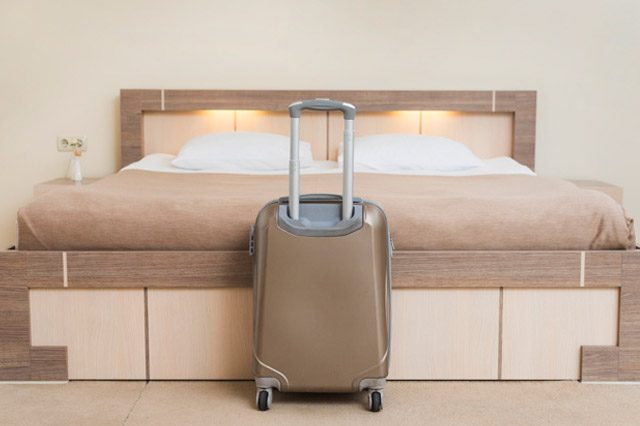 The Hotel and Restaurant Association of Western India (HRAWI) has welcomed the GST Council’s decision to reduce the slab-wise GST rates on hotel room tariffs.

Federation of Hotel and Restaurant Associations of India (FHRAI), the apex body of hotel industry has welcomed the decision stating that ahead of the festive seasons, the industry anticipates the move to give boost to tourism and hospitality. The reduction of GST rate from 28 per cent to 18 per cent effectively reduces the cost borne by a guest by 10 per cent translating to significant savings with higher tariffs.

“This is a welcome relief for the hospitality industry and we applaud the move. FHRAI has consistently been voicing concerns with regards to the GST rates and its effects on the tourism and hospitality. It is heartening when the Government responds positively to continuous petitioning by the Association. FHRAI and HRAWI have been constantly following up with the Government since the introduction of the GST regarding the high rates and its consequential effects not only on the industry but also the revenue earned by the Government. We are glad that our voice has finally been heard. The reduction in the GST rate will make India an attractive tourism destination to foreign as well as domestic tourists who presently choose to vacation in the neighbouring countries on account of price competitiveness,” says Gurbaxish Singh Kohli, Vice-President, FHRAI and President, HRAWI.

“While the 10 per cent reduction in GST rates is definitely a step in the right direction, we still need to bring in long-term policy changes for the sector. The restaurant sector is still hit with no Input Tax Credit (ITC) and GST on rent which directly adds to the fixed costs. But we feel confident that we will be able to make the Government identify with this as a problem. As always, FHRAI and its other four regional arms will continue to work inclusively with the Government to bring positive changes in hospitality and tourism,” he adds.

The GST rate on room tariffs up to ₹1,000/- remains unchanged at 0 per cent. The HRAWI has pointed out that neighbouring countries pay 5 to maximum 12 per cent GST or equivalent tax on room tariffs. Even after lowering of the GST rate to 18 per cent, hotels in India continue to remain the highest taxed in the world.

“HRAWI’s contention is that Hospitality and Tourism have unlimited potential for job creation and Forex and revenue earnings for the Government. So, while this reduction in the GST rates is much welcome step, with a more pragmatic taxation policy, the exchequer could stand to earn three times current earnings by increasing the base as well as open up massive employment opportunities. We are very hopeful that the Government will consider policy revisions for the sector to realise its full potential and include Hospitality and Tourism into the concurrent list, which has been our humble demand for a very long time now,” concludes Mr Kohli.