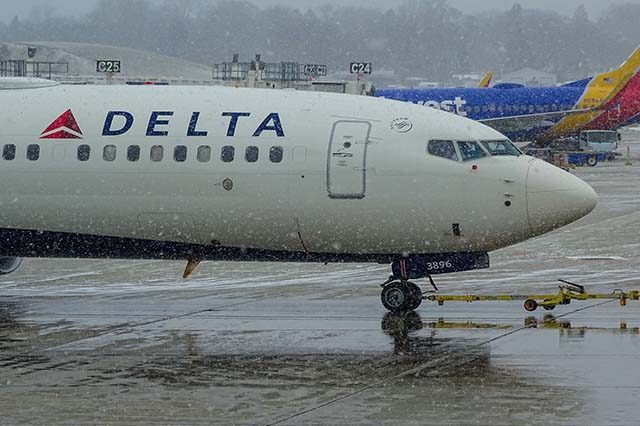 Flight connects financial capitals of United States and India, linking New York-JFK and Mumbai with the only nonstop service by a U.S. carrier.

Delta Air Lines will begin flying nonstop from Mumbai to New York’s John F. Kennedy International Airport from December 24, 2019. This route establishes a new link between the financial capitals of two large trade partners and boosts competition, choice and options for customers traveling between India and the United States.

“Delta’s nonstop service between New York and Mumbai is the latest example of our international growth as we strive to connect the world better than any other airline” said Ed Bastian, Delta’s Chief Executive Officer.

Connecting through New York’s JFK, customers have access to more than 50 onward destinations throughout North America, Latin America and the Caribbean. Demand for flights between the U.S. and India has increased by 60 percent in the last decade, and New York is the largest U.S. market to India with the largest base of corporate customers.

“Delta’s return to India in time for the holiday season marks a milestone for the company,” said Roberto Ioriatti, Delta’s Vice President Transatlantic. “Our nonstop service is the fastest way for customers to travel between Mumbai and New York and thanks to the huge range on onward flights from our JFK hub, Delta is really opening up America for Indian-based business and leisure customers.”

Rajeev Jain, Chief Executive Officer, Mumbai International Airport Ltd said “Flights between Mumbai and New York will provide most improved connectivity between the countries and will be extremely convenient for Indians travelling to and from the U.S.”

The new service between Mumbai and New York-JFK will become Delta’s second-longest flight, and the airline will deploy its newly renovated Boeing 777-200LR aircraft on the route, featuring the Delta One Suite – an all-suite business class cabin – as well as the premium economy offering Delta Premium Select, in addition to Delta Comfort+ and Main Cabin options.

Onboard, customers can enjoy a range of services, including free mobile messaging via WhatsApp, iMessage and Facebook Messenger thanks to the on-board Wi-Fi. Delta also offers on-demand in-flight entertainment, with movies from Bollywood and around the world available on seatback screens or to download to a mobile or tablet device. There are also amenity kits available in premium cabins plus pillows and blankets for increased comfort for Main Cabin customers and regional cuisine.

Passengers in the Delta One cabin enjoy a private space accessed by a sliding door with personal stowage areas and fully-flat bed. They also have the ability to choose their main meal in advance of their flight so they may receive their first choice dish.

Customers can today access New York and the rest of Delta’s U.S. network from Mumbai via its European hubs at Amsterdam, London Heathrow and Paris Charles de Gaulle through Delta’s partnerships with Air France, KLM and Virgin Atlantic.

Delta has grown its presence in New York City by over 65 percent in the last 10 years and today operates more than 500 peak-day departures from its hubs at LaGuardia Airport and John F. Kennedy International Airport – including more than 200 daily departures from JFK, where Delta and its partners serve 43 international destinations in 32 countries.