Home » THE CLUB » Investors will continue to back bigger players in the co-working segment in 2020: Anuj Puri 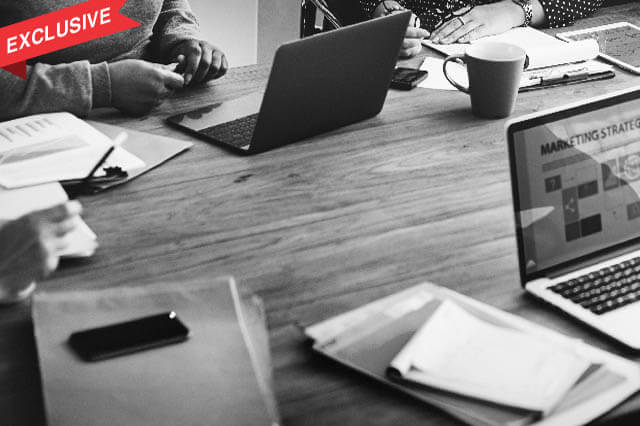 The overall supply of co-working spaces in India has crossed 12 mn sq. ft. across the top seven cities and, assuming the annual growth rate between 15-20%, it is estimated that the overall supply in this segment will reach nearly 15 mn sq. ft. by the end of March 2021.

At present, there are over 200 co-working space providers operating across India with the top 7 players in the segment alone operating over 350 centres across multiple cities in the country.

Manish Joshi from NewsBarons connects with Anuj Puri, Chairman of Anarock Property Consultants who informs ‘PE funds and institutional investors will continue to back bigger players in this segment in 2020, allowing them to scale up, expand and offer a standardised experience to customers at more economical prices’.

NB: What boosted the growth of Co-working spaces in India?

Anuj: Co-working spaces are cost-efficient for companies by as much as 15-

25% in comparison – as it cuts down their rental costs, fixed capital investments and property maintenance. These spaces also provide the best alternative for freelancers, women employees seeking flexibility and for those looking to be stationed at prime locales with easy connectivity and faster commute options.

With these hip working spaces high on technology, experience and sociability, co-working is no longer just the go-to option for new-age start-ups and entrepreneurs – it has now expanded its reach to mainstream corporates, as well. For instance, global tech-giant Google leased office space with co-working operator Simpli Work in Gurugram to expand its operations. Even banks and telecom companies are keen on their teams to operate away from headquarters and closer to entrepreneurs. And, with millennials set to form 50% of the global workforce by 2020, this burgeoning and influential segment will continue to drive demand for such spaces.

NB: What has been the total investment in the Co-working space till date?

Anuj: Co-working spaces are fundamentally capital-intensive and revolve around multiple variables such as design, technology and customer service. Thus, the backing of institutional capital is a crucial differentiator. Institutional funding to the co-working space has gradually evolved and grown. While in 2017, most of the deals were driven by angel investors and only a few PE players, 2018 saw the maximum deals driven by large PE players and venture capitalists. This trend continued in 2019, which witnessed strong investor confidence in India’s co-working story with three major deals being inked.

NB: How has been the growth of Co-working spaces in Tier II & III cities in India?

Anuj: The demand for co-working spaces is percolating down to Tier 2 & 3 cities, albeit at a slower pace than tier 1 cities. Cities such as Jaipur, Ahmedabad, Coimbatore, Indore, Kochi amongst others are beginning to see some activity in this segment in the recent past. One major factor to drive growth in smaller cities in the future would be the Smart City mission of the government. Many of the smaller cities enlisted under the scheme have shown visible progress and going forward they will create ample job opportunities which in turn will give rise to demand for co-working spaces.

NB: What have been the major challenges for Co-working space providers in India?

Anuj: Co-working spaces come with certain risks and conditions. In the Indian context, most co-working firms are struggling to identify the perfect business model: sub-lease, ownership or JVs. In fact, many firms had to shut their shop because they were unable to get the same return on their investment as the prevailing market rate. Moreover, for some these spaces have security issues and at times over-crowded. Also, it is still perceived by many companies as a major divergence from the conventional style of work.

The success of co-working space hinges on the operator’s capacity to scale up: Anuj Puri

NB: Has the stand alone office or commercial segment been impacted by the growth of Co-working spaces in India?

Anuj: Not really, while co-working space has its own growth story since the last few years, the commercial real estate leasing market in India has also been on an upswing. Large companies continue to follow the traditional form of business by leasing office spaces in prime locations across the top cities in the country. As per data, there was a rise of 19% in the overall leasing activity in 2019 in the top 7 cities to nearly 40 mn sq. ft. as against the preceding year. Of total space leased in 2019, just 12% was in the co-working space. This clearly indicates that while co-working space may have its own demand, the conventional office spaces are here to stay along.

NB: With exponential growth in Co-working space providers, is consolidation/acquisition of properties the next growth move for major players?

Anuj: Co-working spaces come in all sizes and variants (even a basement office with about a dozen seats technically qualifies as a co-working space) but not every co-working business is profitable. The success of the business model hinges on the operator’s capacity to scale up, and not every company may have the financial bandwidth or resources to do that. Survival in such a competitive environment will be a challenge for smaller players, and we will see more mergers and acquisitions in 2020. The consolidation wave had already begun in 2018, with major acquisitions like One Co.Work acquiring IShareSpace and AltF CoWorking acquiring Noida-based Daftar India. The trend continued in 2019 with Oyo taking over Innov8 for INR 220 Cr. In 2020, we will see smaller or city-specific operators merge with national players looking to enter or establish themselves in tier 2 and 3 markets.