Home » technology » 75F Wins the HOT 1OO: RACE TO GRACE 2017 Award Presented by The Centre of Recognition and Excellence 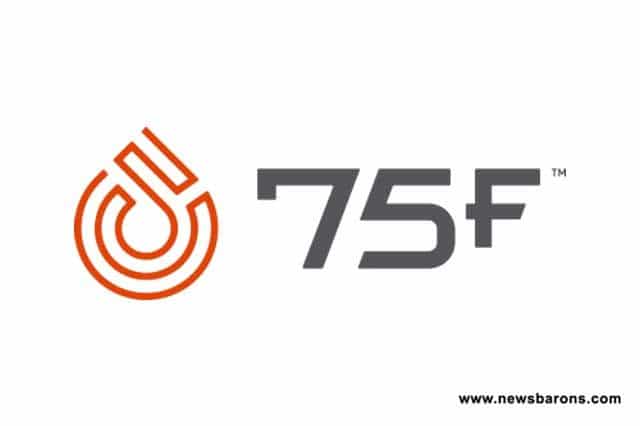 Bengaluru, India – March, 2017 – The Centre of Recognition and Excellence (CORE Media Group) presented 75F with the ‘HOT 1OO: RACE TO GRACE 2017 Award’ amidst a gathering of eminent CIOs, angel investors, industry stalwarts, VCs, and corporate heads on the 15th of March in Mumbai. The HOT 100 award honours startups providing unique and disruptive technology solutions that work, deliver real benefits, are innovative and potentially address the market at large.

75F was awarded the HOT 100 Award for its HVAC solution ‘Dynamic Airflow BalancingTM”, which is a self-optimizing system that was recently launched in the Indian market. Leveraging Internet of Things (IoT) design philosophy and the power of cloud computing, the 75F solution achieves what was once thought to be only theoretically possible – continuous commissioning or perfect air balancing. Smart algorithms model the thermal envelope of the building and send the optimal control strategy to the building to maximise

energy savings without sacrificing comfort. The predictive thermal model helps in deploying the most efficient HVAC plan every day.

Commenting on receiving the award, Gaurav Burman, VP & Country President, 75F India said, “ We are thrilled to be awarded the HOT 100 Award. We thrive on creating intuitive technology, making an impact and challenging the status quo. We aim to make a difference while refocusing the industry on why buildings are built in the first place: to provide an environment in which occupants can thrive. Being recognised for our disruptive technology and potential is certainly a huge encouragement for us to keep innovating. Saving energy never felt better.”

“Through the Hot 100 Awards we have curated the most validated, trustworthy and promising technology startups in the country,” said Anoop Mathur, Founder & President at Centre Of Recognition & Excellence. “This is done with help of the CIO community,Angel Investors and the ICT Ecosystem Mentors. I’m very excited for the winners who demonstrated innovation and excellence, with outstanding achievements. I congratulate them on winning this elite tag.”

This was the third edition of the Hot 100 Awards, which this year saw a significant number of entries and the 23 jury member panel was hard pressed to select the winners whose creative use of technology made them stand out. Entries were received from a wide array of fields, from Cloud and Data Analytics to Healthcare, Education, Social Media, eCommerce, IoT, and BFSI, among others.

Winners of the HOT 1OO: RACE TO GRACE 2017 Awards were determined by public voting coupled with scores from an imminent pan-India jury panel. The panel comprised industry stalwarts—CIOs, Investors, Analysts, Commentators and Industry Leaders—who allocated scores and basis their expertise finalised the winners. The selection was made by evaluating the startup’s technological innovation, team strength, opportunity size, and product value proposition. The HOT 100 Awards are a celebration of the entrepreneurial spirit and seek to recognise and reward India’s most dynamic enterprise-focused startup businesses. Having earned this validation and honour, startups have a platform through which they can introduce their company to the world.

75F is a building automation system that leverages Internet of Things to make commercial buildings more comfortable, energy efficient, automated and smart. In partnership with UNEP Sustainable Buildings and Climate Initiative, 75F is committed to the mission to reduce carbon emissions.  Ceaselessly contributing in the IoT segment, the company has several awards and titles to its credit. In an interview with St. Paul Business Journal, it was conferred with the title of ‘Titans of Technology-2016’. Likewise, 75F also bagged the Eureka awards 2016. The year 2014 was marked as the company’s milestone year with a number of Regional Entrepreneurial competition and the Minnesota Cup 2014, along with winning $100K from AOL founder Steve Case. In 2016, it was enlisted in the ASSOCHAM “Top 50 Indian SME’s Index” and also won the coveted the Energy & Clean Tech category for the 2016 Tekne Awards.