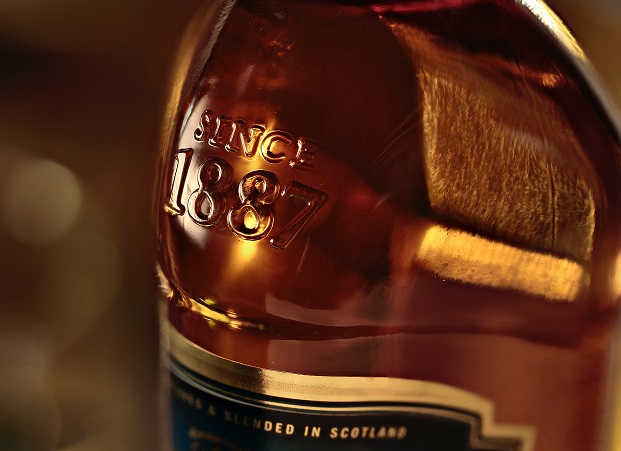 31% and 14% of Indian Ultra High Net-Worth Individuals (UHNWIs) collect Whisky and wine respectively, as a passion led investment; Wine is the global preference for passion investment

The Wealth Report 2019, released today, reveals that new entrant whisky has topped the Knight Frank Luxury Investment Index (KFLII), surging in value by 40% over the 12 months to Q4 2018.

The Knight Frank Rare Whisky 100 Index, featured for the first time in the KFLII and compiled by Rare Whisky 101, contains 100 bottles of the world’s most desirable rare Scotch whisky. The index tracks actual UK auction prices of these bottles, finding that over the past ten years’ values have increased by almost 600%.

The most significant sale of 2018 was a unique bottle of Macallan 1926, hand painted by Irish artist Michael Dillon, that sold for a record-breaking £1.2million in November. This incredible rise in values has been partially driven by the Asian market, as sales of Scotch whisky to India, China and Singapore rose by 44%, 35% and 24% respectively in the first half of 2018 according to the Scotch Whisky Association, with single malts totaling almost 30% of total exports.

commented: “The stunning price growth of rare single malt whiskies shows that the appetite for new “alternative” asset classes remains strong among high-net-worth investors. However, we are seeing growth soften for some of the other asset classes in KFLII like classic cars that had been performing exceptionally strongly. This is partly down to a slowdown in activity by speculative investors and a return to a genuine collector-driven market. Despite this, the best examples in each asset class are still setting records when they come up for sale.”

The KFLII shows that whisky is followed by coins (12% annual growth) and wine and art (9% growth). In terms of Art – KFLII’s top performing asset class in 2017 – we now track the performance of works by 10,000 artists using the AMR All-Art Index to provide a more complete view of the market.

Record-breaking sales also took place for a number of the KFLII’s other asset classes in 2018:

Key findings from the Attitude Survey:

Shishir Baijal, Chairman & Managing Director, Knight Frank India, says “Indian UHNWIs prefer whisky as a passion led investment whereas globally, the preference is more skewed towards wine. Whisky is increasingly taking shape as an alternate investment class for Indians who appreciate not only the taste but also the prestige that comes with collecting rare bottles of whisky.” 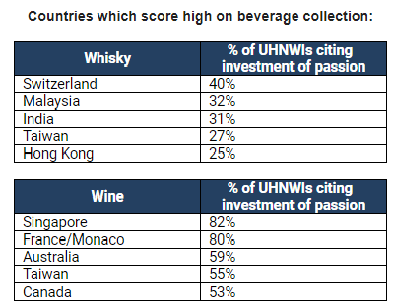