The major share of online shoppers in India includes millennials (Gen Y) aged 18-35 who currently account for 34% of the population.

While e-commerce and brick-and-mortar stores will continue to co-exist in India, e-commerce currently has a definite edge over physical retail in India’s tier II and tier III cities, warns ANAROCK Retail’s report ‘Rebirth of Retail Malls: New, Improved and Revitalized’.

The report, which was released at the India Retail Forum (IRF) in Mumbai today, mentions that India’s tier-II / tier-III cities will also be key contributors to the country’s retail growth going forward. The organized retail market is growing at CAGR of 20-25%.

“Nearly 100 million people out of India’s 300-400 million-strong middle class currently live in tier-II and tier-III cities,” says Anuj Kejriwal, MD & CEO – ANAROCK Retail. “This indicates that a significant portion of Indian retailers’ target clientele lives in the non-metro cities. In cities such as Jaipur and Surat, household incomes are expected to cross Rs. 800 billion and 26 other cities will cross Rs. 400 billion by 2020.”

“Considering the rising purchasing power and the consumption pattern in these cities, the slow deployment of physical organized retail there is worrisome.”

“Investors and mall developers are beginning to realize the massive potential of these ‘smaller’ markets and trying to make their presence felt,” says Kejriwal. “However, the speed of quality retail deployment must pick up a considerably faster pace to leverage the huge opportunities India’s tier-II and tier-III cities offer.”

The report warns that the lack of physical outlets is allowing e-commerce to flourish in these towns and cities. This main competitor to physical retail is growing rapidly and is expected to cross USD 100 billion of value by 2020. The major share of online shoppers in India includes millennials (Gen Y) aged 18-35 who currently account for 34% of the population. The high purchasing power of this online shopping population is insufficiently tapped in these cities due to the lack of good quality physical retail spaces.

The report emphasizes that retailers have several advantages in tier-II and tier-III cities over tier-I counterparts:

While retail sales density in smaller cities will be lower than in metros, adoption of innovative models and diverse product mixes assures retailers not only of survival in tier-II and tier-III cities but also of steady growth.

On a larger scale, the report confirms that the Great Indian Mall Story is alive and growing rapidly. As much as 91% of retail sales in the country are driven by brick-and-mortar stores in India.

With respect to the quality of the operational mall stock, around 40-45% meet ‘good quality’ requirements, 30-35% of them are in the mediocre range, while the remaining in the weak category. In the next 5 years, good quality stock will increase by 10-15% while the mediocre and weak stock may decline by 5-10%, respectively.

The report also examines the syndrome of failed and struggling malls, and envisages re-inventing strategies for retail malls to strengthen their positioning in the evolving digital era. It makes a strong argument for the Technology Imperative as physical retail’s only viable means to counter e-commerce competition.

In a country like India that boasts of a population of 1.35 billion and the rapid adoption of the tech-savvy culture, modernization and innovation are critical for the survival of brick-and-mortar stores.

In the final analysis, the advantage that physical retail has over e-commerce is essentially the ‘experience’ factor. By uniting conventional methods with key success elements of digital experience, brick-and-mortar retailers can offer consumers an experience surpassing that of online shopping. 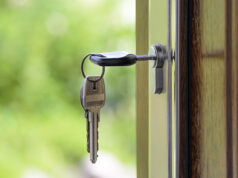 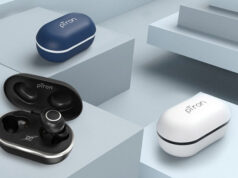 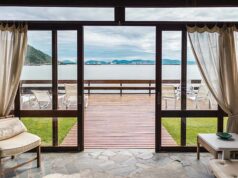