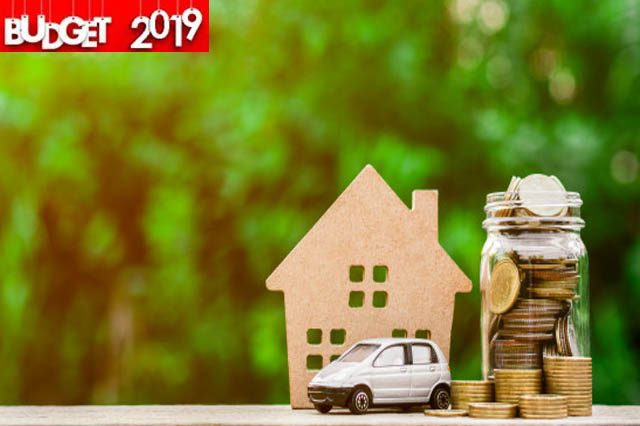 The focus of the budget has been to attract foreign flows to access foreign savings, bring in Financial sector reforms to push credit growth, infrastructure development through national and state highways, inland waterways and aviation.

The Fiscal restraint shown by the government despite general expectations of fiscal slippage to boost domestic growth is important and a big positive. I think the tax revenue assumptions seem credible with lower GST and Income tax revenues and shortfall being managed through higher dividends (from RBI) and higher dis-investments. The expenditure assumptions have been broadly kept unchanged from the Interim budget. I think the Nominal GDP growth assumption at 12% as compared to 11.5% in Interim budget is on the higher

The budget announced a number of measures which would take the economy on robust growth path and propel the economy towards the USD 5.0 trillion GDP target of the government. The focus of the budget has been to attract foreign flows to access foreign savings, bring in Financial sector reforms to push credit growth, infrastructure development through national and state highways, inland waterways and aviation.

The government announced a slew of measures to attract foreign flows. The key among them was the announcement to raise some amount of sovereign debt externally. This would help both in attracting foreign savings as well as in reducing the domestic borrowing pressure and the crowding-out impact. The government also announced a slew of other measures to attract foreign capital like 100% FDI in Insurance Intermediaries, to examine further opening up of FDI in aviation, media and Insurance and has allowed FPIs to subscribe to listed debt securities issued by InvITs and REITs.

On the Financial sector reforms, the government announced capital infusion of INR 700 bn in PSU Banks. Also, to address the stress in the NBFC sector, the government announced a one-time six months’ partial credit guarantee for first loss of up to 10% to incentivise PSU banks to purchase high -rated pooled assets of financially sound NBFCs to a total of INR 1 trillion.

Another key take away from the budget is on relaxing the minimum threshold requirement of 51% Government ownership for a PSU by including stake of Government controlled entities. I think that this would lead to larger sell-down of government stakes since the 51% effective floor will no longer be a deterrent and would enable the government to meet its divestment targets.

The finance minister has delivered a remarkable balancing act while not deviating a lot from the Interim budget numbers but at the same time announcing steps to stay on course to achieve its 10 point vision for the decade.

With 100% FDI permission, we may see some of these global players willing to set up businesses in India. This would also attract Intermediaries catering to only specialised risks like marine etc thus resulting in better product offerings. While this could lead to some market segmentation with global players catering to large/MNC clients and local players largely focussed on SMEs, I think that this would also promote adoption of global best practices/technology in the sector. Further, It will attract more foreign capital savings and result in creating job opportunities.

While the details of the relaxation are not announced, I think it would surely help in attracting large single brand players. This would also lead to increase in FDI investments in this sector and would also create jobs”

[Parimal Heda is the Chief Investment Officer at Digit Insurance]