Home » Retail » RBI should announce a moratorium on principal and interest of all loans for up to 6 months: RAI 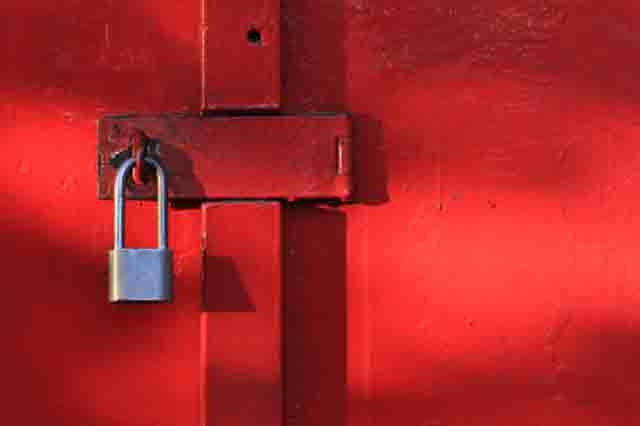 In the wake of the national lockdown due to the second wave of the pandemic, Retailers Association of India (RAI) has appealed to the Finance Minister of India for urgent intervention to prevent the sector from slipping into a position of irretrievable financial damage. Retail businesses across the country are among the worst hit as several states have mandated lockdown of malls and shopping complexes where most of modern retailers operate.

The industry is finding it hard to survive through the immense financial stress that is threatening to derail businesses. It is imperative that the Government of India steps in with requisite support to save the Retail Sector in India.

Speaking about the state of the retail industry in India, Kumar Rajagopalan, CEO, Retailers Association of India said “Keeping in mind safety of customers and our workforce, retailers appreciate the steps taken by the government to curb the spread of the pandemic. As of now, almost 80% of the retail stores are closed due to various restrictions across states, and the few stores that remain open do not have footfall. The cash inflow of the industry has come to a standstill, while the fixed operating costs remain intact. With zero revenues retailers are still expected to pay overheads such as salaries, electricity and rentals. If a timely relief package is not provided by the government to ease the financial stress, then the industry will find it hard to survive this second wave.”

Also Read: Space inside malls and retail stores can be used for vaccination of general public: RAI

In a submission to the Ministry of Finance, RAI has recommended that the Ministry of Finance and the Reserve Bank of India step in at the right time to bring some relief to the mounting stress on the retail businesses in the wake of the COVID-19-Second wave. The immense financial duress faced by the retail sector will adversely impact both livelihood and the banking sector’s exposure to the sector as retailers start to become insolvent.

In the submission, Retailers Association of India (RAI) have called out the following much needed relaxation measures to avoid NPA (Non-Performing Assets) situations in retail business:

1. Extend the benefits of ECLGS 3.0 to Retail Companies: The government has extended the INR 3-lakh-crore emergency credit line guarantee scheme by another three months till June 30, 2021 and also widened its scope to new sectors, including hospitality, travel and tourism.

Recommendation: RAI recommends the finance ministry to extend the benefits of ECLGS 3.0 to retail companies also. The expert Committee made under the chairmanship of Shri K.V. Kamath has recommended financial ratios for 26 stressed sectors which could be factored by lending institutions while finalizing a resolution plan for a borrower. Corporate Retail Outlets is one the 26 sectors, selected by The Kamath panel under the ‘Resolution Framework for Covid19-related Stress’.

While this was explicitly mentioned during the announcement of ECLGS 2.0 it has not been clarified in the notification which announced ECLGS 3.0

RAI recommend that this be clarified immediately and that ECLGS funds be made available to the retail sector. Availability of additional funding facility to the eligible retail business will go a long way in contributing to retail revival, protecting jobs, and creating conducive environment for employment generation.

2. Announce a moratorium on principal and interest for 6 months for the 26 stressed sectors: Retail sector represents an investment of INR 2,50,000 crore and almost INR 75,000 crore could turn NPA if urgent measures to ease the working capital challenges are not taken by the Reserve Bank of India and the Government of India. This will put at risk almost 3 million jobs directly in the retail sector. Associated sectors that depend upon retail would also be similarly impacted. In Textile sector alone, across the entire value chain almost 10 million jobs are at risk. Further, it will extinguish the engine that can kick-start a consumption led recovery for our economy.

Recommendation: In light of the above, RBI should announce a moratorium on principal and interest of all loans for up to 6 months.

3. Mandate banks to give ad-hoc working capital loans of 30% more than current limits so that critical payments like salaries and wages can be made.

4. Provide Interest subvention to reduce the burden of interest: In the aftermath of Covid-19 lockdown, retail businesses have to deploy higher levels of capital to tide over the periods of no-revenue or low revenue. Retailers operate with very thin margins unlike manufacturing firms and have little fiscal room to absorb the increase in the interest burden.

Recommendation: To help the industry deal with the higher interest burden, interest rates on all loans to retail industry be reduced to an effective rate of 6% through suitable mechanisms such as interest subvention schemes.

India will always be a consumption Economy, and strain on the retail industry cripples the entire value chain, which involves manufacturing, entertainment, right down to artisans and other micro-enterprises, leading to layoffs and downscaling or even shutting down operations widely. The entire retail industry is willing to play their role in economic revival, but it will not be possible without government support.