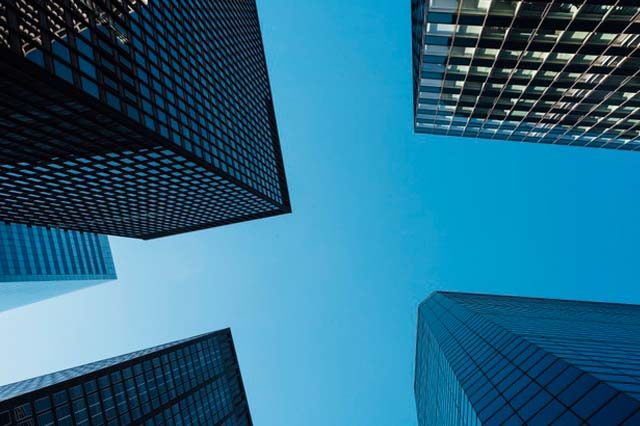 Knight Frank, the independent global property consultancy, has come up with commercial research on Asia Pacific Capital Markets. With ongoing trade tensions and heightened economic uncertainties, many Asia-Pacific central banks have opted for a more dovish stance on their monetary policies. In the past six months alone, five Asia-Pacific central banks have cut their benchmark interest rates following weaker than expected economic readings.

The Reserve Bank of India (RBI) has cut its benchmark interest rate by 75 bps in 2019. With the latest cut of 25 bps in June 2019, the RBI reduced the benchmark rates to 5.75%, citing the slowdown with its economy and inflation being in the lower end RBI’s target range. India’s GDP growth fell sharply to 6.6% in Q4 2018, surprising the market following the 7.1% and 8.2% GDP growth recorded in the previous two quarters. 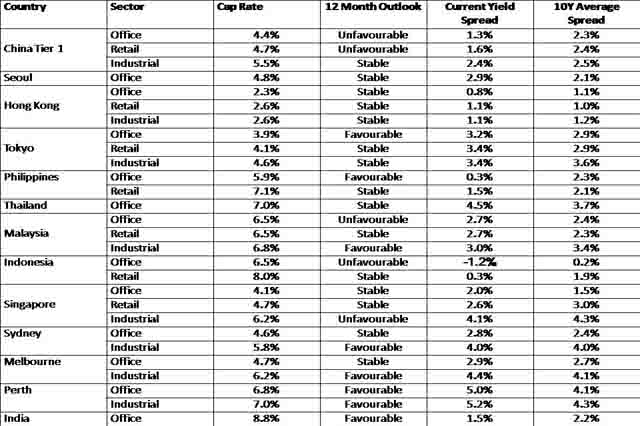 “India’s office market offers some of the best returns for investors with over 8% yield, based on the fact that the underlined demand – supply dynamics are favourable for investors. This is demonstrated by the fact that 4 out of 8 office markets have single digit vacancy levels underscoring the strength of this segment. H1 2019 recorded the highest ever, 6 months, office transactions of over 27 million square feet.” said Sharad Agrawal, Executive Director- Capital Markets, Knight Frank India. 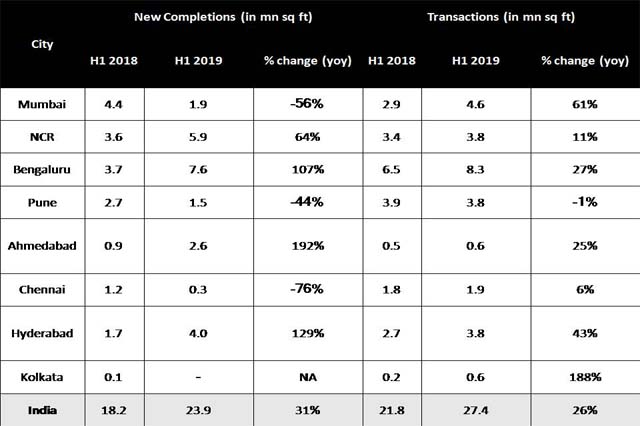