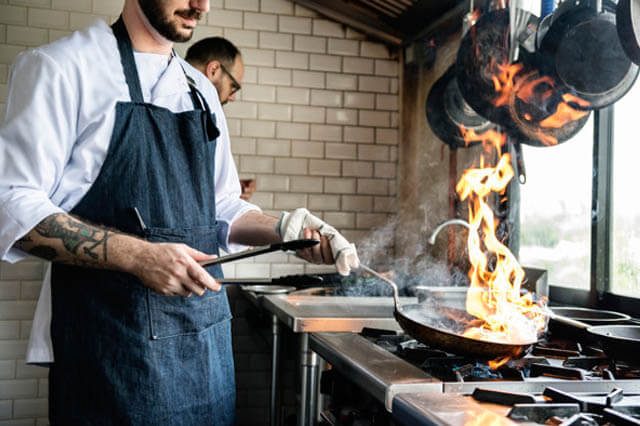 The Federation of Hotel & Restaurant Federations of India (FHRAI) is the apex body of the Indian Hospitality industry.

NRAI and FHRAI are two national representative bodies of the Industry and their coming together as a group is a very significant development meant to send out a strong message to the FSAs about their highly-detrimental and predatory trade practices. Several city-based and affiliated bodies joining the campaign strongly indicate that the pain is being felt across the entire industry and everyone is aligned together in this movement.

“The group recognizes the need for a peaceful co-existence of the Hotel and Restaurant Industry with e-commerce aggregators, but is also very clear that the terms of engagement between the two sides have to be equal at all times, that no one can usurp the role of the other, and aggregators cannot dominate the Industry or conduct its business in a manner that is detrimental or negatively impacts the Industry’s growth or profits,” says Gurbaxish Singh Kohli, President, Hotel and Restaurant Association of India (HRAWI) & Vice President, FHRAI.

“The group is further clear that these aggregators, who are heavily funded by Private Equity Funds, have to recognize that their role is that of a ‘market-place and/or a service-provider’, akin to a travel agency or a discovery platform like Yellow Page of yore. Their role is to merely aggregate services of the Industry; they DO NOT represent the Hotel and Food Service Industry. Therefore, they cannot decide or dictate commercials terms to and on behalf of the Industry,” adds Mr Kohli.

The united Associations have identified the following core complaints and grievances, against Zomato and others aggregators as under:

1. Deep Discounting
2. Lop Sided / Oppressive Contracts with arbitrary rule changes
3. High Commissions, high Penalties and unilateral changes to them
4. Delayed Payments and unreasonable Penalties
5. Unreasonable Additional Charges
6. Unethical Practices such as showing a restaurant closed when riders are unavailable
7. Private Labels
8. Forced Use of Delivery Services
9. Unreasonable & Arbitrary Rules of Engagement
10. In transparency and inconsistency of Search Algorithms
11. Imposed Certification
12. Data Masking of OUR OWN CUSTOMERS from us
13. Employing Coercive Tactics by threat of drop in rating etc.
14. Breach of Promise & Changing Goalposts; Zomato Gold is a classic example
15. Surreptitious attempts to collect OUR CUSTOMER DATA through schemes such as Free Wi-fi etc.

“This group also unanimously agreed that the ZOMATO GOLD is an extremely detrimental product for the Industry and strongly opposes the same. It is clothed in such a manner that it misleads a few gullible members into disastrous consequences. The FSAs are slowly but surely gaining dominance with the help of massive funding being made available to them through venture funds and private equity capital, the funds are then used towards several unfair trade practices. As responsible industry bodies, we stand strongly to protect their interests,” says Mr. Katriar, President, NRAI.

“The group has joined hands to save the Industry, protect its individual member entrepreneurs and the Hospitality & Food Service Industry from becoming sick, and will not hesitate in embarking on a nationwide agitation and resistance against Zomato and others if its demands are not met within a stipulated time frame,” says Pradeep Shetty, Vice President, HRAWI & Jt. Hon. Secretary, FHRAI.

• The world respects those who assert their rights to get their own, the justice they seek and deserve.
• We have to take back control over our Industry, our Business, and stop the pretenders in their tracks from dictating to us and controlling our lives.

This group of United Associations moots the following five-point charter towards realizing the above objective of #TakingBackControl.

This group further sends out a strong message to all FSAs that they must:

1. Always CONSULT us
2. Never APPEASE customers solely at our cost
3. Always ensure our PROFIT as you ensure your GMV-led valuation
4. Never POLICE us
5. Never COMPETE with us

With this five-pronged charter, the group clarifies that tech start-ups masquerading as new age businesses are a mere digital extension of a traditional market place. The service providers offering aggregated services such as Discovery and Directory will henceforth be recognized by the Industry as ‘Ancillary Service Providers’.

“FHRAI along with its constituent bodies across India and NRAI is committed to educate its members and the F&B fraternity at large, as well as the Government, media and most importantly its guests that it will in no way allow these ‘ancillary service providers’ to be considered as ‘partners’ which nomenclature has been conveniently abused to confuse everyone into thinking they represent the primary business of Hospitality and Food Service,” concludes Mr. Kohli.

FSAs are being informed they should stop pretending to be the guardian of service taking customers as well as try to participate in defining the rules of trade.