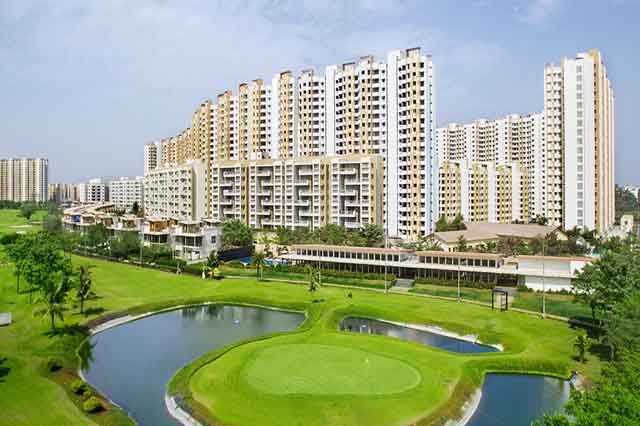 Lodha Group and ESR India have announced their partnership for the development of ESR-Lodha Industrial Park at Palava City (the “Industrial Park”).

Lodha Group has established a solid track record in rental asset classes like logistics, industrial, offices and retail. Through this landmark collaboration that leverages Lodha Group’s development expertise and ESR’s industrial know-how, the two parties will build a best-in-class industrial park which comprises 17 institutional-grade speculative and non-speculative buildings developed on an 89-acre site. Moreover, it is expected to be the first and largest master-planned industrial park in Mumbai, India. The total investment is estimated to be US$100 million. The development is part of the 170-acre Industrial Park at Palava City and will include non-polluting manufacturing, logistics and warehousing.

The partnership holds a great significance as it comes immediately after the election. It reflects the market’s confidence in India’s economic prospect and foreign cross-sector collaborations.

ESR-Lodha Industrial Park at Palava City will be the only industrial park development within the area as an extension of Palava City, the first greenfield integrated smart city in India. Strategically located at Palava in the Mumbai Metropolitan Region and conveniently connected with major infrastructure and transportation systems including the Taloja-Khoni Road, Jawaharlal Nehru Port Trust (JNPT) and the upcoming Navi Mumbai International Airport, the industrial park neighbours some of the largest multinational and domestic corporations from a variety of industries.

Palava City is a 4,500-acre Greenfield smart city in Navi Mumbai developed by Lodha Group. Designed to become an intelligent, systematic smart city, Palava is now among the fastest growing cities in India and the world. By 2025, it is estimated that Palava will have an economy of US$10 billion.

Shaishav Dharia, Regional CEO, Lodha Group remarked “Palava is a vision for modern living. Building a successful smart city from the ground up is not just about technology. We need a strong ecosystem supported by robust economic opportunities to sustain the city’s development over the long term. As we build Palava into a world-class city, we are most delighted to partner with ESR, a leader in logistics and industrial development that shares the same vision as Lodha Group does. Together we will bringhigh-quality infrastructure and solutions to businesses, and promote the betterment of real estate and the wider community of India.”

Abhijit Malkani and Jai Mirpuri, co-CEOs of ESR India, added “We are excited to make a significant contribution to the ‘work’ element of India’s first smart city where Live, Work, Play and Learn are all integrated into a cohesive masterplan. All ESR developments in India are ‘smart parks’, which feature modern manufacturing & logistics facilities and cutting-edge technologies, including smart security, vehicle management and a range of other features. Committed to the highest standards of design, construction and operation of green buildings, we design each of the buildings to the superior quality as certified by the Indian Green Building Council (IGBC) or USGBC’s Leadership in Energy and Environmental Design (LEED). With these state-of-the-art facilities and features, coupled with Lodha Group’s exceptional expertise and brand name, ESR-Lodha Industrial Park at Palava City is set to become a landmark project that pioneers the logistics and industrial developments in India.”

Jeffrey Shen and Stuart Gibson, ESR co-founders and co-CEOs, jointly stated, “We are very excited to collaborate with Lodha Group to introduce best-in-class modern industrial infrastructure to India’s No. 1 smart city, enabling businesses and the community to thrive in an efficient, technologically advanced and well-governed environment. We believe this strategic partnership will not only accelerate the expansion of ESR India’s platform, but also drive the long-term growth of the country’s industrial and logistics real estates.”

ESR-Lodha Industrial Park at Palava City will be developed in three phases, with completion expected in 30-36 months.