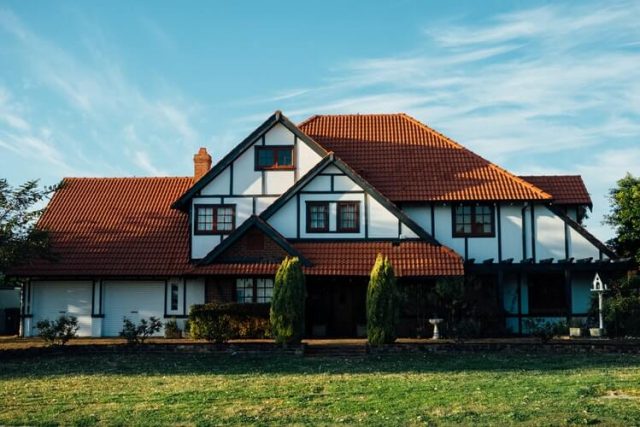 Institutional investors invested more than USD 4 bn funds across the country’s real estate segments in 2018, states ANAROCK Property Consultants’ latest report ‘Private Equity in Indian Real Estate’. The commercial office segment saw the highest inflows, accounting for a massive 70% share of the total institutional investments into the industry in 2018. Retail real estate came in a distant second with 7%, and the residential sector drew the least private equity among the three sectors, with less than 7% of the overall share.

The report says that out of the total PE inflow of USD 14 bn into the sector in the last four years, 2017 and 2018 collectively saw the maximum investments to the tune of USD 8.6 bn.

Shobhit Agarwal, MD & CEO – ANAROCK Capital says, “Currently, funding is a major hurdle for the Indian real estate’s growth prospects – especially post the NBFC crisis. Private equity funding is the best alternative for developers who qualify for it. Despite a decline of 9% in PE inflows in 2018 against the preceding year, 2019 will bring a marked increase in private equity funding because of India’s first REIT listing.”

“From this point onward, commercial real estate – especially Grade A office spaces – will attract considerable investments,” he says. “Nevertheless, much of the industry’s prospects also hinge on the outcome of the upcoming general elections. Institutional investors will continue to pump in funds into the real estate industry if they can rely on political stability, proactive policies and a favourable microeconomic environment.”

The report further states that despite deal numbers declining since 2015, the average deal size has increased by nearly 172% in the last four years – from USD 47 mn in 2015 to USD 128 mn in 2018. Interestingly, the top 5 deals in 2018 alone contributed almost 50% of the total investments during the year. PE investors have become more cautious about selecting and associating with developers; however, once confident, they are making larger investments. 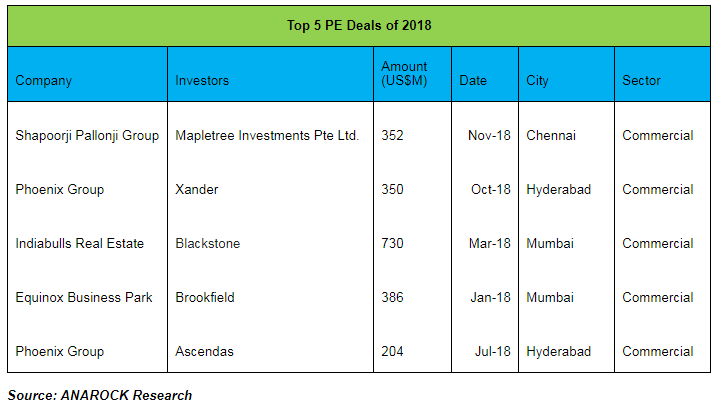 “A segment-wise breakdown indicates that commercial realty saw an annual increase of 27% in PE investments – from nearly USD 2.2 bn in 2017 to over USD 2.8 billion in 2018,” says Agarwal. “High occupancy levels, relatively lower rentals in dollar terms, quality Grade A assets and high-quality tenants are the key reasons for commercial space to draw around 70% of the overall share of the total private equity investments in 2018. Considering high demand, fund exits have been relatively easier in commercial real estate – and with REITs being launched, they will become even easier.”

In less than 3 months into 2019, we have already seen PE equity investment touching almost USD 1 bn, the majority of it coming through a single deal when Brookfield acquired a portfolio of hotel assets of Leela Ventures for USD 570 mn recently.

Also, investors’ interest in long-term real estate plays with preferred developers continues to be visible with more than USD 500 mn of additional platforms getting created in just 2.5 months. As we speak, the REIT offering by the Blackstone – Embassy Group is ongoing. If the interest for this new investment platform is as expected, it will open a new chapter in the country’s real estate space.