If one adds up the numbers for the top 7 cities, it emerges that the residential real estate launched in or before 2013 that is stuck in various stages of (non) completion is collectively worth a whopping INR 4,64,300 crore for a total of 5,75,900 units that are yet to be delivered to their respective home buyers.

Incessant project delays, dodgy activities of some developers and land litigation issues have plagued the Indian real estate sector over the last several decades, not helping its domestic and international image. Realizing the significance of real estate on the economy of the country, the Government has, over the last few years, been taking active measures to bring in greater transparency and efficiency.

However, despite the implementation of game-changing policies like RERA and GST, the issue of stalled or delayed projects that has primarily been at the core of buyers’ discontent is yet to be addressed satisfactorily.

If we add up the numbers for the top 7 cities, it emerges that the residential real estate launched in or before 2013 that is stuck in various stages of (non) completion is collectively worth a whopping ₹4,64,300 crore for a total of 5,75,900 units that are yet to be delivered to their respective homebuyers.

This is apart from the other inventory under construction which, judging my visible construction progress, will assuredly get delivered over the next 3-4 years. These 5,75,900 units have been stuck since 2013 or before.

As per ANAROCK data, MMR and NCR are the two major regions where maximum units with significantly high values have been delayed since their launch in 2013 or before. As many as 4,10,000 units across these two regions are grappling with some deployment issue or the other over the years, resulting in delayed possession.

The collective approximate value of highly-delayed units in MMR and NCR is a whopping ₹3,60,000 crore. On the other hand, Hyderabad has seen the least project delays during the period, with around 8,900 units worth ₹5,500 crores delayed since 2013 or before.

Major factors contributing to delayed possession of properties across the country include the prolonged liquidity crunch, delayed environmental clearances, land disputes and the non-RERA compliance prevalent across some of the states. Another major hurdle in timely delivery of projects is the shortage of skilled manpower to execute projects and streamline organisational processes.

It is estimated that real estate and construction will require a over 66 million workforce by 2022 across different skill-sets while the shortage for the same is pegged at nearly 2-3 million during the same period. The scarcity of skilled labour invariably leads to project delays. Thus, the Government and the industry need to collectively address the issue by creating the required infrastructure for training the workforce.

The most profound impact of the housing delay is obviously on buyers who have already invested in the said projects, affecting their overall financial planning, increasing the burden of rent along with EMIs, etc. However, the concerned developers are also impacted. To begin with, they have in many cases invested gargantuan amounts of capital which remain locked into these non-performing assets. Secondly, they face severe loss of revenue due to lack of production and loss of profit for their contractors due to higher overhead costs.

In the more serious cases, accelerating the process of the project can also sometimes affect the product quality, at the cost of customer satisfaction, reputation and therefore future business viability (apart from the fact that serious quality deviations will run a developer afoul of RERA, resulting in legal consequences).

Will RERA be effective in freeing up this stock?

The stringent penalty clauses under RERA, increasing awareness among homebuyers, and a pro-customer judiciary have forced real estate firms to focus on timely project delivery and be accountable for the promises made. Besides having to defend themselves against aggrieved customers in courts of law, developers technically no longer have the choice of delaying projects because this is the ‘real’ essence of the new RERA.

However, RERA policies have been flouted across many states where several projects that have been ongoing since years and, thanks to the dilutions, do not come under its ambit. For instance, in Karnataka, all projects that are completed by 60% or more are currently exempt from RERA purview. This is significant since maximum project delays occur post a project’s major structure formation and during the time of final finishing.

To this extent, RERA may be effective in freeing only a limited amount of the stuck inventory. In short, despite RERA, buyers are still at the mercy of the developer’s actual intent to deliver in many cases.

Advice to buyers who have invested in a stuck project

Project delays have become so pervasive that most buyers consider a delay of 2-4 quarters normal and expected. It is only after a year of continued non-delivery that suspicions are aroused. The problem is endemic and there is no magic solution. Nonetheless, buyers can now take advantage of various reformatory changes brought into the Indian real estate sector including RERA.

• In case of a project delay that has run into several years, affected buyers must get proactive, form an association of all those affected and hold regular meetings with the developer to put pressure on him to deliver the project at the earliest. If this doesn’t work, the association could try and highlight the case across social media platforms or mainstream media. Most real estate companies are today wary of negative publicity.

• If the project is under the ambit of RERA, the association can register a case against the builder with the state RERA complaint tribunal and seek hefty penalties. The regulator will have the power to adjudicate on disputes between the developer and the buyer, with the power to impose fines. This, of course, depends on whether or not RERA has been diluted in the state, and to what extent

• If nothing else works, the association can file a case in the consumer court. For a case involving a sum of up to Rs 20 lakh, one can go to the district court; for up to Rs 1 crore, the state-level court; and for amounts above Rs 1 crore, the national level court. There are instances in NCR where the apex court has directed some builders to pay hefty penalties to homebuyers for delayed projects. 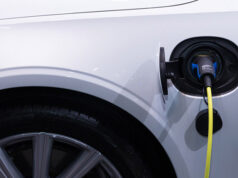 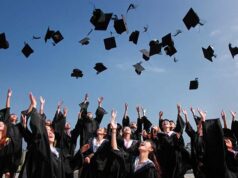 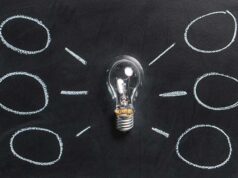 Jio-bp partners with BluSmart to set up EV charging infrastructure in...