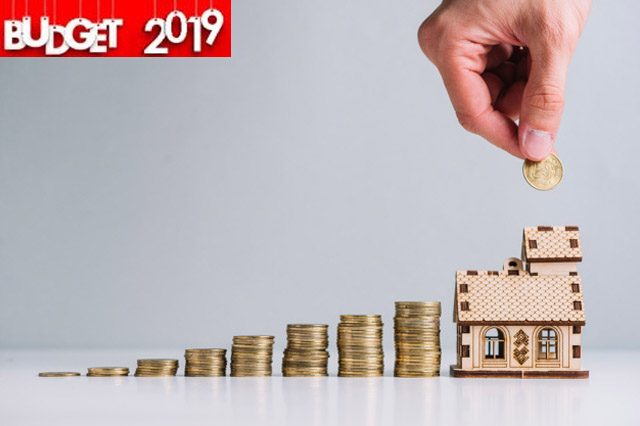 Since real estate is one of the major contributors to the GDP growth and can help the government resolve the shortfall in job creation quite a bit, it is naturally expected that the upcoming budget will help the industry.

With the Modi Government taking full charge, all sectors have pinned high hopes from the finance minister – who is already saddled with multiple issues including the slowing economy, liquidity crunch due to NBFC crisis, lack of job creation and rising NPAs, among others.

Without compromising on fiscal prudence, the Finance Ministry will have to present a budget that is not only inclusive but also assures growth across industries. It clearly shoulders a considerable share of responsibility for retaining India’s position as the fastest-growing economy.

Besides the usual demand for single-window clearance and industry status for real estate projects, what should ideally be included in the budget are further tax sops to homebuyers as well as investors. Both can help the sector recover from its liquidity woes to a large extent. From the builder perspective, their funding issues need serious attention.

Expectations from the Budget:

1. Re-finance NBFCs: The liquidity crisis is the major factor preventing completion of over 5.6 lakh stalled units across top 7 cities. For this, the government could possibly increase the finance limits for NBFCs – a major source of funding for developers. This will help revive the sector to a large extent.

3. Reinstate Input Tax Credit (ITC) in GST: Without ITC benefits, builders are seeing sizeable drop in their profits and will eventually pass the buck on to buyers in the form of higher prices. With the ITC benefit, property prices will remain under control and thereby boost sales, helping beleaguered developers to overcome some of their financial stress.

4. More tax benefits to homebuyers and investors: While the interim budget in February did try to woo back investors and buyers alike by offering some sops, there need to be more direct benefits by way of reduction in income tax slabs, higher relief on housing loan rates, and an increase in the deduction limit under Section 80C from the current INR 1.5 lakh a year. The fact that the deduction limit under Section 80C was last increased in 2014 after a hiatus of a decade strongly indicates that the government could consider revising it now. Though it will eventually be an added burden on the exchequer, it will help bring back buyers and revive the sector.

5. Provide a stronger infrastructure push to drive growth: The government’s undisputed focus on infra development ultimately bodes well for the real estate sector. It not only boosts the economy but also helps create more employment, which is a major pain-point for the government. Infrastructure deployments needs to amplified across both urban and rural India.