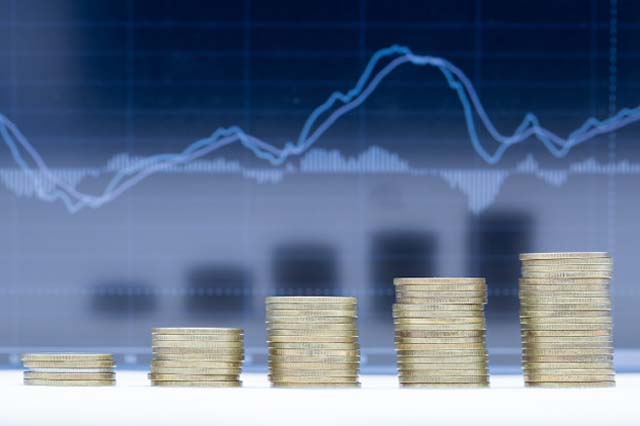 The basis of the RBI policy remains accommodative, and it is reflected in the status quo with respect to the base rate – the repo rate is unchanged. But there is a strand of rationalization of excess liquidity, as is evident from the phased hike in the CRR for its restoration to 4 %, the pre-pandemic level.

The announcement by the RBI Governor on inclusion of NBFCs in the on tap Targeted Long Term Repo (TLTRO) Scheme of the Government will be a much needed fillip for the NBFC sector after it had been reeling from a liquidity crunch since the IL&FS default in 2018 which was exacerbated by the pandemic. This is a great growth oriented and stabilising measure and in line with the NBFC sector’s demands, instead of trying to stem the liquidity to address inflation concerns.

The RBI has continued its accommodative stance leaving the repo and reverse repo rate unchanged at the historic low of 4% and 3.35% respectively. Inflation is projected to oscillate around 5% to 5.2% for FY 21-22, which is well under RBIs targeted band of 2%-6%. The combination of cheap liquidity and controlled inflation bodes well for the economy’s growth and equity markets. Furthermore NBFCs will now have access to on tap liquidity under the TLTRO scheme and that’ll play an integral role in providing last mile funding to sectors not catered to by the banks. With the Union Budget announced just a few days ago, it’s pleasing to see that both the government and RBI are on the same page with growth as their priority.

The RBI announcement has come on the expected lines, continuing to remain accommodative. However, there is a marginal increase in inflation which at this time of the year would be a cause of concern. What is important to note is while FPI and DI inflows are increased, the manufacturing investments continue to lag and whilst the outlook on growth suggests positive, one may have to carefully watch how credit off-take picks up in the next two quarters. Also, private investments will be critical to drive future economic growth.

The two indicators to watch out for in the coming quarters would be household consumption alongside credit off-take from banks. This will determine if there is real demand pick up or if we are still riding the pent up demand.

On the outset of a balanced budget, RBI was expected to continue its accommodative stance and so has happened. More than the expected status quo rates, the economy outlook and the structural announcements have been encouraging. RBI has clearly stated that the need of the hour is to support growth and also its outlook of growth has improved. Accordingly, it has pegged FY22 growth to be 10.5%. On the other hand, on the inflation front, RBI seemed comfortable with risks to inflation being in balance now though cost-push pressures can provide upward pressure. Having said that, it has kept CPI target at 5.2% for March 2021 and 4.3% in Dec 2021. To accommodate the government borrowings, markets were expecting the OMO calendar which, at this moment, they refrain from announcing. However, the restoration of CRR to 3.5% in March 2021 and 4% in May 2021 will surely provide more room for RBI’s further measures on above. Another, revolutionary step is to allow more retail participation in G-Sec markets.

Overall, RBI’s assurance to be supportive for liquidity management and the growth as long as required are being cherished by all including the markets.

MPC keeping key rates unchanged for the fourth consecutive time was on expected lines. The central bank keeping the policy stance accommodative indicates its intention to act on rates if the need arises. After the FM, RBI Governor has projected above 10% GDP growth for next year. CPI inflation trajectory by RBI indicates supply situation issues normalizing.

A gradual two-step CRR normalization is a step in the right direction, what needs to be seen is RBI conducting

the borrowing program for the government in a non-friction way. RBI allowing resident individuals to make remittances to IFSCs for NRIs will help boost sentiment and inflows under LRS.

RBI has taken the right step in maintaining ‘status quo’. There has been substantial reduction in mortgage rates in the last 2 years. This has helped companies in realty sector, especially the disciplined ones, in keeping finance costs low.The government’s ongoing policy support on rates and taxes for the real estate sector indicates that the worst is behind us. The cost of borrowing in India is also at a lifetime low currently. The Indian economy had already witnessed a good bounce back in the recent quarters. The real estate industry in particular, stands to benefit due to several measures taken by the government so far. With real estate demand gradually returning, reduced repo rates would have given an added boost to the market.

The status quo is a positive sign for the sector which has been witnessing signs of revival in the past quarter. As the economy is recuperating at a quicker pace than anticipated is a very good sign. To add on, the decision to keep the repo rate unchanged will ensure that home loan interest rates will not harden anytime soon and will continue to remain at attractive rates. This should augur well for home buying sentiment. Going further, the real estate sector still requires further relaxation in policy rates and a cut in interest rates as these measures will reduce the overall cost of buying a property, which will be a direct stimulus for homebuyers. It is quite clear that increasing interest rates would impact overall demand at a time when the government is keen to boost consumption. We are upbeat as consumer sentiment is high, especially after they witnessed the brittle nature of other investment vehicles compared to real estate. We also hope that the government looks into specific measures to enhance ease of doing business for the developers and boost residential uptake in the upcoming months.