“However, the issue of stalled projects and liquidity crisis continued to confound the housing sector in 2018, though it continued its transition into a relatively more transparent and end-user driven market. End-users accelerated growth while investors shifted focus towards alternate asset classes such as commercial, retail and warehousing, which did fairly well during the year.”

“Builders very extremely cautious about launching projects to align supply with the existing buyer demand. This helped sales pick up momentum in 2018. Simultaneously, builders reduced the average property sizes to align their offerings with the highly-incentivized affordable housing bracket. The affordable segment spearheaded residential growth in 2018.” 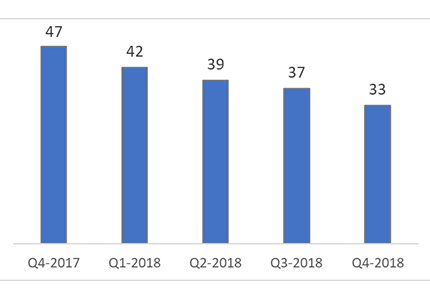 Source: ANAROCK Research (*Months inventory measures how many months it will take for the current unsold housing stock to sell)