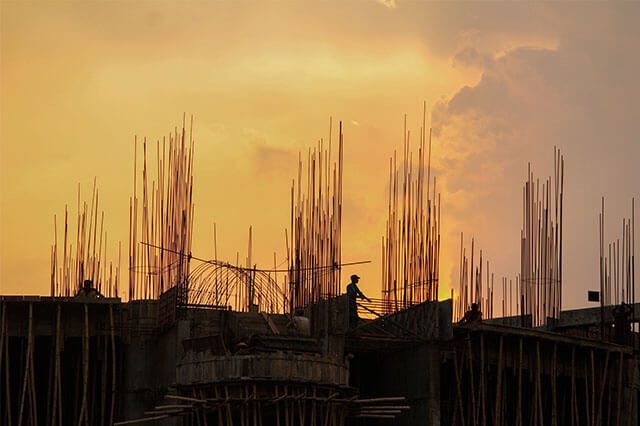 Real estate company Talenmark announced that their ambitious and iconic structure deemed to be “The Biggest Cultural Center of India” is under construction in Calicut, Kerala. The unique building is more than 80 percent finished and will be ready for launch in March 2020. The Cultural Monument that promises to be something that all Indians will be proud of was conceived as part of the 125 acre integrated township project ‘Markaz Knowledge City’. Located on the Calicut-Wayanad National Highway in Kerala, this endeavor was initiated by the Markazu Saqafathi Sunniyya Trust and was taken up at the cost of Rs 3000 crore.

“The building design is exemplary and the scale and excellence in delivery will ensure that this will be the first of its kind in the country. The launch will be a grand affair to be graced by heads of several heads of nations,” announced Habeeburahman, MD of Talenmark at a press conference in Hyderabad. They were in Hyderabad to attend the Indo-Arab World Bilateral Meet organized by Asian Arab Chamber of Commerce and attended by business leaders, influencers and decision-makers from all over the world.

“Cultural Centre, the 1,00,000 sq. mt. construction is coming up on a 9-acre plot with an investment of Rs 100 crore,” announced Dr. Abdul Salam Mohammed, CEO Markaz Knowledge City and a former ISRO scientist in conjunction with Talenmark.

“We are in talks with United Nations to get the Cultural Centre stamped as a unique structure by UNESCO,” announced Habeeb Koya, Director International Markets, Talenmark.

The Cultural Centre is modeled on Knowledge Exchange Centers of yore. It has elements that allow one to leaf through a civilization similar to an Arabic Souk with a Spiritual Enclave and a Research and Development Centre. The circular souk, build in the Arabic marketplace architecture style comprises of a labyrinth of 150 shops assigned for more than 50 categories of trade, thus giving visitors a glimpse into different cultures.

An international heritage museum tells the tale of a beautiful past. The world library would have a collection of many worthy monographs. The International Event Centre can host various cultural activities and intellectual dialogues.

“The scale of the project is unprecedented. Seeing is believing. This modern edifice and supreme structure will change the way the construction industry is perceived in India. It may not be out of place nor an exaggeration if I say it will be India’s most famous and iconic building that one must visit at least once in this lifetime,” said Hibathulla, Director, Talenmark.

“The project was started with the thought that there are iconic structures such as St. Paul Cathedral in London; Petronas Towers in Kuala Lumpur; the Leaning Tower of Pisa in Italy; Taj Mahal in Agra in India; why not we build something which is eternal. This monument will truly be a testament to what man can build,” said Muhammed Shakeel, Director, Talenmark.

The center has a bulbous dome comprised of a steel structure, which, upon completion, would be the biggest dome of its kind in India. It finds a modern aesthetic expression among the minarets and arches that can accommodate more than ten thousand people. The 75,000 sq.mt. rooftop garden acts as a spillover space and would be replete with more than 100 fruit trees on completion.