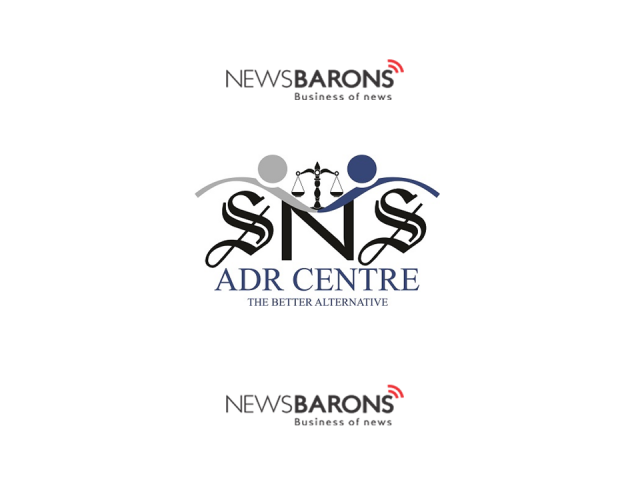 The SNS ADR Centre is a collection of all-inclusive and all-enabled spaces to conduct arbitration proceedings.

SNS ADR Centre Pvt. Ltd. (‘SNS’) launched its one of a kind arbitration centre in South Delhi. The SNS ADR Centre was inaugurated by Justice Dipak Mishra (Former Chief Justice of India) and Mr. Lalit Bhasin (President, Bar Association of India and Society of Indian Law Firms) in presence of other dignitaries – Former Judges of Hon’ble Supreme Court and High Courts, Ld. Senior Advocates and other members of the legal fraternity.

SNS ADR Centre is conveniently located in South Delhi, which has dedicated sound-proof hearing rooms, consultation / break rooms and meeting spaces. The Centre has centrally climate controlled 24 arbitration rooms and is commissioned with top of the line infrastructural facilities such as parking, elevators, library, cafeteria etc. SNS ADR Centre renders technical set-up & services as it is fully equipped with Wi-Fi facility for video conferencing, tele-conferencing, printing, photo-copying, scanning, projectors for the swift functioning of the proceedings. It has a flourishing library with books and subscription of prominent research portals.