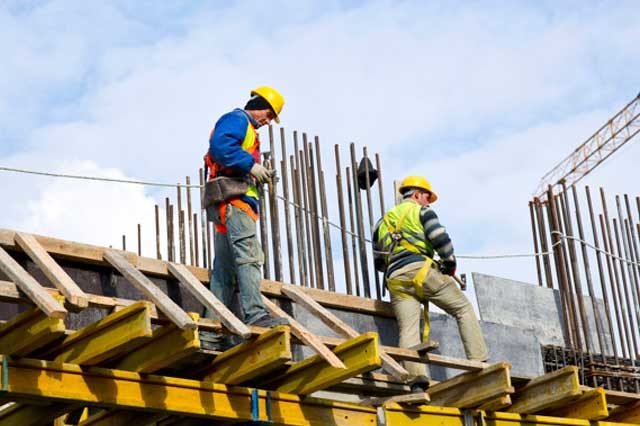 According to ANAROCK data, as many as 5.6 lakh units worth INR 4.5 lakh crore currently are stuck or delayed across the top 7 cities.

While consolidation has been an ongoing phenomenon for some time, recent mergers, acquisitions and joint developments are underscoring this trend like never before. The Indian residential sector saw a series of disruptions in the last two to three years, with revolutionary reforms like DeMo, RERA and GST remarkably altering the way real estate business is conducted. A natural by-product of this upheaval was consolidation, with fly-by-night developers completely vanishing and small players merging with big ones.

Stuck housing projects get a new lease of life

Just when this consolidation phase seemed to have run its course and the business seemed to have regained an even keel, there was another series of shocks for the sector – the credit squeeze by banks, followed by the NBFC crisis in late 2018. With previously available financial channels freezing funds to developers, even big players were impacted, and the marketplace was left littered with delayed or stalled projects across cities.

This triggered a new wave of consolidation and diversification, though this time restricted to the level of projects rather than players.

According to ANAROCK data, as many as 5.6 lakh units worth INR 4.5 lakh crore currently are stuck or delayed across the top 7 cities. Dearth of funds and lack of management capabilities are the main culprits, but stakeholders realized that many obstacles can be overcome by joining forces with stronger peers and leveraging mutual strengths.

More and more cash-starved developers turned to organised and financially-sound players to take over stuck projects by ways of JVs, land monetisation and development management contracts across the major cities.

For developers struggling to complete projects, joint ventures (JVs) offer a viable means to overcome financial distress and find synergies. Developers are exploring alliances to jointly develop projects within revenue-sharing pacts. This trend is most apparent in Mumbai:

• Rustomjee’s Crown project in Mumbai’s Prabhadevi is being jointly developed by DB Realty and Rustomjee Group. The two companies have entered a development management agreement to execute the 5.75-acre ultra-luxury housing project
• Sunteck Realty acquired beleaguered developer Orbit Corp’s project Baug-e-Sara in Mumbai’s Malabar Hills. Sunteck is on a land acquisition spree and has also signed a joint development agreement with a local developer to build a 100-crore land parcel in Mumbai’s western suburb Naigon
• Shapoorji Pallonji Group’s real estate arm SPREL has partnered with Lokhandwala Infrastructure to jointly develop ‘Minerva’ in Mumbai’s Mahalaxmi. As per the development management agreement, the onus to develop, manage and market the project with be on SPREL
• In late 2018, Radius Developers signed a development management contract with DB Realty for their Orchid Heights project at Mahalaxmi, Mumbai. Launched more than five years ago, the project has been re-launched in late 2018 as Mahalaxmi One wherein Radius Developers will be marketing and building the remaining apartments in the project

Builders are moving away from costly land banking, instead opting to dilute their equity locked in land. Several realty firms have signed JDAs to monetize their land or to take over the development rights themselves. This is turning out to be a winning proposition for mid-sized developers who have sizeable land parcels but lack the capability to develop them on their own.

Joining forces with stronger developers with the requisite financial bandwidth and development capability is a very viable way out. This trend is particularly visible in the National Capital Region (NCR), where developers with land parcels are warming up to partnerships.

• M3M India plans to partner with multiple developers to develop a 185-acre land parcel on Dwarka Expressway. The player intends to remain the master developer and sign JDAs to earn revenue
• In Mumbai, Nirmal Lifestyle entered into an agreement with L&T Realty (the real estate development arm of Larsen & Toubro) to jointly develop a nearly 20-acre land bank in the north-central suburb of Mulund. The developer was keen to monetize the company’s land parcels and chose to enter a joint development pact for a share in the revenues, apart from an upfront payment.

Collaboration among developers is the often the only way to survive in the current scenario. Realty firms in distress seek to sell land or projects they can’t develop to others, or to join forces to develop projects.

• Debt-stressed Nirmal Group has forged alliances with developers Shapoorji Pallonji and Nirmal to jointly develop two projects – Olympia and City of Joy – in Mulund. Both these projects will be branded jointly. Nirmal Group also had a partnership deal with Godrej Properties to build a residential project in Thane. This has helped them to raise money and reduce their debt.
• Omkar Realtors & Developers has signed an MoU with Godrej Properties to redevelop a sea-facing slum enclave in Mumbai’s tony Bandrasuburb. According to the deal, Omkar will take care of rehabilitating the slum dwellers, while the partner will develop the project.
• In another case of developers combining synergies, Piramal Realty has signed a development agreement with Omkar to develop a 12-acre projectin Mahalaxmi, Mumbai.
• This trend is also prevalent in the South. Bengaluru-based Ozone Group has signed several development management deals to develop land under its own name.

Despite the churn it causes, consolidation in real estate is essentially positive as it results in on-ground project deployment where the alternative is stuck projects. It also creates a more streamlined and customer-friendly landscape.

For the time being, consolidation of real estate assets is a firm market reality and the sector is likely to witness more joint developments, joint ventures and development management agreements between small developers and established players. This trend will eventually benefit consumers, as financially weak developers are weeded out and incomplete projects will finally see the light of day.

[This is an article by Shobhit Agarwal, MD & CEO at ANAROCK Capital. All views, opinions and expressions are personal and limited to the author.]