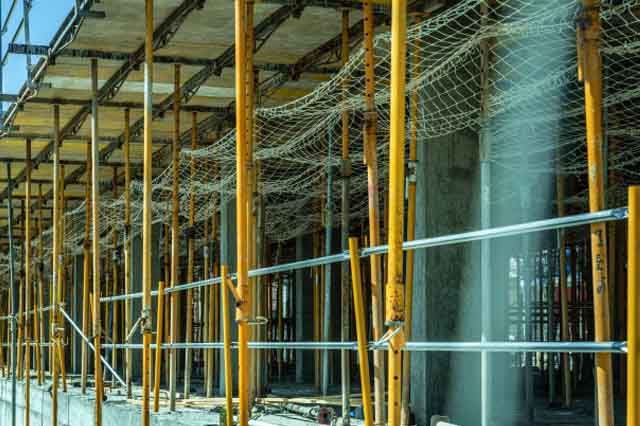 Among the key issues that remain, the price definition of mid-segment homes that can avail of this benefit tops the list.

• Total 4 lakh units are stuck in various stages of non-completion across budget segments that don’t fall under NCLT; all units launched during 2013 or before
• Of this, nearly 63% (or 2.5 lakh units approx.) are within affordable & mid segments (sub INR 80 lakh budget) across top 7 cities
• Long wait to continue for 37% or approx. 1.5 lakh premium homes
• Approx. 92,350 delayed units in MMR could get new lease of life, followed by 67,240 units in Pune
• Even excluding projects under NCLT, at least 60,700 units in NCR can get revived
• These numbers will shrink down a little as projects under NPAs not included

Taking the first step in addressing the key issue of delayed housing projects across the country, the FM recently announced the setting-up of a special window of INR 10,000 crore for last-mile funding of distressed affordable and mid-segment homes. Approximately the same amount of funds will be added by outside investors such as LIC, etc. However, this comes with a caveat – the projects should not be non-performing assets or pending under NCLT, and must be at least 60% complete.

According to the latest research by ANAROCK, after considering these caveats, nearly 2.5 lakh units across top 7 cities can avail relief from the government’s aid in the top 7 cities alone. However, since data for projects under NPAs is not available, there could be a further dip in these numbers. That said, as of now, nearly 63% of the total stuck/delayed units (4 lakh units approx.) may see a flicker of hope.

While this move is commendable, the government need to change its definition of ‘affordable’ housing. As it stands today, the government labels a metro-based home as affordable in metros if it admeasures 60 sq. mt. or less in carpet area and is priced within INR 45 lakhs. This price tag is far too low in cities such as Delhi-NCR and Mumbai. Moreover, the price definition of mid-segment homes is also not clear.”

How the numbers stack up

There is no simple yardstick to calculate the exact number of units and the actual funds that are needed to complete them. Each delayed project is different in size, stage of completion, city and micro-location, etc. Also, various methodologies are used to reach an approximate number. After considering the government’s caveats – non-inclusion of projects under NCLT, and inclusion of mid and affordable units only, ANAROCK has shortlisted units launched in 2013 or before.

Using this formula, it emerges that a total of 4 lakh units in projects launched in 2013 or before are stuck or delayed across various segments, excluding NCLT projects. Of this, only those that fall under the affordable or mid categories – 2.5 lakh units – can legitimately avail of the government’s new provisions.

This can be further narrowed down when the nominated professionals from the real estate and banking fraternity select the projects to be given government aid. As of now, 2.5 lakh units can at least hope to be rescued under this provision. Only time will reveal the final numbers.

• MMR has the highest qualifying stock with 92,350 units (37% share) with at least 60,000 units in the affordable category
• Pune comes next with 67,240 units – a 27% overall share
• While projects by Jaypee, Amrapali and Unitech in NCR do not qualify, at least 60,700 homes across the entire region may see revival. At least 30,030 units are in the affordable category, the remaining in the mid-segment.
• In Bangalore, Hyderabad and Chennai, merely 9% of the total units can avail of the government’s benefit when it is implemented. These three markets have a combined inventory of 22,040 delayed units that fall within the sub-range of INR 80 lakhs, the maximum being in Bangalore with 11,880 units, followed by Chennai with 8,960 units and Hyderabad with 1,200 units.
• In Kolkata, at least 9,600 stressed units will be eligible for the government’s relief.

Among the key issues that remain, the price definition of mid-segment homes that can avail of this benefit tops the list. Secondly, the timeline for setting up this fund and its actual implementation needs clarification. If the implementation process is delayed over the next four to five months, more units could either turn into NPAs or fall under NCLT – thus eliminating their eligibility for this funding.

Finally, there are a total of 5.76 units (launched in 2013 or before) across budget segments that are stuck in various stages of non-completion in the top 7 cities alone. These also include units falling under NPAs or NCLT. Even if we consider those that are eligible for government funding (approx. 4 lakh units), within these there are at least 1.5 lakh units that are priced >INR 80 lakh budget and hence will not qualify under the said caveats.

Homebuyers stuck within such units will continue their wait for light at the end of the tunnel.

Will it spur demand?

The setting up of the special window of INR 20,000 crore for last-mile funding of stuck projects addresses the key issue of delayed housing projects across the country. The FM has sent a positive signal even though several thousand crores are still needed.

It may not impact new demand significantly – but will give relief to aggrieved homebuyers who had been waiting anxiously for their homes before the start of the festive season. That said, it will go a considerable way in improving overall buyer sentiments and will also help fix the supply side in the residential segment.