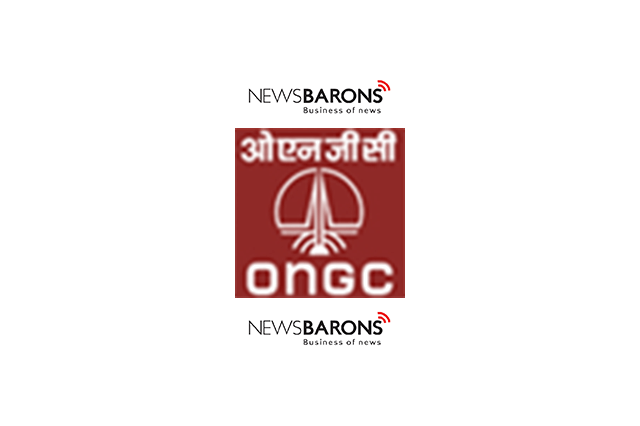 In its 313th Board Meeting held on February 14, 2019, ONGC presented the Quarterly results for the third quarter ended December 31, 2018. 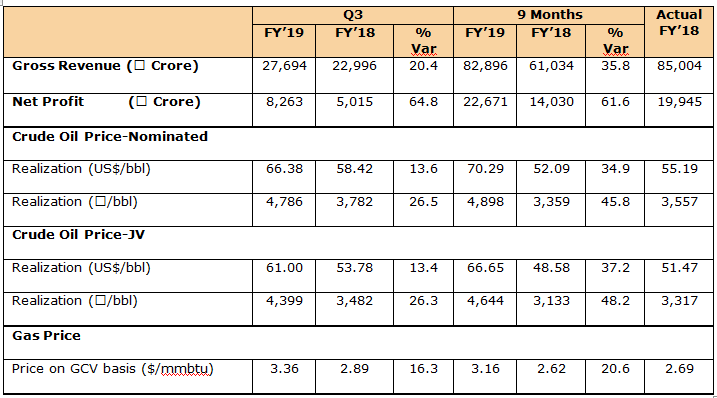 ONGC Board has approved interim dividend of 105%, i.e. ₹ 5.25 on each equity share of ₹5. The total payout on this account will be ₹ 6,605 Crore (excluding Dividend Distribution Tax). The Record date for distribution of dividend has been fixed for 1st March, 2019 which has been intimated to the stock exchanges. 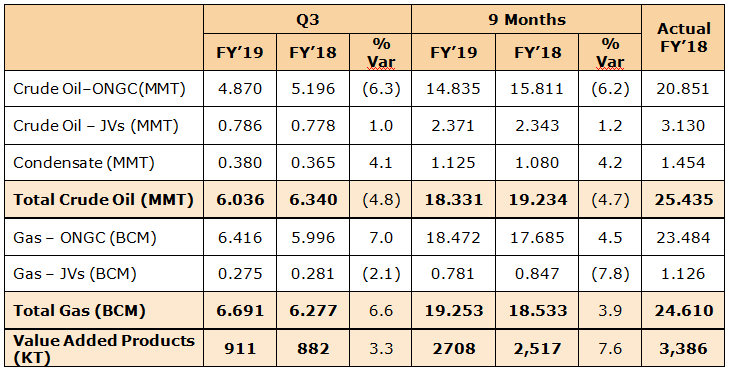 Two new basins i.e. Vindhyan and West Bengal have been upgraded to Category II during the current financial year. The appraisal plans are drawn to further upgrade them as producing basins. ONGC has notified total 11 discoveries so far in FY’19 (4 discoveries after last press release on 03.11.2018). The details of the 4 latest discoveries are as under:
New Pool Discovery:

The exploratory well GKS091NFA-1, was drilled down to 3871m. The well on testing of Igneous intrusive produced gas @ 2,62,199 m3/day. This discovery has opened up a large area for further exploration of this play.
New Prospect Discovery:

(ii) Hatta#2 in NELP-VIII Block VN-ONN-2009/3, Vindhyan Basin, State of Madhya Padesh:
Exploratory well Hatta#2 in NELP-VIII Block VN-ONN-2009/3, Vindhyan Basin in Damoh district of Madhya Pradesh was drilled down to 2265m. On testing, flowed gas @ 48117 m3/d. Hatta#2 is the New Prospect (Gas) discovery with first commercial flow of gas in Vindhyan basin and adds significant value to the earlier made lower potential discoveries in the basin and is a big step forward towards possible up gradation of Vindhyan basin to producing category (Category-I).
(iii) Jantapathar#1Z in Golaghat Extn-IIA (Addl.) ML,