Home » Real estate » Next one year would pan out well for residential market: JLL India 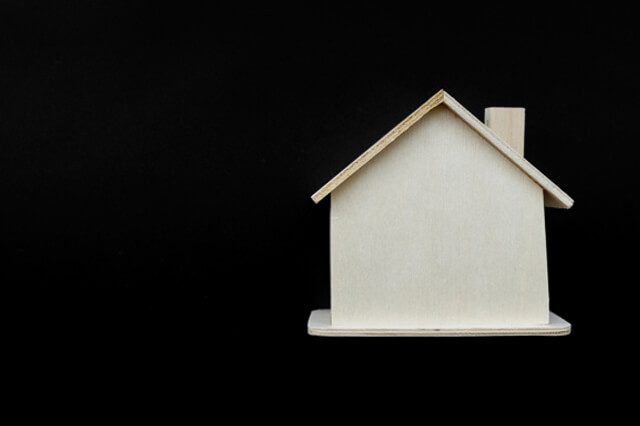 The residential markets were disrupted in the past due to a series of unprecedented reforms. But sales volume will regain the levels seen in 2013 in few quarters from now.

Black swan events have been plaguing the Indian economy for quite some time now. The policy paralysis that began in 2012 continued till 2014 and had every sector reeling under its pressure. The real estate sector was no exception, particularly the residential market. Home sales experienced a dwindling trend in these years followed by change of regime and policy disruptions.

• Though there is pain in the market, the current slump may be over in the next few quarters
• Prime markets signal a recovery in residential sales
• Homebuyers are back in the market and are buying

In this context, it is essential that we analyse this situation where the markets are only talking about downturns and declining trends in residential sales. For this purpose, we have considered the sales in the first nine months of each year between 2013 and 2019 for the top seven cities: Bengaluru, Chennai, Delhi NCR, Hyderabad, Kolkata, Mumbai and Pune.

The aggravation over residential slowdown

The backdrop to this trend dates back to 2013 when residential activity slowed down and sales started plummeting. 2014 registered a 16% y-o-y dip in sales followed by a 4% y-o-y dip in 2015 to 1.19 lakh units. This downturn may be looked upon as the manifestation of uncertainties that were visible between 2012 and 2014. As market sentiments improved, 2016 emerged as a point of inflexion for the sector with stabilising sales. Though sales recorded a marginal growth of less than 1% over 2015, the fall was arrested.

The uptick did not sustain because of demonetisation — an unprecedented move by the government in November 2016. In addition, a slew of other reforms such as RERA and GST were implemented within 6-8 months of demonetisation which required adjustments and recalibration of business models of stakeholders. The result was a sharp slump in sales to the extent of 40% in the first nine months of 2017 when it dipped to 72,300 units. The signal of revival witnessed in 2016 was thus, lost again.

Residential sales catching up albeit on a bumpy ride 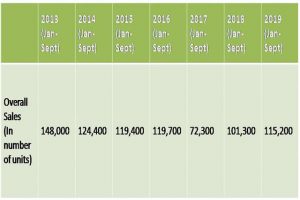 One significant yet overlooked trend is the continuous growth in residential sales post 2017 amidst the slowing economy and subdued consumer sentiment. The declining trend in residential sales stabilised after 2017 when sales gained traction in 2018 and reached 1.15 lakh units in the first nine months of 2019. However, the recovery has been gradual and the quantum of sales is still tad below the 2016 levels. The sales volume seen in 2013 could well be achieved in the next few quarters!

But for Delhi NCR, other major markets signal recovery…

A geographical analysis shows that the declining trend of residential sales was not prominent across all cities. The sales at the aggregate level are still lower than the 2016 threshold but Mumbai, Hyderabad and Pune have breached the mark. Barring Kolkata and Delhi NCR, others are following suit. These cities fell significantly short of the 2016 sales levels by 35% and 26%, respectively, whereas Bengaluru and Chennai were relatively closer. 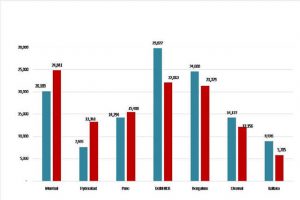 While the breach of the 2016 levels was initiated due to heightened activity in the mid and upper-mid segments in Mumbai, Hyderabad is witnessing a large scale growth across the spectrum. The strong growth of office sector is not only making the commercial sector attractive but is also driving the demand for residential sales. The significant rise of residential sales on a relatively low base is thus making the market attractive in the near term.

The residential market is not out of the woods yet in terms of sales volume but we observe a continuous uptick post 2017. Also, some cities have already surpassed the pre-demonetisation sales level. With the slew of reforms that the present government has implemented in the last couple of years settling down, we believe the next one year would pan out well for residential market.

[The above article is authored by Dr Samantak Das, Chief Economist and Head of Research & REIS at JLL India and Shradha Agarwal, Research Analyst at JLL India.]