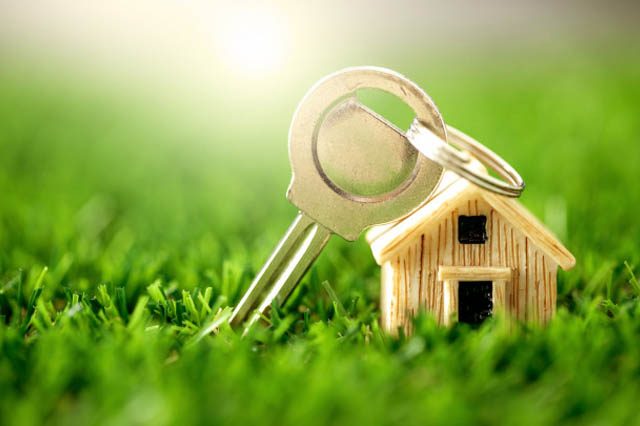 Launches decreased by 9% in the first three quarters of 2019 as compared to the corresponding period in the previous year.

After witnessing a revival of sorts in 2018 housing sales have witnessed a growth of 14% in the first nine months (January-September) of 2019 as compared to the corresponding period in 2018, according to India Real Estate Market Update Q3 2019, released by JLL today. The office segment witnessed strong leasing, registering a jump of 40% during the same period as compared to the corresponding period in the previous year, the report added.

During the July-September quarter of 2019 (Q3), sales momentum remained the same as compared to the corresponding period of 2018. Existing unsold inventory has come down as a result of a steady momentum in sales and drop in launches across the top seven markets.

The third quarter of 2019 saw a moderate decline in new launches of 4% on a Y-o-Y basis. Except for Mumbai and Delhi NCR, all the other cities witnessed a dip in new launches in Q3 2019.Mumbai and Bengaluru continued to dominate new launches and formed more than 60% the overall launches during the quarter. 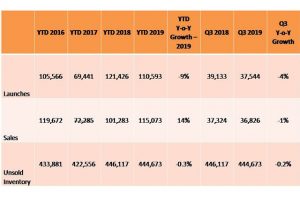 “The revival seen in housing sales in 2018 has been maintained during 2019 as well.Developers have been focusing on the timely delivery of already launched projects and have been trying to clear their unsold inventory. Since the beginning of the year, several measures including a cumulative 110 bps rate cut have been announced to help the sector revive and grow.While banks are yet to fully transmitthe rate cutsby a corresponding reduction in lending rates, this has strengthened consumer sentiment. We hope that developers will be able to register good sales during the festive season,” said Ramesh Nair, CEO & Country Head, JLL India.

The report added developers have continued to concentrate on the mid and affordable segments. However, new launches in these segments came down in most of the cities, mainly attributable to the already existing substantial number of under construction units in these segments.

“Going forward, a surge in sales will primarily hinge on improved consumer confidence and rising affordability, which in turn depends upon the effective and uniform implementation of progressive government policies and regulations such as RERA across all the states. It is expected that residential sales will improve going forward with lowering of bank lending rates. For now, buyers will continue to be inclined towards ‘nearing completion’ and ‘ready to move in’ properties in the backdrop of challenges on timely deliveries of projects,” said Siva Krishnan, MD – Residential Services, Developer Solutions and Strategic Consulting.

A glimpse of office market 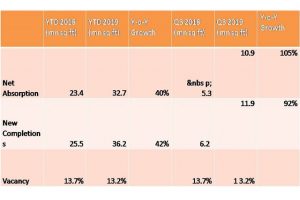 The third quarter has only strengthened the growth narrative set out at the beginning of this year. Nearly 11 mn sq ft of Grade A office space was absorbed during the third quarter (July-September), increasingthe overall countrywide net absorption by 40% to about 33 mn sq ft in the first nine months of the year. To put things into perspective, 2017 and 2018 witnessed net absorption of 28.7 mn sq ft and 33.2 mn sq ft respectively in the entire year. With the current pace, the net absorption is likely to surpass the historical benchmarks well beyond 40 mn sq ft by the end of the year.

The country also witnessed stronger new completion during January to September 2019 period. Registering a growth of 42%, y-o-y, 36 mn sq ft of new office space was added to the stock. More significantly, the new completions in the first nine months of the current year have already surpassed the levels witnessed in the last three years.

“Country’s regulatory scenario relating to REIT has also come a long way and is now a piece of established machinery for investors and occupies. As result, office segment offers big incentives for investors and occupiers in terms of returns and savings, respectively. The market is now headed for tremendous growth. The year 2019 is expected to set new benchmarks in terms of new completions,” added Nair.

Among all prime markets in the country, Hyderabad topped the chart in net absorption and new completions, registering a 36% and 44% market share, respectively, on the two parameters during the July-September quarter. Bengaluru and Delhi-NCR market followed Hyderabad in net absorption and new completions.At the same time, quality commercial supply continued to be constrained within Mumbai.

“The office market across the top seven cities in India has performed really well in 2019. From the launch of the country’s first real estate investment trust (REIT) to a historic high in office space leasing, this year has been remarkable by all standards. Investors, domestic and foreign alike have been chasing investment ready commercial assets and development opportunities in top cities. The demand in the office market is expected to grow at a similar momentum for the next few years,” said Samantak Das, Chief Economist and Head of Research & REIS, JLL India.

The report added, co-working operators have put in sustained efforts in expanding their footprint. While the pace of leasing in co-working segment remained muted during Q3 2019, space taken up by operators increased to 13% of the overall leasing during January to September 2019 as compared to 10% seen during the corresponding period the last year, it said.