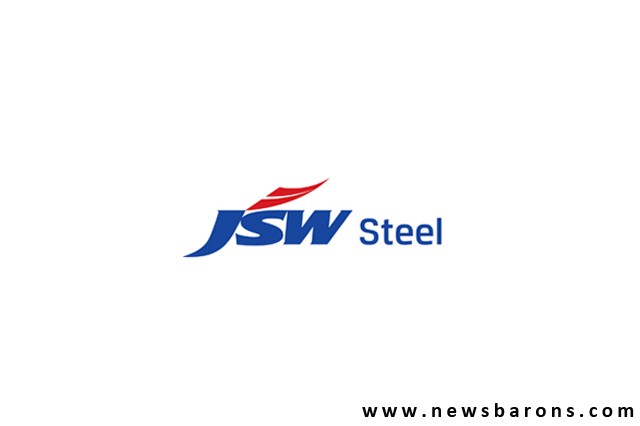 Operational Performance:
The details of production and sales volumes are as under:

The Company achieved highest ever quarterly Crude Steel production during the quarter at Rs. 4.11 million tonnes, a growth of 7% YoY, primarily due to enhanced operational efficiencies at Dolvi works and improved water availability at its Salem works in Tamil Nadu.
The Company also achieved highest ever quarterly Saleable steel sales volume of 3.97 million tonnes, an increase of 9% YoY.

The Company focused on increasing exports sales volume (up 24% QoQ), especially for long products, to leverage upon a robust demand and pricing environment in international markets, thus leading to a liquidation of stocks sequentially. The Company also achieved the highest ever consolidated quarterly Saleable Steel sales volume of 4.03 million tonnes, which increased 12% YoY.

The company remained focused on enriching the product mix and the overall sales of value added and special products grew by 8% YoY (accounting for 57% of total sales).

JSW Steel Coated Products:
During the quarter, JSW Steel Coated Products registered a production volume (Galvanised/Galvalume products) of 0.35 million tons and sales volume of 0.51 million tonnes. Volumes were impacted by planned shutdown of its two Galvanizing lines at Tarapur works for
maintenance and revamping to enhance production capacities. Revenue from operations and Operating EBITDA for the quarter stood at Rs. 3,034 crores and Rs. 90 crores respectively. Spreads were impacted by delayed transmission of higher substrate prices.

US Plate and Pipe Mill:

Exceptional Items during the Quarter

Global growth is firming up with a broad based recovery across emerging and developed markets. The US economy continues its strong performance with acceleration in industrial activities. The recent changes in the tax policy are expected to boost activities and investments within the country and for its trading partners. The Euro area remains on a strong footing with all the major economies in the region showing a good growth, supported by a pick-up in trade. Although the ECB has tapered the bond buying programme, the overall monetary policy remains supportive. Outlook for Japan remains stable with an improvement in manufacturing and stable consumer demand. China has surprised positively with the economy growing faster YoY for the first time in seven years. The growth outlook remains stable although the government has indicated its appetite for structural reforms in the coming months. In India, the
momentum in economic activities is picking up post structural reforms.

World crude steel production increased by 5.3% in CY2017 to 1,691mt as production increased in almost all the major regions. As per WSA’s October-16 forecasts, world steel demand is expected to grow by 1.6% in 2018, while the world-ex China demand is expected to grow by 3%. Given the strong underlying economic performance across the globe, there appear to be upside to these demand projections for 2018. Steel prices across all regions are buoyant and firm raw material prices are supportive. Chinese steel exports have declined by ~31% in CY2017 and has eased the supply pressure across various global markets, lending a support to price stabilisation amid improving demand.

India’s steel demand growth improved in 3QFY2018 – largely due to the base effect. However, steel consumption is expected to grow strong on the back of government’s push for infrastructure spending and strengthening consumer demand. While steel imports into the
country have moderated in recent months, YTD import of flat products increased by 16% YoY. Import of coated products continues at an elevated level, pressurising domestic manufacturers. Import of colour coated products increased by a staggering 250% YoY. Imports from Korea, China and Japan constituted ~70% of total imports. Indian domestic steel prices are still lagging the international prices. A sharp increase in raw material prices has put a tremendous pressure on costs. However, increase in steel prices should alleviate the cost impact to some extent.