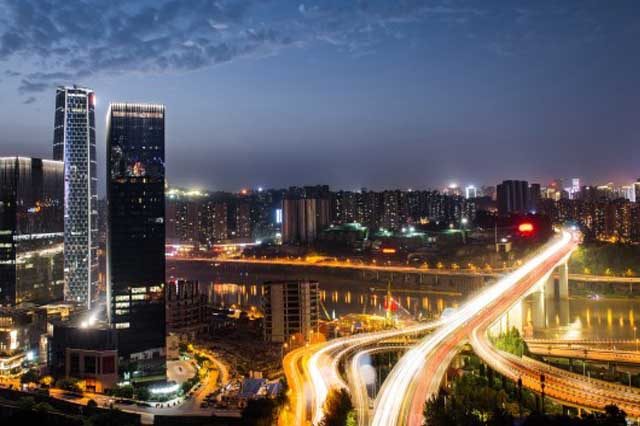 Amongst the several infrastructure investments made in the country, the metro rail has been the one with the potential to have a signiﬁcant impact on real estate.

Along with the growth of realty, it is equally important to appreciate the role of infrastructure, as it provides the overall liveable environment and impacts the community in its day-today life.

As like other sectors of the economy, real estate is dependent on infrastructure and it is easily inﬂuenced by its availability or lack of it, or by the quality of its construction. However, the signiﬁcant development that has taken place over the last few years is that infrastructure now looks at complimenting real estate to improve its viability and fund its growth. Not only that – while parts of India are still waiting to be provided with basic infrastructure there are other parts of the country where aspiring Indian wants to see “infrastructure as a service” and wish to compare them with the best global standards and forms of service they see in the realty and hospitality sectors.

This transition has happened over decades and as India moves up towards being in the top three to ﬁve economies in the world, it is important to understand how infrastructure and realty have evolved over the last few decades.

The growth in infrastructure sector has been a long and painstaking one. Historically, India has invariably had a lower focus on infrastructure leading to lower provisions in the Union Budget. Post-independence, the initial focus was on creating power infrastructure and nothing signiﬁcant happened on the infrastructure front for several decades. The road sector has gained prominence since the year 2000, when the then government envisioned and developed the Golden Quadrilateral Corridor connecting Delhi–Mumbai–Chennai–Kolkata followed by the North–South and East–West corridors. Around the same time, the telecom infrastructure also started to take ground with many private players creating telecom infrastructure – particularly the mobile telephony, which is now such an integral part of life and has assumed signiﬁcant proportions (more than a billion Indians own a mobile phone). The success of privatisation in road and telecom infrastructure soon moved into aviation, ports and then power from the early and mid-2000s till 2010.

While some of the funds came through cess, tolls and tariﬀs in usage of public infrastructure, the government is actively working to use/monetise land assets and corresponding real estate assets to source additional revenues and reduce fund requirements.

The non-fare box revenues are continuing to gain prominence with increasing share of revenues beingtargeted from it. The privatised Delhi and Mumbai airports, forming part of aviation infrastructure, now earn more from real estate and associated revenues (the non-aero or non-farebox revenues) than the aero revenues. This is now increasingly being used across rail and metro projects. These include railway station redevelopment being undertaken by IRSDC and RLDA Multi-Functional Complexes.

To achieve these, the government has embarked on several large programmes such as High Speed Rail Projects (Bullet trains), 100 Smart Cities, Sagarmala, Bharatmala, Delhi Mumbai Industrial Corridor (DMIC)and other industrial corridors (CBIC, AKIC, BMIC, VCIC) etc. These are expected to bring the required impetus in the economy – be it manufacturing, agriculture or services, and cater to the huge growth that India expects to realise over the next two decades.

Such infrastructure provisions will bolster the real estate market by opening not only, the serviced lands and market for real estate but also the private sector expertise in the services industry. The industrial corridors programme is providing thousands of acres of serviced land in a ‘Smart City’ environment across India. This opens up opportunities for the private sector to provide professional city management services for such cities, which is lacking critically in a traditional municipal environment. These can be extended to more than 100 townships owned by several PSUs like NTPC, SAIL, BHEL, NHPC, etc. including to the defence sector, which is looking at alternative ways to manage their residential townships and non-sensitive areas.

Amongst the several infrastructure investments made in the country, the metro rail has been the one with the potential to have a signiﬁcant impact on real estate. India, today, has more than 500 km of operational metro lines in 10 cities and another 15 are vying for investments to build around 650 km of metro rail across the country. The question is do we have enough money to build and run this expensive infrastructure in smaller cities? Besides Delhi, Mumbai and may be a few other metropolitan cities, where there is a substantial metro (under construction in Mumbai) and public transport network along with a pent-up public transport demand, others are unlikely to succeed or even survive based on farebox revenues only. Being investment intensive, local authorities must gear up to leverage real estate, land monetisation and VCF tools to garner funds to support its operations and further expansion. This would require substantial eﬀorts from local authorities to manage proactively the administrative and regulatory challenges. To improve ﬁnancial sustainability, Nashik Metro is envisaging a hybrid metro that will cost only about INR 500 million per km compared to INR 2,500 million over a conventional metro rail system. It is for us to demonstrate how best a good real estate and public transit environment co-exist.

Investment opportunities in the infrastructure sector continue to grow and along with it the continuous development of realty.

[Rajeev Vijay is the Executive Director, Government & Infrastructure Advisory at Knight Frank India. All views, opinions and expressions are personal and limited to the author.]