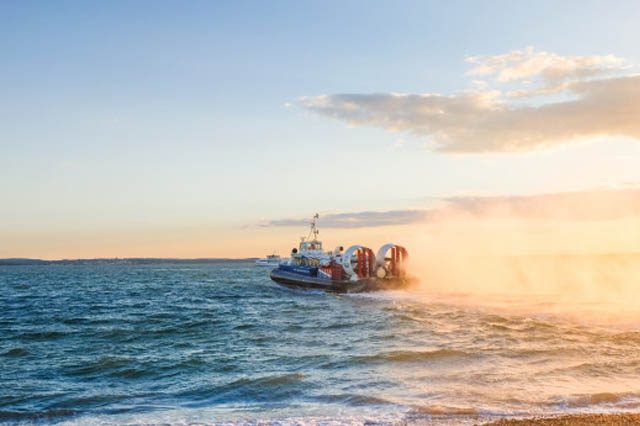 The Maharashtra State Government has recently issued a letter of intent (LoI) for a hovercraft service between SoBo and Navi Mumbai, with plans to extended the same to Thane in the second phase.

For a coastal city like Mumbai, water transport, ideally, would be a cost-effective means of mass transport. With water bodies like the Ulhas River flowing through Kalyan and Thane to the Arabian Sea near Bhayandar-Vasai on the west coast, as also trans-harbour connectivity from SoBo’s ferry terminals at Bhau Cha Dhakka (Ferry Wharf) as also the cruise terminal near the Gateway of India with Navi Mumbai, Thane and Raigad district, the potential has always been high.

As the Mumbai Metropolitan Region (MMR) witnesses starting of commercial activities resulting in new job opportunities, as also increase in residential population, there is an urgent need to bolster existing transport services, so that the commute becomes easier.

The Maharashtra State Government has recently issued a letter of intent (LoI) for a hovercraft service between SoBo and Navi Mumbai, with plans to extended the same to Thane in the second phase. The service is expected to be launched by January 2020. The operator will initially press two vessels into service, and later increase it to four. The hovercraft are expected to be sourced from Russia.

This will make a huge difference to existing scenario where efforts of creating water transport linkage using the Ro-Ro model has been a case of ‘almost there’, but not quite operational. The announcement by the state government also mentioned that the Ro-Ro service between SoBo and Raigad district may finally take off later this year. The first Ro-Ro vessel, which is expected to be operational on the route, is expected to be sourced from Greece. It will carry cars, buses and passengers.

What has worked till now are private launch services lining SoBo with Uran and Alibaug, as also short distance services in Gorai, Marve and Madh that link to Mumbai’s suburban areas of Borivali, Malad and Andheri. The efforts on part of the state government to enhance water based connectivity includes linkages along the west coast of Mumbai; as also Vasai-Thane-Kalyan and SoBo – Thane – Navi Mumbai – Raigad District.

The Hovercraft as also Ro-Ro services being implemented will mark one step forward towards water transport linkages, which in turn, will enhance connectivity. The expectation is that these would be worked out as cost-effective transport solutions, which would help ease road and rail traffic congestion within the city as also the MMR.

Mumbai City is surrounded on three sides by the Arabian Sea, which makes it an apt location for creating linkages by using water transport. Hovercraft services used to ply between the Gateway of India in SoBo and CBD Belapur and Vashi in Navi Mumbai between 1994 and 1999, but the services were subsequently stopped due to various challenges, including the then lack of sufficient water transport infrastructure. With the present efforts enabling the required infrastructure, it should be a different story this time around.

Globally, there have been success stories of hovercraft services, and Mumbai as also the MMR and Raigad district seem all set to script the next such success story. Given the infrastructure which has bene created, as also the selection of proper vessels as also agencies to run these services, one hopes that the services will run 365 days a year, and effectively, provide Mumbai and the MMR with its much needed water transport success story.