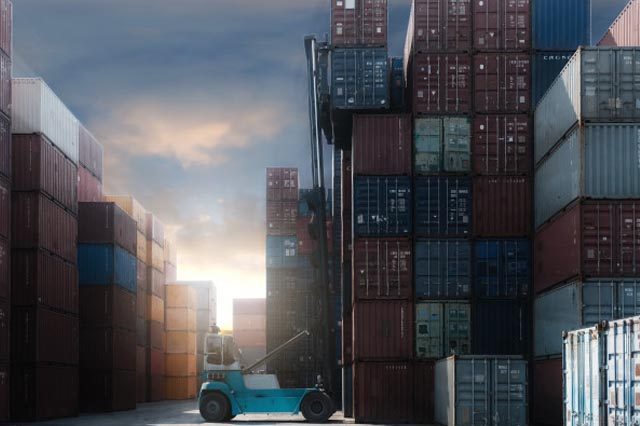 According to the HKTDC’s latest study, more than half of the local exporters surveyed have been negatively affected by the current trade friction.

As the trade dispute between the United States and Mainland China continues and the world economy beings to slow, the Hong Kong Trade Development Council (HKTDC) has made a further downward revision to its forecast for Hong Kong’s export performance in 2019, saying the city’s exports will decline 4% by value this year.

Speaking at a press conference today, HKTDC Director of Research Nicholas Kwan said the United States has imposed tariffs on almost all goods imported from the mainland. “Inevitably, this will have an impact on Hong Kong’s exports to the US. Local traders should look to capture opportunities among the challenges and hasten their pace of expansion into emerging economies such as Association of Southeast Asian Nations (ASEAN) countries, Latin America and the Middle East. Hong Kong’s exports to these markets are growing steadily, with ASEAN recently surpassing the US as the city’s second-largest export market.” In the first seven months of 2019, the city’s exports to ASEAN markets climbed 4.6% year-on-year while those to the US fell 10.9%.

Under the current restructuring of the global supply chain, Mr Kwan added that Hong Kong manufacturers can consider setting up new production bases in countries along the Belt and Road. “In addition to cooperating with industrial parks in these countries, they can also explore expanding their businesses in the respective markets,” he said.

According to the HKTDC’s latest study, more than half of the local exporters surveyed have been negatively affected by the current trade friction, with shrinking order sizes (73.4%), price bargaining (44.1%), cancelled orders (26.6%) the most common consequences. A total of 27.7% of respondents said they need to share additional tariff costs with buyers.

“It is worth noting that the reduction or cancellation of orders and price reductions is more serious than before. Among Hong Kong companies surveyed that have relocated their production or sourcing bases, 32.7% of them have shifted activity to Vietnam, 16.4% to Cambodia and 10.9% to India. This will impact Hong Kong companies that provide trade-related services,” Mr Kwan said.

He added that Hong Kong traders are known for their flexibility and are willing to reduce the MOQ in response to new sourcing trends. Combining trade fairs with online promotion, the hktdc.com Small Order service enables the instant transaction of goods with orders between five and 1,000 pieces. This helps Hong Kong traders to connect with new buyers and expand into fresh markets beginning with small orders.

HKTDC Assistant Principal Economist (Greater China) Alice Tsang said the HKTDC Export Index fell 9.9 points to 27.4 in the third quarter of 2019, close to the historic low experienced during the financial turmoil in 2008. “The indices of various industries and markets have fallen across the board, reflecting that Hong Kong exporters are generally bearish on export prospects,” she said.

With more than 70% of exporters anticipating a drop in their total sales in 2019, Ms Tsang said that the Sino-US trade tensions (33.2%), softening global demand (30.4%) and currency fluctuations (9.8%) will be the biggest challenges affecting Hong Kong exporters in the coming months. By comparison, the impact of Brexit will be minimal (2.6%). “Hong Kong exporters are becoming more pessimistic on the outcome of Sino-US trade war, with 61% of them expecting it will have negative impact on their businesses,” added Ms Tsang.

The HKTDC Export Index reflects the prospects of the city’s near-term export performance. Readings above and below 50 indicate an optimistic or pessimistic outlook respectively. The business confidence survey is conducted on a quarterly basis, interviewing 500 local traders from six major industry sectors including electronics, jewellery, timepieces, toys, garments and machinery.

Manufacturing in Myanmar and Cambodia

The ongoing trade dispute between the mainland and the US has pushed more Hong Kong traders to diversify their manufacturing and sourcing activities to other countries. HKTDC Economist Jacqueline Yuen has assessed the advantages of Cambodia and Myanmar as production bases in the region. Hong Kong businesses should carefully consider various factors before making an investment decision, she advised.

Ms Yuen said Cambodia is a pragmatic choice for Hong Kong businesses to set up factories, as the government welcomes overseas investment and provides preferential and tax relief measures for foreign investors. There is also no restriction on profit and capital remittance. She said Cambodia’s garment and textile industry is booming, and now accounts for more than 70% of the country’s total exports. To enable more diversified industrial development in the country, the government has set up more than 40 Special Economic Zones (SEZs). “These SEZs are generally equipped with better infrastructure and administrative support. Companies in the region are also eligible for import VAT exemptions and simplified customs procedures. In addition, Cambodia is connected to Laos, Thailand and Vietnam, making it easy for Hong Kong companies to export goods to these fast-growing consumer markets.”

Ms Yuen advised Hong Kong companies to pay attention to rising wages and the risk of suspension of preferential export access to the European Union (EU) when looking to invest in ASEAN countries. “The average monthly salary of manufacturing workers has risen above US$240 in Cambodia, and the minimum wage is now higher than that of Vietnam. Besides, under the Generalized System of Preferences scheme (GSP), Cambodia currently enjoys duty-free exports to major developed regions such as the US and EU. Once the EU beneficiary status is lost, the import duty on clothing and footwear could reach up to 17%.”

With a labour force of 24.6 million, Myanmar offers a good supply of low-cost workers, making it an attractive choice for labour-intensive manufacturing. She said wage levels in Myanmar were competitive in the region, with the average monthly salary of a manufacturing worker standing at about US$160. “However, Myanmar limits the work per week to 44 hours, while overtime is capped at four hours and any overtime work must be approved in advance by the Factories and General Labour Laws Inspection Department,” Ms Yuen explained. Another issue to consider is the country’s unstable electricity supply, with an average of 21 outages per year, each lasting for about an hour. “Back-up generators may be an option for Hong Kong manufacturers,” she added.

Under the Myanmar Investment Law, foreign investors going into less-developed regions in the country enjoy lengthier income-tax relief. She advised, however, that factories should not be located too far away from townships, as workers generally prefer a shorter commute. Otherwise, a transport allowance or shuttle bus service may be needed to attract workers.