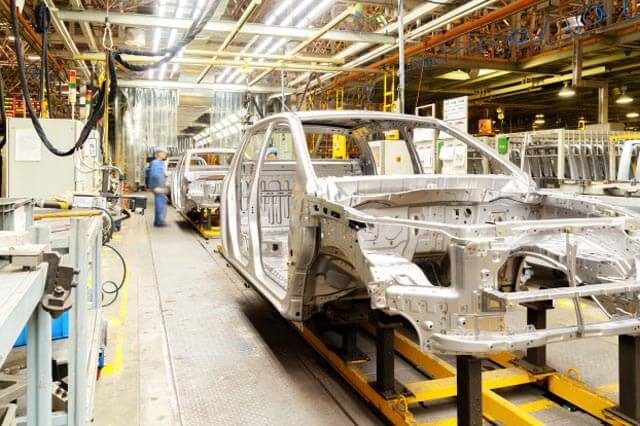 The Indian Forging Industry primarily caters to the $57 billion Indian Automotive Industry, which accounts for 60-70% of the forging production.

This Festive season the Indian Automobile Manufacturers have reported a rise of 5-7% sales during Navratri, Dussehra and Dhanteras. The uptick comes after a double-digit drop in sales each month from April to September driven by higher than previous discounts offered by the OE’s (Original Equipment) to enable liquidation of inventory. Thus, the overall Auto- Components and forging industry have not seen an improvement in their order books.

• The Indian Automobile Manufacturers reported a surge of 5-7% retail sales during thisfestive season
• However, October 2019 wholesale still shows a decline 7-8% versus October 2018 for passenger vehicles
• 60-65% of the capacity of the forging industry caters to the Auto sector which has witnessed a weakening demand of around 25 to 30% on an average across sectors, with the highest drop being experienced in the offtake by the Commercial Vehicle segment at a level off 15- 18% of last year.
• If the current scenario persiststhe industry anticipates further production and job cuts as some OE’s (Original Equipment) have already announced further curtailment of production for November viz October 2019

The data suggests that car sales for top three manufacturers have risen this festive season. In the Navratri, to Dussehra period the country’s largest car manufacturers, Maruti Suzuki and Hyundai, reported 7% and 10% growth respectively. For the same period, Mahindra registered a 100% spike in the sale of utility vehicles on Dhanteras. However, this spike in the sale at the retail/dealer’s level has failed to bring in any cheers for the forging industry, which continues to reel under the auto production cuts and pressure for liquidation of inventory that has built-up due to the changeover to BS-VI norms from 1st April 2020 onwards.

The apex body of the forging industry in India, the Association of Indian Forging Industry (AIFI) expressed concern over the lack of demand with respect to fresh orders from the automotive sector. With the ripple down effect of slumping automobile sales, the forging industry is facing the heat with a sharp decline in demand which has resulted in substantial production cuts.

The Indian Forging Industry primarily caters to the $57 billion Indian Automotive Industry, which accounts for 60-70% of the forging production, with the auto sector witnessing the worst ever slowdown the forging industry has witnessed a corresponding average slowdown to the tune of 25 -30%.

Speaking on the issue S Muralishankar, President- AIFI said “The recent slew of festivals saw few car manufacturers reporting a decent increase in sales at the retail level. As a result, we witnessed inventory clearance at the dealer level. The figures during the festive period clearly indicate higher retail sales than the number of wholesales. This increase comes after a drop-in sale for last two quarters, driven by higher discounts offered by the OE’s (Original Equipment) to allow the liquidation of inventories. The production and demand at the manufacturing level haven’t seen any upward movement because of which the forging and auto-component sector continue to reel under the Auto slowdown. Currently, there is a huge inventory build-up due to poor demand and to curb this, many forging units have been making proportionate cuts in terms of working hours and production. If this scenario stretches further, we anticipate more production loss and job cuts.”

The industry is additionally grappling with various other concerns which could have further negative impact besides the fall in demand for forged parts. Some of the major threats looming over the forging industry due to the auto sector slowdown are part obsolescence on account of the looming changeover to BS-VI norms from BS-IV with effect from 1st April 2020, drop in the value of currently non-moving inventory due to downward commodity price corrections, difficulty in meeting repayment requirements of loans and interest liabilities due to the reduction in capacity utilisation.

The industry produced a total 21.76 lakh vehicles including Passenger Vehicles, Commercial Vehicles, Three Wheelers, Two Wheelers and Quadricycle in Oct 2019 as against 24.93 lakh in Oct 2018, registering a de-growth of -12.72 percent over the same period last year.

The Automotive Sector has been hit by several factors like increase in acquisition costs of vehicles due to legislative changes, the impact of which is compounded by the high GST rates, farm distress and liquidity constraints, besides unemployment and underemployment putting pressure on the household disposable income, new BS-VI emission norms, uncertainties regarding regulations and government policy, fluctuating fuel prices and the delay in scrappage policy are some of the key reasons for the slowdown.

Apart from this, the industry is also dealing with many other challenges that seem to hamper the overall growth in the long run. Issues like the rising steel prices and demand-supply gap, high electricity tariff rates in Maharashtra region, rising fuel prices,government’s thrust on electric vehicles and technology up-gradation & modernization.

Strict lending norms – Banks have set up a few measures that reflect their cautious approach to new vehicle loans. Firstly, Banks have limited the funding from the usual practice of financing on-road costs to a vehicle’s ex-showroom rate. This has increased the cost of ownership for new car buyers.

MSMEs in trouble – The sector’s financial health went from bad to worse. Issues with payments and lack of demand, combined with market issues, threaten MSMEs ‘ survival in the country.In a recent development, the RBI instructed state-owned banks not to declare stressed assets of MSMEs as non-performing assets (NPAs) until March 31, 2020, as the current norms stipulate that if over 90 days, any default should be listed as NPA. But industry feels declaring NPA after 91 days is not practical as most customers don’t pay to MSMEs on time, causing immense liquidity issues and few smaller associations have highlighted this the RBI requesting seeking an extension up to 180 days.

“We believe that the government needs to take a holistic approach to revive the reeling auto sector and give a necessary push. The industry is hoping for a few immediate steps to be taken by the government like cut in GST rates, reducing the overall cost of ownership and time-bound implementation of scrapping policy amongst others. The revival will play a critical role in strengthening the Forging Industry and shall provide collaborative platforms to address the challenges faced by the industry.” concludes S Muralishankar.

With an annual output of about 30 Lakh MT, the Indian forging industry has about close to 400 forging units, of which 83 percent can broadly be categorized as Tiny and Small Enterprises. While 9 percent are Medium Sized, the remaining being Large Scale.

While SMEs contribute 30 percent of forging production, the Medium and Large-Scale units contribute 70 percent. With a total production worth INR 45000-50000 crore the forging industry provides direct employment to more than 300,000 people in the country along with an additional 60000 contract labourers.