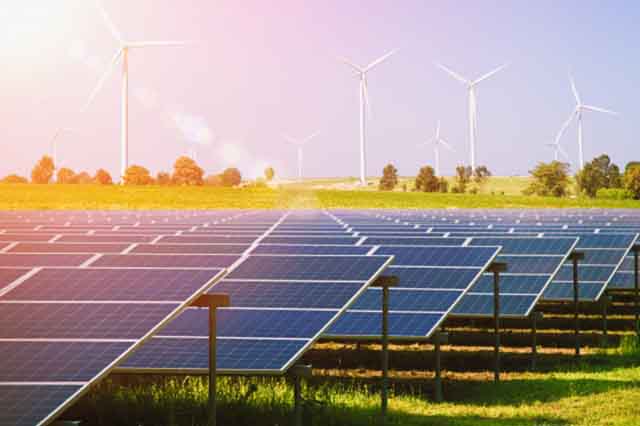 The board of Essar Power Ltd, an investee company of Essar Global Fund (EGFL) has approved an investment of INR 300 Crore in a 90 megawatt (MW) PV Solar power plant in Madhya Pradesh, marking the fund’s foray into renewable energy.

The entry into renewable energy is part of EGFL’s strategic decision to rebalance its power portfolio from coal-fired to green energy after investing in hydrogen power in UK and coal gas in India.

The fund has overseen the completion of the deleveraging program of investee companies in next two quarters. It intends to repay balance debt Rs.10,000 crore which is largely in power portfolio.

“The strategic plan to rebalance our energy portfolio is in line with our move to an asset light structure. In a series of calibrated steps, this shift will allow the company to bring down its debt from the current level of Rs 10,000 crore to Rs 3,000 crore through restructuring and monetization of existing assets and further investments in this green portfolio,” said Kush Singh, CEO, Essar Power Ltd.

In light of the stupendous success achieved in unconventional energy generation such as CBM and the ongoing initiative Hydrogen generation programme in our Stanlow refinery, UK, Essar’s foray into renewable energy will also be a precursor to an exit from coal thereby reaffirming EGFL’s commitment to be ESG compliant and mark all its investments a gold standard in sustainability compliance.

“Along with the ongoing hydrogen generation programme in our Stanlow refinery, UK, we have kicked off our transition to a new phase of investment led growth, with the energy portfolio taking the lead said Mr. Singh said adding, “We have taken this step in line with the major thrust given by the government of India in promoting and achieving the ambitious target of an installed capacity of 450 gigawatts of renewable energy by 2030.”

The proposed power plant is a solar photovoltaic project to be set up in Bhander, in Datia district of central Indian state of Madhya Pradesh across 105 hectares of land and will be executed in two parts: 33.7 MW and 56.17 MW.

Electricity generated from this plant will be evacuated at 132 kV level and is proposed to be connected to Bhander 132/33 kV MPPTCL substation, which is located at approximately 5 km and will be supplied to Industrial consumers within Madhya Pradesh. The project is expected to be completed by June 2022.

Essar Power has a current operating capacity is around 3185 MW. EGFL has invested about INR 32,000 crore in the power portfolio including 12000 cr of equity. EGFL has also invested in the transmission business by constructing a 465 km interstate transmission system, which spans across three Indian states. The company has completed its capex programme and is focused on increasing the profitability of the operating assets.

The other two businesses of the fund’s energy portfolio are also making impressive progress both in India and the UK. Essar Oil Exploration and Production Ltd (EOGEPL) is the country’s largest unconventional energy player and has emerged as a pillar of coal bed methane (CBM) gas in the mineral rich eastern region.