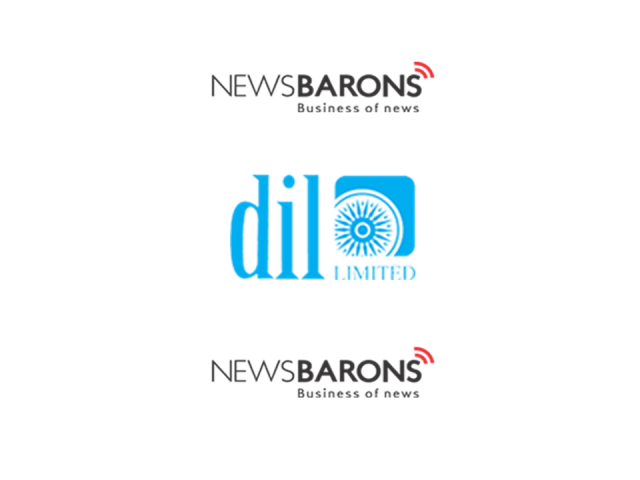 DIL Ltd. today announcedthe results for the third quarter of the current financial year. The consolidated results, which include the results of Fermenta Biotech Limited, DIL’s 91.2% subsidiary, continued to show strong momentum which has been seen in FY2018-19.

The highlights of the Consolidated Financial Performance include:

With the strong results, the revenues and profitability for the first nine months of FY19 have surpassed the figures for the entire previous year, FY18.

The results have been driven by the sustained business momentum in DIL’s subsidiary, Fermenta Biotech Ltd. Commenting on the performance, Satish Varma, Managing Director, Fermenta Biotech Limited said, “We are extremely pleased with our performance for the current year. In 9MFY19, we have surpassed previous year’s figures both in terms of Revenue and Profitability. Vitamin D3 revenues also witnessed an overall growth of 54% in 9MFY19 on a YoY basis. Vitamin D3 (Humans) grew 70% in 9MFY19 on a YoY basis, while Vitamin D3 (Feed) showed an increase of 46% in 9MFY19 on a YoY basis. The sustained business momentum has led to our capex planning for the next level of growth. In this direction, we have recently signed a 99 year lease deed with GIDC, to acquire land measuring 40,000 sq. mts. to expand our capacities gradually over the next few years.”

Expanding on the business efforts, he added, “Our efforts in the area of enzymes manufacturing has been yielding results. The total revenue from the Enzymes business stood at Rs. 9 Crores for 9MFY19 as against Rs 5.7crores in FY 18.

We believe the momentum in the business will continue in coming quarters and are confident of achieving overall ~25% revenue growth in FY19.”

Fermenta Biotech Limited (FBL) manufactures Vitamin D3 (Cholecalciferol), the only manufacturer and supplier in India and amongst the top few manufacturers in the world. Apart from Vitamin D3, it also manufactures niche APIs, and is a major supplier of Penicillin G Amidase, Polymer supports and Enzyme technologies for beta lactams and Bio-Enzymes for environmental solutions.

During the quarter, Fermenta Biotech received multiple awards at the India Pharma Awards 2018. The awards were given during the recently concluded Pharma week at CPhI India – South East Asia’s largest pharmaceutical event, and included awards for:

The quarter also saw Fermenta Biotech taking steps for future growth with the execution of a 99 years lease for acquisition of land aggregating to about 40,000 sq. mts. from the Gujarat Industrial Development Corporation Authority, Ankleshwar, Saykha. The land acquisition is part of the company’s long term capacity and product expansion plans. The expansion will be done in phases over the next few years and manufacturing under Phase 1 is expected to commence by end of FY 2020. The Phase 1 is expected to increase the total capacity by approximately 30%. The existing size of the Dahej facility is 30,689 sq. mts. 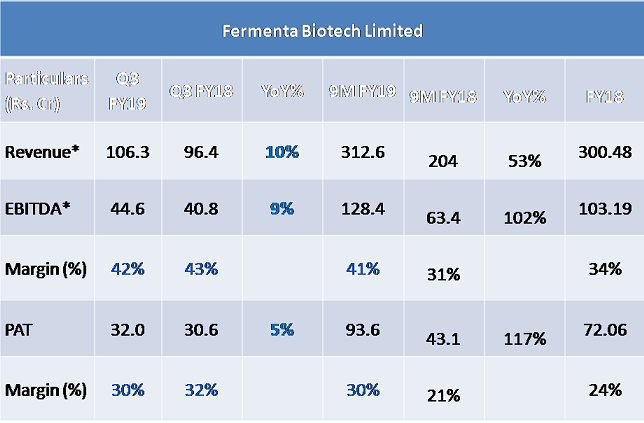