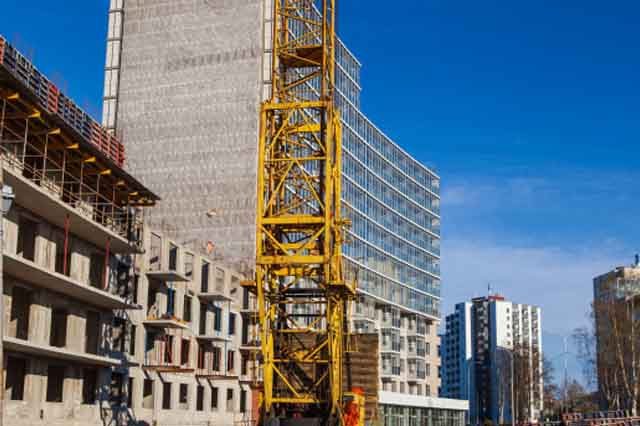 As per the Anarock report, Chennai has the least delayed housing stock of Top 7 cities.

Anuj Puri, Chairman – ANAROCK Property Consultants says “The report confirms that Chennai logged a 25% jump in housing sales in H1 2019 against the preceding year – much higher than Hyderabad’s 12% and Bangalore’s 9% over the same period. The city’s developers have remained focused on restricting new housing supply and deploying resources to complete ongoing projects. This has had remarkable results – Chennai has the least number of delayed housing units among the top 7 cities. The 8,650 delayed units, worth around INR 5,620 crore, were launched in 2013 or before – however, none of these projects are completely stalled or cancelled by their developers.

The major factor favouring Chennai is its diverse economy, which does not depend solely on the automobile and automobile ancillary industries but also banks heavily on its evolving services sector – especially IT/ITeS – and electronic hardware. Chennai houses more than 20 electronic hardware technology parks situated in the major IT-centric SEZs of Sriperumbudur, Oragadam and Mahindra World City. The upcoming aerospace park at Sriperumbudur, spanning 250 acres, will pave the way for continued growth.

The report examines Chennai’s residential real estate market in detail, revealing that the bulk of housing demand in Central and South Chennai comes from the IT/ITeS sector while demand in the peripheral areas is driven by the manufacturing industry.

• Nearly 72,000 units launched in Chennai since 2015
• Around 38% of this supply is in the budget range of INR 40-80 lakh while 36% is priced below INR 40 lakh
• Demand by mid-level IT/ITeS and automobile sector employees gives major traction to residential projects in the sub INR 80 lakh budget range
• Weighted average prices have corrected by 2% since 2015 and is currently at INR 4,950 per sq. ft.
• As on June 2019, total unsold inventory in Chennai was around 31,500 units with an overhang of approximately 30 months for liquidation – high when compared to Bangalore and Hyderabad, where the inventory overhang has reduced to 15 and 16 months respectively.

The city’s real estate sector has successfully attracted institutional investments to the tune of nearly US$ 2.0 billion since 2015, which accounts for nearly 14% of the capital deployed in the country. The highest infusion volume of US$ 674 million was recorded in 2018.

• South Chennai most active housing market with an equilibrium in supply and sales – 51,000 units new unit launches since 2015 and sale of 50,000 units in the same period
• Medavakkam and Sholinganallur are some important micro markets in South Chennai
• Auto clusters mainly concentrated in the western quadrant due to the region’s direct connectivity to Ennore port
• Strong base of services operators in automobiles and electronic hardware sectors – with no intention to wind up or relocate – will keep the economy buoyant
• Planned and under-development infrastructure initiatives will unlock the latent potential of several emerging localities and create opportunities for further real estate development across asset classes
• Education and retail are likely to grow further in the near future as the city widens its contours along the lines of new infrastructure addition