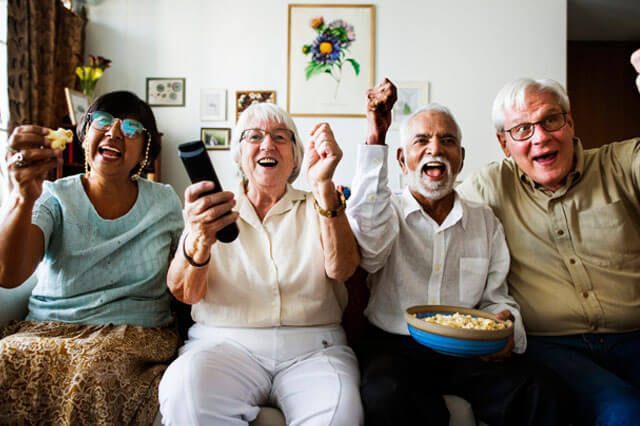 It is estimated that the population above 60 years (60+) of age in India will touch approximately 170 million by 2025.

There has been a marked increase in the number of senior living projects since 2010. With growing acceptability and demand for senior housing units, such projects are coming up in the suburbs of all key metros in the country and in some selected tier II destinations such as Coimbatore, Goa, Dehradun and some parts of North India.

There is a real need

It is anticipated that the elders in India would increase both in absolute numbers and relative strength, indicating a gradual swing to a senior population. Let us look at some figures. According to a CII study, the elderly population in India is expected to triple from 104 million in 2011 to 300 million in 2050, accounting for 18 percent of the total population in 2050. It is estimated that the population above 60 years (60+) of age in India will touch approximately 170 million by 2025.

Besides growth in sheer numbers, seniors are also evolving as a customer segment and have needs and wants, which are different from seniors in earlier times. A significant section of seniors today are independent, financially stable, well-travelled, socially connected, and as a result have well developed thoughts of how they want to spend time after retirement.

There is, today, a larger percentage of educated seniors than ever before in India. They now consider life after retirement as an opportunity to spend more time with families, pursue hobbies, develop new interests or even continue working or starting a new career.

While it is true that the seniors are more independent and better equipped to take decisions post their retirement, it is equally correct to say that their needs are not rightly understood and therefore not met appropriately by both public and private sector at large.

There clearly exists an untapped opportunity for investment and development in this sector. Unlike western countries where the senior living industry has gained maturity, India provides an opportunity to developers, service providers, healthcare players and operators to create solutions specific to India while leveraging learning from across the world.

While a substantial proportion of seniors want to live in the city around their children or in proximity to them, nuclear family and space issue in top metros create social challenges.

Also, for elders living in the outskirts of the city, on the one hand, they enjoy the peaceful, expansive environment, on the other hand, the benefits that the city life provides such as a super-speciality hospital, among others. In the outskirts of Mumbai, there are several senior living projects such as Nulife by Disha Direct and Gagan Group near Lonavla; Dignity Lifestyle in the foothills of Matheran Hills, at Neral, around 90 kms from Mumbai; Ashiana Senior Living in Lavasa; Athashri by Paranjpe Group in Pune and Tata Housing’s project in Talegaon.

There are several factors because of which senior living segment is expected to thrive on the outskirts of major metros and especially in tier II cities.

Affordability drives demand: One of the key issues that has an impact on senior living is affordability. While, on one hand, there is a desire to live independently, on the other hand ‘diminishing returns’ on post-retirement finances means a lot of senior citizens cannot afford such projects. Since land prices in the major metros are very high, senior living has more potential to thrive in tier II cities where land value is less. Such projects will be more affordable for senior citizens, who have to live off their savings after a certain age.

Lesser congestion makes it easy: Seniors prefer living in an environment which is crowd free, has a lower population density, lower traffic volumes and lower presence of less polluting industries. Some of the larger metros like Delhi and Mumbai do not fulfil these criteria. This also makes tier II towns ideal for senior living projects.

Availability of large land parcels: There is a realisation that senior living is not just old age homes, but social infrastructure is important around these projects. Senior living projects also require amenities such as large gardens, parks, walkable green spaces and wheelchair friendly pathways. In cities like Mumbai or Delhi, it would be difficult to come up with such projects as it will be a costly affair. Developers want quicker movement of inventory and increased absorption levels. The requirement of large land parcels is another reason why senior living is more likely to thrive in tier II cities as land is cheaper.

Healthcare accessibility: Availability and quality of healthcare plays a very important role for success of senior living projects. According to JLL Research, an estimated 27million seniors require specialised healthcare. Most of the senior living projects have a day-care facility for minor ailments and regular check-ups of their residents. Typically, senior living complexes should be in a radius of 5-8 kms or within 20-30 minutes distance from a good secondary and tertiary care hospital. With quality healthcare increasingly available in tier II cities and major healthcare providers setting up bases there,these cities are ideal for senior citizen projects, since developers can enter into tie-ups with them.

There are other requirements of senior citizens which tier II cities fulfil. One is the presence of social amenities such as temples, clubs, retail mall, entertainment and other recreational facilities nearby. Tier II cities also give senior citizens access to employment, since seniors, especially inthe independent living stage want to stay employed, even if it is part-time employment.

Senior living projects are on a rise

According to JLL Research Analysis, it is observed that an increasing number of developers are venturing into the senior living space of Indian market. While most of the projects being launched in this space are holistically dedicated to senior citizens, many developers are also launching integrated townships wherein a proportion of total units is dedicated to senior living along with generic residential development. For reasons mentioned above, most of these projects will thrive in tier II cities.