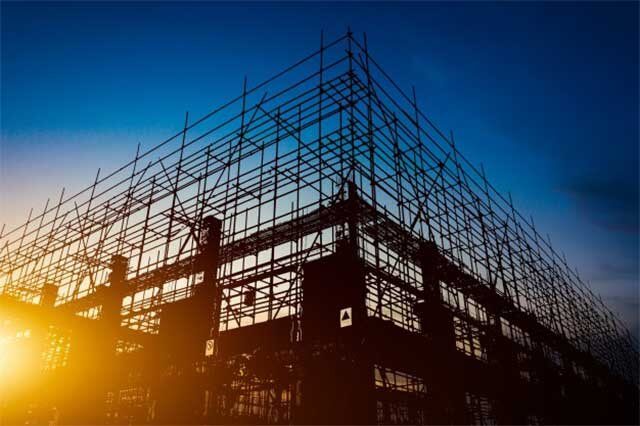 AECOM, a premier, fully integrated global infrastructure firm, and Asia Society, a leading global nonprofit institution, today launched a new chapter in their global conversation series, “Imagine 2060: Delivering Tomorrow’s Cities Together” in Mumbai, India. Each year, the series is dedicated to a key element for the world’s urban future. The 2019-20 chapter focused on land as the foundation for all cities; following the themes of air in 2018 and water in 2017. The next destinations are Singapore and Melbourne before concluding in Hong Kong in February 2020. Since its launch, Imagine 2060: Delivering Tomorrow’s Cities Together has convened over 1,000 key stakeholders to raise conversations with an even bigger audience across a diverse line up of global cities including: Delhi, Hong Kong, Los Angeles, Manila, Melbourne, New York, Singapore and Sydney. AECOM also came up with their second global “Future of Infrastructure” report where they asked over 1000 people in Mumbai for their views on the city’s infrastructure and their expectations for future developments.

Few key details of the report:

At the event Sean Chiao, President, Asia Pacific, AECOM said, “By 2060, around 70 per cent the world’s population will be living in cities compared to 55 per cent in 2018.  It is imperative to find ways to rethink and inspire our current land use and development strategies to accommodate this growth, balancing economic, social and environmental needs. Through Imagine 2060, AECOM and Asia Society are providing a platform to cross fertilize ideas and best practices across some of the world’s major, high growth cities.”

At the event Niranjan Hiranandani, Co-founder &amp; MD, Hiranandani Group said, “There are a lot of concerns that needs to be addressed. Today along with AECOM and Asia Society India Centre we have just scratched the surface and hope to solve these issues of Mumbai Infrastructure as soon as possible”

“The Real Estate Regulatory Bill and GST are some of the policy hurdles in the way of public-private partnerships in housing. Politics is often seen to interfere with policymaking which has hampered the process of slum redevelopment and rehabilitation.”

“The future of the entire world is in India and China and what is of consequence is the leadership and policies. The question is how to grow faster?”

At the event Bunty Chand, CEO, Asia Society India Centre said, “Asia Society’s partnership with AECOM has created a global forum to explore how cities can be made more livable, efficient and sustainable through robust planning and stakeholder collaborations. We aim to bring together industry, government and technical experts to promote dialogue, new ideas and solutions to catalyse and effect change.  We are committed to make Mumbai more resilient for our shared tomorrow”

Isher Ahluwalia, Chairperson of ICRIER said, “When a city the public demands better services and the government using public administration and consultative process delivers on those demands, it is called a smart city.”

At the event Ashwini Bhide IAS, Managing Director, Mumbai Metro Rail Corporation said, “Proper land utilization, connectivity and affordability are the key pillars on which the infrastructure of Mumbai is built upon. With relevant association and partnership with both public and private organizations, we will be able to make the city more convenient and simple for the public”

“All over the world, the primary public transport is the metro. In Mumbai, however, it is the suburban train network and land use is defined by this 150 year old network, supported by the BEST. There has been a neglect of public transport needs in Mumbai.”

While speaking about the way in which metro project was managed, she said, “In the metro project, public consultations and a robust rehabilitation policy helped keep the process inclusive and transparent.”

Imagine Mumbai: In Search of New Ground convened leading national and international leaders representing urban research, policy planning, infrastructure, real estate development and business at the St Regis Hotel in Mumbai, to focus on how optimization and innovation in the use of land, can transform future urban development for Mumbai and India’s other fast growing cities.