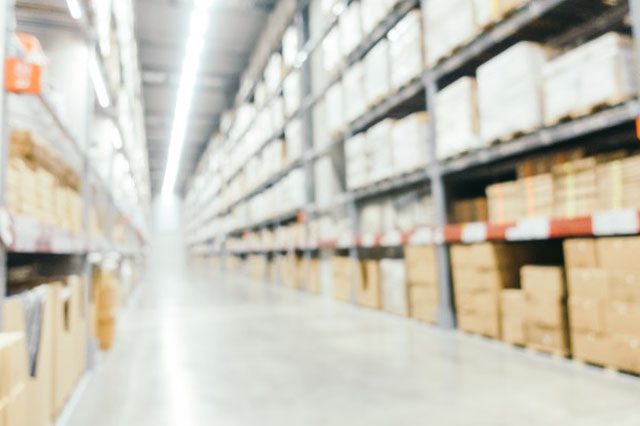 Over half of surveyed warehouse decision-makers plan for partial automation and augmentation by 2024.

Zebra Technologies Corporation, an innovator at the edge of the enterprise with solutions and partners that enable businesses to gain a performance edge, today announced the results of its latest Warehousing Asia Pacific Vision Study.

The study analyzes IT and operations decision makers from manufacturing, transportation and logistics, retail, post and parcel delivery and wholesale distribution industries for their current and planned strategies to modernize warehouses, distribution centers and fulfillment centers.

“Warehousing, distribution and fulfilment operations are undergoing a modern-day makeover as they transform to meet the growing needs of the world’s on-demand economy. Warehouse leaders today are turning to technology to address business critical challenges resulting from this global phenomenon, by adopting advanced technology and empowering their workers with a performance edge,” said Aik Jin, Tan, APAC Vertical Solutions Lead, Manufacturing and Transportation & Logistics, Zebra Technologies. “Expanding space, implementing new processes and enhancing workflows are only part of the equation. By 2024, warehouse leaders will be shifting their focus to the integration of more holistic solutions to build data-powered environments that balance labor and automation in the warehouse, ultimately empowering front-line workers with a performance edge to lead the way.”

The study reports on the forward-thinking fulfillment strategies that companies are focusing on to keep up with the growth of the on-demand economy. Both automation and worker augmentation solutions will be a key focus for decision makers’ plans over the next five years. More than three-quarters (81 percent) of respondents agree that augmenting workers with technology is the best way to introduce automation in the warehouse, but only 34 percent have a clear understanding of where to start automating. Currently, up to 88 percent of decision makers are either in the process of or are planning to expand the size of their warehouses by 2024. Meanwhile, up to 85 percent anticipate an increase in the number of warehouses during this timeframe.

“Consumers today have seemingly insatiable demands for 24/7 product search and purchase. The ‘I want it now’ mentality of consumers stretches across all industries and have since upended the supply chain, impacting manufacturers, retailers and the warehousing operations that serve their needs” said Deep Agarwal, Regional Sales Director of India, Zebra Technologies. “Our study further revealed that 49 percent of the surveyed decision makers reported an increase in consumer demand as a top driver for growth, with almost 40 percent of those surveyed stating that shorter order lead times are fueling their expansion plans and causing them to rethink their strategies.”

“To match up to the on-demand mentality of consumers, decision makers will need to quickly train their front-line workers to fill orders more efficiently. Outdated Windows® devices running green-screen applications are not designed to match the speed and volume of today’s on-demand economy. Conversely, modern Zebra Android touch-screen devices like the MC9300, MC3330R and MC3390R are designed for faster, more flexible operation that improves warehouse performance to meet the expectations of demanding consumers today,” added Aik Jin, Tan.

By 2024, automation will enhance worker performance rather than replace workers.

Rethinking fulfillment strategies and operations to meet emerging challenges across the warehouse remains a top priority.

• 68 percent of respondents cited capacity utilization as one of their top expected challenges over the next five years.
• 68 percent of organizations cited labor recruitment and/or labor efficiency and productivity among their top challenges, with 62 percent of respondents wanting to improve individual worker or team productivity today while also achieving workflow conformity.
• IT/technology utilization was identified both as the biggest operational challenge (68 percent) within the next five years and a desired long-term outcome for increased asset visibility, real-time guidance and data-driven performance.
• As warehouses expand, so will the volume of stock keeping units (SKUs) and the speed items need to be shipped. Decision makers will seek increased visibility and productivity by implementing more robust returns management operations (85 percent), task interleaving (85 percent), value-added services (84 percent) and third-party logistics (88 percent).

The investment and implementation of new technologies is critical for remaining competitive in the on-demand economy.

• Almost half (48 percent) of surveyed respondents cited faster delivery to end-customers as the primary factor driving their warehouse growth plans.
• Three-quarters (75 percent) of decision makers agree that they need to modernize warehouse operations to remain competitive in the on-demand economy but are admittedly slow to implement new mobile devices and technology.
• 73 percent of companies are currently modernizing their warehouses by equipping workers with mobile devices. By 2024, modernization will be driven by Android-based mobile computing solutions (90 percent), real-time location systems (RTLS) (60 percent) and full-featured warehouse management systems (WMS) (55 percent).
• 66 percent of respondents cited mobile barcode label or thermal printers as a key area of investment as part of their plans to add, expand or upgrade devices in the next three years.