The smart phone has moved beyond the definition of a mobile handset. It has now become one of the most important gadgets that now control all aspects of one’s personal, social, and professional life. India has over a billion mobile phone subscribers with over 204 million active smart phone users. And by 2020, this number is estimated to grow over 700 million active users.

At present, nearly, 60% of the of total internet users in India have access to the internet on their mobile phones. This growth of nearly 150% in the smart phone user base has led to enhanced internet connectivity across the nation raising the potential opportunities for the e-commerce industry in the country.

India has the second largest population, next only to China, with nearly 65% of the growing population below the age of 35 years. The youth dominated population and the growing internet & mobile phone penetration has had a great impact on the mobile gaming industry in India.

In the last one decade or so, the mobile gaming industry has evolved from the simple snakes or card games to the high involvement interactive games available for users across all age bands on the smart phones. With 65% men – 35% women participation ratio and an average of 7 hours spent monthly (Men 8.5 hrs/month & Women 6 hrs/month), it is the youth (25 – 34) that has the high playing percentage of nearly 35% amongst other age bands. Research has indicated that nearly 85% of all gamers are below the average age of 44 years.

If we look at the numbers, the mobile gaming market size in India is estimated to cross $571 million in revenues by 2016, with a year-on-year growth of 132.2 per cent. The online advertising spends for the current fiscal are estimated at INR 7300 crore, accounting for nearly 12.7% of all ad spending in 2016, expanding at the fastest pace of 47.5% compared to other mediums.

So are Marketers looking at this high involvement platform for brand promotions?

Mobile gaming as an advertising platform offer marketer’s direct consumer connects as the usage is personal and more experiential compared to pure selling on other mediums. A huge possibility for consumer–brand engagement awaits to be explored as this platform offers multiple seamless options for incentivized / non-incentivized promotional possibilities along with Native and Display advertising models. Marketers are now gauging the huge similarities between app downloads and online search as both are based on user preferences and interests levels.

Hetin Sakhuja, techopreneur and founder of IMT and the Lucky Stars, a Win Gift for free app. 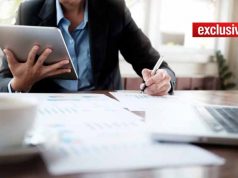 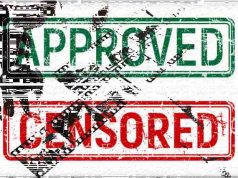