Home » Metals » There will be rising demand for steel based construction 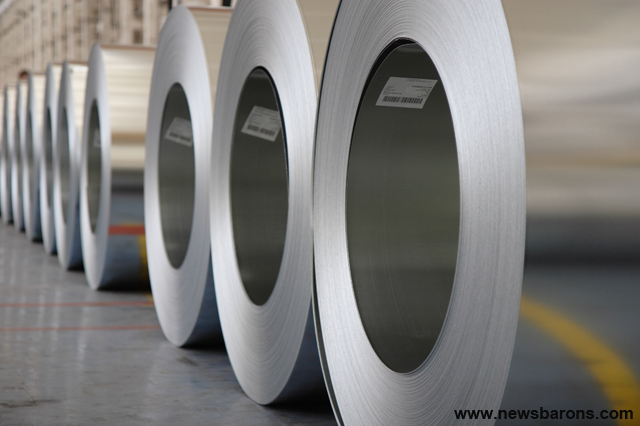 Katana, the deadly traditional Japanese steel sword instilled fear in the hearts of enemies long before ancient Samurai warriors actually stepped onto the battlefield. For hundreds of years, people across the world have benefited from the strength and longevity of steel.

Steel has proven to be dependable even in the harshest weather conditions and toughest situations. To further harness the benefits of steel, the government and private sector entities can ensure it is part of all major future initiatives.

The housing shortage in India is pegged at 19 million units and this means thousands of trees will be cut down for providing timber. If this timber is substituted with steel – it can save thousands of trees. Today, various types of steel substitutes exist for every housing need – from all-types of furniture to windows and doors.

Demand from Smart Cities:
The government envisages 100 smart cities across India that are expected to emerge as catalysts in improving the quality of citizen’s life. As part of the smart cities mission, we will witness major augmentation of existing infrastructural amenities such as highways, bridges, airports, residential areas, urban sewerage systems, community areas, parks, shopping centers, hospitals and educational institutions.

Most of these infrastructural amenities will require steel as a crucial input element. For example, steel is increasingly becoming an integral input of every infrastructural project. From the Bharatmala project that includes the building of about 34,800 km of roads and highways to the Rs. 8 lakh crore envisaged under Sagarmala projects for port development and modernization.

Today, technological advancements have allowed developers to design entire prefabricated steel structures in factories. These blocks are thereafter transferred to construction sites wherein they are put together much quicker vis-à-vis normal construction techniques. In an age wherein deadlines are crucial and any delay leads to project costs escalation – these steel-based construction techniques save both – time and money.

Such steel based structures are eco-friendly and recyclable thereby leaving a smaller carbon footprint. Even after a hundred-years, such structures can be dismantled and still have some scrap value unlike traditional structural debris that merely add to existing waste.

Due to its widespread usage, steel sector forms one of the core industries of any nation and national development isn’t possible without it reaching its full potential. Fortunately, India is blessed with one of the largest iron ore reserves – which is one of the key inputs.

India’s per capita income has been witnessing a steady rise over the last two decades and grew by 9.7 percent to Rs. 1,03,219 in 2016-17 from Rs. 94,130 a year ago. Additionally, the government has targeted to double farmers’ income within next five years.

This increased income levels is expected to spur demand for housing especially in the rural areas where rise in affordability will propel demand for affordable housing units. We can therefore, conclude that there will be rising demand for such steel based construction for both housing and infrastructure sectors in the years ahead.