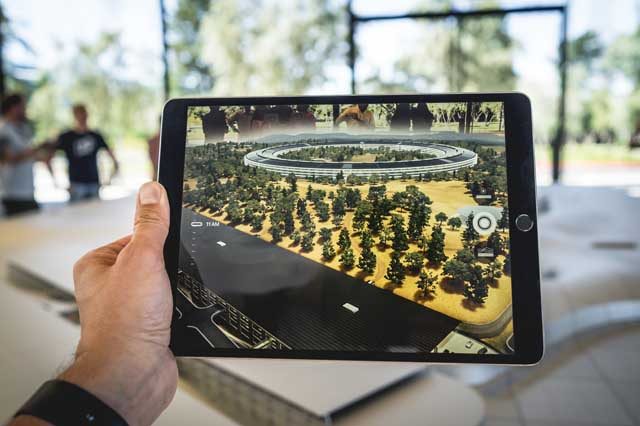 Augmented reality (AR) is another innovation that has very recently made a tremendous impact on both the tech industry as well as the pop culture.

Every once in a while, we hear about a technological innovation that appears to make an enormous initial splash only to fizzle out as the novelty wears off and people lose interest. For instance, when 3D televisions first began being widely available, a number of experts predicted that they could be the next big thing in consumer entertainment. However, a combination of the underutilization of its potential, as well as its relatively impractical nature, meant that it was quickly dismissed as nothing but a somewhat laughable gimmick.

Augmented reality (AR) is another innovation that has very recently made a tremendous impact on both the tech industry as well as the pop culture. AR is typically defined as an interactive experience of a person’s real-world environment where the various objects that exist in the real world are augmented or enhanced by computer-generated perceptual information. Using AR, everything in your environment from sight, smell, sound, and touch can be manipulated in accordance with certain parameters. Where virtual reality seeks to replace a user’s real-world environment with an artificial one, AR melds virtual data and information with immediate surroundings. In the process of doing so, it can alter a person’s perception in a vast variety of ways – both minute as well as significant.

For most people under the age of 30, their first major experience with AR was in the form of the mobile game ‘Pokémon Go’, which was released in the second half of 2016. The game allowed players to capture Pokémon by utilizing their actual real-world environment. By using an ordinary smartphone screen and camera players could throw virtual pokéballs at Pokémon, superimposed in their environment. The superimposed Pokémon would appear at designated points on the user’s map as well as at random locations at different times of the day. The world map of the game was essentially the map of a user’s respective neighborhood and progress in the game could only be made by physically walking to areas where Pokémon spawned.

The game had a tremendous impact on players of all ages and was an inextricable part of the world pop culture for the better part of a month. While interest over time eventually faded as its novelty diminished, Pokémon Go was a microcosm of the immersive potential that AR could have in the not so distant future.

AR is popular at this moment in time because it combines the familiarity of the actual environment and enhances it by making alterations that are either aesthetic or useful. Unlike VR which is entirely artificial, AR exists somewhere in the middle and offers artificial enhancement along with a safety blanket of an organic environment.

The future potential uses of AR are limitless. Everything from defense to business to the world of art, music, and culture can make use of AR innovations in some way, shape, or form. The sharing of vital pieces is exponentially expedited and hence able to reach a far wider audience than ever before. The interactive nature of this could further reduce the need for physical paper. Utilizing AR technology in combination with existing HUD (Head Up Display) technology could also change the way we interact with screens for years to come, by allowing an unprecedented level control.

To conclude, while the future looks bright for AR, it’s absolutely essential for it to be developed to its full potential before it’s unleashed in our day to day consumer products. Lest it be seen as yet another gimmick by an impatient world whose attention span appears to be getting lower and lower.

[This is an authored article by Umeed Kothavala, CEO and co-founder of Extentia Information Technology. All views, opinions and expressions are personal and limited to the author.]