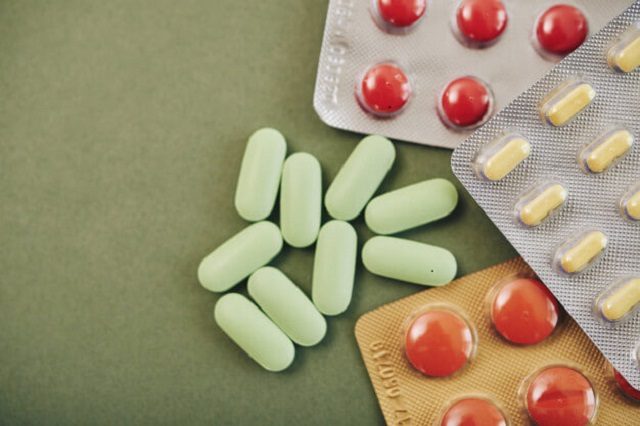 The three drugs will currently be sold in India and patent-free markets worldwide.

Morepen Laboratories Ltd. has developed and added three blockbuster drugs to its portfolio of Active Pharmaceutical Ingredients (APIs) for sale in domestic and global markets. The three bulk drugs / APIs are Rivaroxaban (trade name-Xarelto), Vildagliptin (trade names- Galvus, Zomelis) and UDCA (Ursodeoxycholic Acid). While two products Rivaroxaban and Vildagliptin will augment Morepen’s presence in the Cardiac and Diabetic segments respectively, the third product UDCA will cater to the Liver segment.

• Three new Drugs viz., Rivaroxaban (Cardiac Segment), Vildagliptin (Diabetes segment) and UDCA (for Liver ailments) added to API portfolio.
• Commercial launch of all the three drugs announced by the company, supplies to commence soon.
• Global market size of Rivaroxaban is $7.19 bn (Rs. 51,000 crore) and that of Vildagliptin is $ 1.28 bn (Rs. 9,000 crore).
• Rivaroxaban is the 10th largest selling drug worldwide. Indian patent for the drug is expiring in December 2019.
• Vildagliptin’s patent is expiring worldwide in December 2019. The drug enjoys 25 per cent share of the Indian Gliptins market valued at Rs. 3,500 crore.
• The three drugs will currently be sold in India and patent-free markets worldwide. DMF filing in the regulated markets likely within the next 12 months.
• UDCA is used for the treatment of Primary Biliary Cirrhosis, a liver disease which occurs due to improper functioning of liver. UDCA has a niche market of $200million (Rs.1,400 cores). The drug is already patent-free worldwide.
• Company recently got accreditation for its in- house R&D Centre at Baddi (HP) from Department of Scientific & Industrial Research, Govt. of India, New Delhi. With this, the company has plans to invest in the areas of advance research related to new API molecules, patented technologies and new polymorphic form of the existing products

The current global market size for Rivaroxaban, a powerful anticoagulant (blood thinner), is $7.19Billion (Rs. 51,000 cores) and that of Vildagliptin, which is a strong oral Anti-diabetic drug used for the treatment of type 2 diabetes, is $1.28 Billion (Rs. 9,000 cores). The global market size for Rivaroxaban is likely to touch $9.00 Billion(Rs. 64,000 crore) by year 2023 and that of Vildagliptin $1.35 Billion (Rs. 9,600 crore) by 2021. Morepen Labs will initially target patent free markets for these two drugs globally. The Drug Master File (DMF) for regulatory markets like US etc will be filed within the next 12 months’ time frame.

This was disclosed by Sushil Suri, Chairman and Managing Director, Morepen Laboratories Ltd., here on Monday. “The company has already built-up additional capacities and is now all set to commercially launch these three new API’s under its portfolio. Dedicated efforts of Morepen’s in-house R&D Centre at Baddi (Himachal Pradesh), which was recently approved by Department of Scientific & Industrial Research, Govt. of India, has led to the release of these three products,” he said.

“With a focus on new molecules, new patented processes, we now look forward towards investing more in our R&D Infrastructure for future growth of the company,” Mr. Suri further pointed out.

Rivaroxaban is the 10th largest selling drug worldwide. It caters to the Cardiac market. It was initially developed and patented worldwide by Bayer. Morepen already has substantial presence in this category with two leading statins – Atorvastatin and Rosuvastatin that are aggressively being used for lowering cholesterol. Now with the addition of Rivaroxaban in Morepen’s portfolio, company gets an added advantage in the cardiac market. The Indian patent for the drug is going to expire in Dec’ 2019 which opens floodgates for the company to export the drug to all the patent free markets worldwide and also supply the product to the large domestic market where it is commonly used to prevent blood clots and used for cardiovascular symptoms such as angina, heart failure, rheumatic heart disease etc.

Vildagliptin caters to the Diabetics market worldwide. Morepen footprint in diabetic sector is well established with a series of “glilptins” like Sitagliptin, Linaglitptin, Saxagliptin and new series of “gliflozins” like Empagliflozin and Dapagliflozin, already developed by Morepen’s R&D Centre. Development of low cost Vildagliptin, which is used for the treatment of metabolic disorders such as obesity, diabetes, PCOD & fatty liver etc., is a nice addition to growing Diabetic portfolio of the company. Vildagliptin patent is presently held by Novartis and this is set to expire worldwide in December 2019. Vildagliptin has about 25 per cent share of the Indian “gliptins” market of Rs. 3500 crore. Vildagliptin is the first molecule in the most commonly prescribed “gliptins” series that is going off patent and is certainly going to get good traction in the market.

UDCA is a niche product and has lot of technical challenges to synthesize. It is a naturally occurring product in the bile acid, found in normal human bile in small quantities. UDCA is used for the treatment of Primary Biliary Cirrhosis, a liver disease which occurs due to improper functioning of liver. It is also prescribed for the decrease in bile absorption, reduction in gallstone formation and also to relieve the symptoms of itching. UDCA has a niche market of $200million (Rs. 1,400 cores) and is expected to touch $300 million (Rs. 2,100 crore) by 2023. UDCA is already patent-free worldwide and ready for exporting across all the continents.

The bulk drugs (API) segment contributed marginally over 60 per cent to the company’s total turnover in Q1 FY 2019-20. API Exports grew by 50 percent during Q1 and domestic API business grew by 33 per cent in the quarter. Morepen Labs has plans to invest in the areas of advance research related to new API molecules, patented technologies and new polymorphic form of the existing products. This will also give a big boost to the fresh R&D initiatives of the company for investing in future.