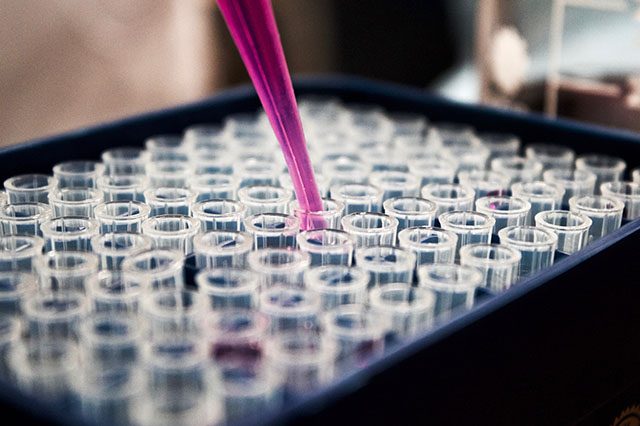 Commenting on the highlights, Kiran Mazumdar-Shaw, Chairperson & Managing Director, stated “Our Q4 FY19 performance was led by robust growth in our Biologics and Research Services business segments, supported by a significant growth in the Small Molecules business.”

“On an annual basis, our Revenue grew 31% to Rs 5,659 Crore, and Net Profit soared 143% to Rs 905 Crore. FY19 was a landmark year for the Biologics business, which reported a growth of 97%, thus emerging as a key driver for Biocon’s incremental growth. Our three strategic business segments Small Molecules, Biologics and Research Services have reported a top-line of over Rs 1,500 Crore each this fiscal. A higher share of Biologics revenue boosted profitability as reflected in the consolidated EBITDA margin of 27% for the full year despite a 34% increase in Net R&D expenses.

Ø Biologics revenue nearly doubled, led by biosimilars portfolio performance in developed and emerging markets.
Ø Branded Formulations India business reported a strong double digit growth which was offset by a decline in UAE.
Ø Generic Formulations business grew multi-fold off a low base, reflecting our focus on vertical integration in the Small Molecules business
Ø Research Services subsidiary Syngene crossed the Rs 500 Crore Revenue milestone with a Net Profit milestone of Rs 100 Crore in Q4 on a standalone basis.
Ø To commemorate the 40th anniversary of Biocon Limited the Board recommended the issue of 1 bonus share for every 1 share held in Biocon.

The Q4FY19 revenue growth was largely led by a robust performance by Biologics and Research Services, supported by a double digit growth in Small Molecules. The Biologics segment revenue grew 87% to Rs 451 Crore driven by strong sales of our biosimilars Pegfilgrastim and Trastuzumab in developed and emerging markets. Ogivri® (biosimilar Trastuzumab) was launched by our partner Mylan in Europe in Q4. We also launched our biosimilar Trastuzumab in a few more emerging markets this quarter. The product continues to gain traction in key markets of Latin America and AFMET regions.

The Branded Formulations business, which includes sales in India and UAE, was adversely impacted due to headwinds in UAE. However, the business in India reported a strong performance led by double-digit growth in Metabolics, Critical Care, Immuno therapy and Market Access divisions.

Research Services reported a robust growth of 30% YoY with revenue at Rs 534 Crore on account of sustained growth in the Discovery and Development Services segments. On a standalone basis Syngene crossed the Rs 500 Crore Revenue milestone with a Net Profit milestone of Rs 100 Crore in Q4.

During the quarter, Syngene and the Government of India’s Biotechnology Industry Research Assistance Council (BIRAC) collaborated to set up a Centre for Advanced Protein Studies (CAPS). . The 2000 sq. ft. centre at Syngene’s Bengaluru Campus hosts a state-of-the-art, GLP-accredited analytical laboratory which will be available to BIRAC-funded start-ups, SMEs/MMEs and academia in India at an affordable cost.

* A net exceptional income of Rs 176 Crore related to change in the fair value of our investment in U.S.-based Equillium Inc. was reported in earlier quarters during FY19.