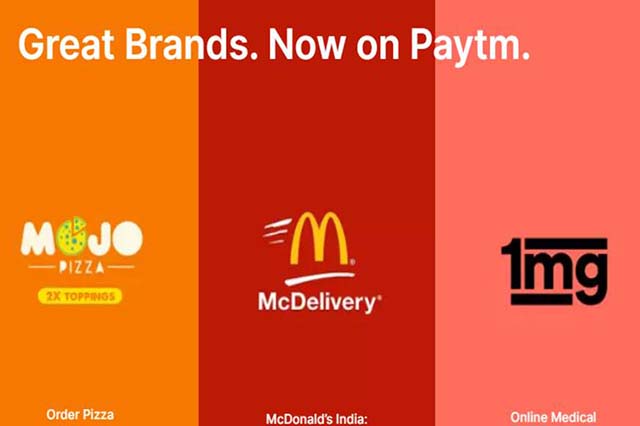 The new process flow will make it easier for developers to create & host their apps on Paytm’s platform and expand the reach of their business.

• Developers can create & host their apps on Paytm’s Android Mini Apps Store in 3 easy steps
• Major brands including BB Instant, Vedantu, Apollo Pharmacy, Ferns & Petals are already live
• Aims to onboard over a million mini-apps on the platform

India’s leading digital financial services platform Paytm today announced the launch of Do-It-Yourself (DIY) flow for developers to list their apps on its Mini Apps Store. The new process flow will make it easier for developers to create & host their apps on Paytm’s platform and expand the reach of their business. With more than 15 million monthly users on Mini apps alone, the platform is already helping hundreds of app developers across India further accelerate their business and reach their target users.

Paytm Mini Apps Store is enabling small developers to set up low-cost, quick-to-build mini-apps which can be built using Open Source technologies like HTML and JavaScript. The Mini app store allows developers to integrate seamlessly with Paytm identity and payment services. Apps can leverage Paytm’s industry-leading payment experience and allow their customers to pay through a wide range of payment instruments. In the last few months over 600 apps have been featured on the mini-app store with an additional 1000 in the pipeline. Some of the big brands that went live recently include Park+, BB Instant, Vedantu, Apollo Pharmacy, Ferns n Petals, among others.

Using the new DIY flow, developers can create & host their apps on Paytm’s Android Mini Apps Store in three easy steps. The company said that a merchant can register by entering a few basic details on the same Business Dashboard, which they already use for their payment settlement and reconciliations. Once onboarded, merchants can easily integrate the key features using the already installed Paytm app. There is no need to install or set up anything else. Once completed, merchants can submit their app for review and post-approval and can launch their Mini App to millions of Paytm users instantly.

Shreyas Srinivasan, Head, Paytm Mini Apps said “We are proud to empower a sustainable and thriving local technology ecosystem that resonates with the true spirit of Atmanirbhar Bharat. Our new DIY onboarding process will empower more developers to leverage our reach and digital infrastructure to build new innovative products. Developers also rely on Paytm Payment Gateway and payout services to offer a seamless payment experience to their customers. Unlike other app stores, developers get paid instantly and we charge 0% MDR on Wallet and UPI. This is an industry first and we hope this will further accelerate digital adoption in India’.