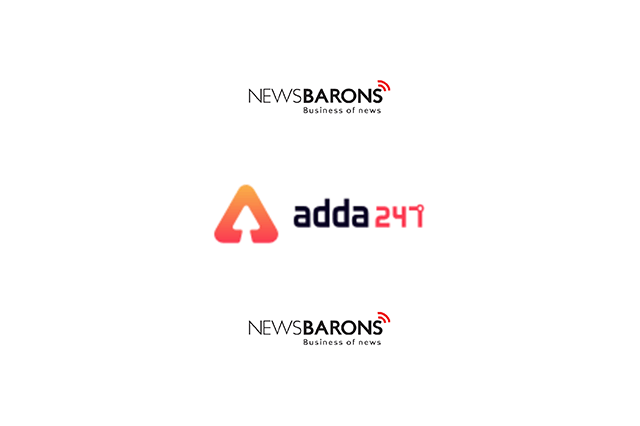 Adda247 records over 2.5 million subscribers and 250+ million viewers on its YouTube channel

Marking a significant milestone for India’s largest and fastest growing education-technology company, Adda247’s YouTube channel recently reached over 2.5 million subscribers and 272 million views, in just a span of three years since it was launched. The channel, launched on January 31, 2016 with a video production team of 2 people, is now run by a dedicated in-house team of 50+ people and counting.

Adda247’s YouTube channel was started with a goal to reach out to those candidates/students who were unable to enrol at offline coaching centres to prepare for various government examinations. It has grown from 11.3K subscribers a month to approximately 132.62K every month in just a span of 3 years. In addition, with around 500K views per month during the initial 6 months of the channel’s launch, the number of monthly video views has now crossed the 20 million mark, and continues to grow rapidly. Adda247’s YouTube channel boasts a vast collection of high-quality educational content, providing free online coaching for bank PO exams and SSC CGL exams. It publishes crisp and relevant videos related to bank exams (like SBI PO, IBPS PO, Bank PO, Bank Clerk IBPS Clerk, SBI Clerk, etc.), SSC exams (like SSC CGL, SSC CHSL, etc.) and other government jobs.

Anil Nagar, Founder & CEO, Adda247, commented, “Adda247’s YouTube Channel was launched with a singular aim to make quality education reach the mile. Given the sheer number of people in India preparing to appear for government exams or looking to hone their knowledge, we realized video was the most engaging way to reach a larger audience across the country. Reaching 2.5 million subscribers and upwards of 250 million views in three years is truly a remarkable achievement for us and I would like to congratulate the entire team for their dedicated efforts for making Adda247 one of the leading educational platforms in the country.”

In 2018, Adda247 was the sixth most watched educational channel from India on YouTube. The company’s focus on leveraging an integrated cross-channel approach has helped Adda247 emerge as the largest online player in the ed-tech segment and cement its position among the top 5 educational apps in India. The videos on Adda247’s YouTube channel are available in both English and Hindi, and are created with a focus on making them easily understandable for the maximum number of learners. The content is delivered by a highly capable team of teachers and experts to ensure the best possible, insightful learning experience for the students.

The platform has left no stone unturned in creating a hi-tech avenue for enabling seamless delivery of educational content to its students and eventually endeavours to make quality education accessible to the last mile. Having grown at such a rapid pace in the last couple of years, the company aims to take its subscriber count to 5 million by December 2019 and 10 million by December 2020. In addition, the company is also seeking to reach out to more than 50 million learners by increasing video views by 10x over the next 2 years.

Incepted in 2016, Adda 247 is one of the largest education-technology companies in India, focused on helping every student access quality education and training to become capable of cracking the most intensive competitive examinations. The mobile app, which currently holds the position of being the second largest Ed-tech platform in terms of paid users, has been focusing on the growth and proper training of the brightest minds in the country. The company houses multiple platforms to serve millions of students across India such as Adda247 mobile app, Adda247 YouTube channel, bankersadda.com, sscadda.com, ctetadda.com and Career Power. The company’s focus on leveraging an integrated cross-channel approach has helped Adda247 emerge as the largest online player in the ed-tech segment and cement its position among the top 5 educational apps in India. The platform has left no stones unturned in creating a hi-tech avenue for enabling seamless delivery of educational content to its students and eventually endeavors to make quality education accessible to the last mile.