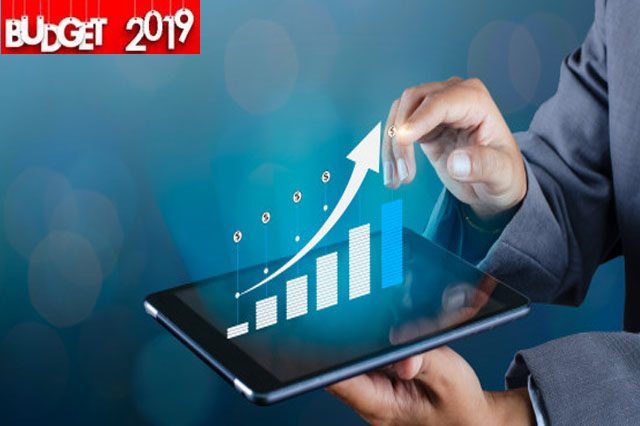 From One GST, Regional connectivity Scheme, exempting helmets from GST to lowering tax burned on the lower income group are few of the industry demands from the upcoming Budget 2019.

The logistics and warehousing sector in India is at an inflection point: Mayur Toshniwal, Future Supply Chain 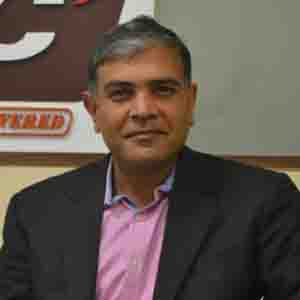 The logistics and warehousing sector in India is at an inflection point, with demand outstripping supply. To keep the growth momentum on, we expect the Government to make crucial announcements relating to integrated transportation hubs, multi modal logistics parks, opening the national logistics portal and simplifying labour laws across the country that will help the sector immensely. Simplification of GST with regards to logistics industry is the need of the hour which will provide the necessary thrust on ease of doing business. The budget should also focus on including regulations that will drive the organizations to digitize key logistics and supply chain processes. We expect increased outlay and speed of action on already announced infrastructure projects such as Sagarmala, Bharatmala and dedicated Freight Corridors, which will have boost efficiencies for the sector.

We are optimistic and hopeful that the government will continue to be open-minded and maintain the impetus of its past initiatives while bringing necessary reformations to further enable the aviation sector. The Regional connectivity Scheme titled UDAN needs particular attention and allocation in this Budget. An increased digital penetration in the last few years has been one of the biggest contributors to the rise of the Indian travel industry. So, we expect the budget to sustain and accelerate India’s digital journey. We also hope that the government will bring necessary provisions to accommodate four different slabs under ‘One GST Rate’ in this budget. Simplifying input credit mechanism on air and accommodation services including big-ticket transactions like travel bookings, along with processes like GST filing, will provide a fillip to the sector.

As this sector is one of the most organized and tax compliant industries in India, we further hope that the Government will take necessary actions to remit or remove TCS entirely. This will alleviate the unnecessary financial burden on the airlines and the OTA’s which will translate to passengers getting superior aviation services at lesser fares. 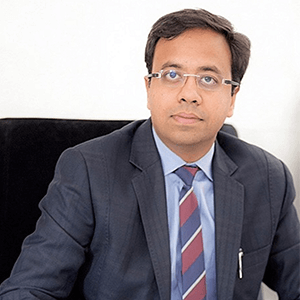 It will be good if the new government brings down the GST slab on electronic vehicles to 0-5 percent. Moreover, in coming times government should encourage the sales by offering subsidies etc. so that demand for these vehicles goes up significantly and the plan should also be to make EV’s economically viable on its own. Also with the applicable rates for GST customer will gain comprehensive benefit. In addition to control on the traders needs to be increased as they are the ones who distress the image of the industry due to the poor service offered by them.

The industry is hopeful that the new government will taken into consideration electric two-wheelers and three-wheelers powered by conventional lead-acid batteries and that it will be eligible for claiming subsidy under second phase of FAME-2 as to give it a sales thrust, consumer experience and help build a customer base.

The industry is hoping that the new government will create an optimistic milieu for the Environment friendly technologies as they are focused on reducing emission of green house and reducing carbon emission.

Budget should draw from the point made in the NEP on achieving ‘foundational literacy and numeracy’ by 2025: Sivaramakrishnan V, Oxford university Press 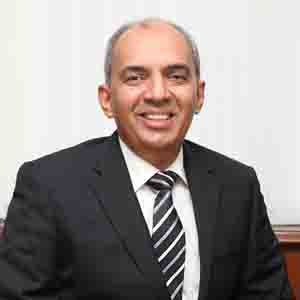 The budget is coming up with the proposed New Education Policy (currently at draft stage) in the background and hence allocation towards education will be closely watched. We think this the budget should draw from the point made in the NEP on achieving ‘foundational literacy and numeracy’ by 2025. It will be worthy to tie-in early digital literacy with this effort and therefore allocation towards ‘ICT in Education’ during Primary schooling should be strongly considered. Another area of focus should be the Continuous Professional Development (CPD) of teachers with its delivery through the Public Private Partnership (PPP) model. Budget allocation combined with minimum mandatory hours of CPD will help to upskill our large educator community.

Previous budgets have focused on skilling and vocational streams, and as an extension, the Government must have an outlay for English language teaching so that the employability quotient of our young workforce goes up. This has the potential to directly impact the country’s GDP. Education, being on the concurrent list, is a subject of interest to states as well and hence any new initiative must fit in well with the agenda that the respective State Department of Education (DoE’s) has to carry forward.”

The budget presented last year by our Finance Minister was holistic which focused on critical areas of the country’s interests. We hope, this year our new Finance Minister, Smt. Nirmala Sitharaman presents a budget which is in-sync with the growth of the Indian economy.”

We expect the government to take initiatives which will push the economy upwards. Taking balanced efforts towards the rural and urban economy will help in boosting the demand supply chain of the country. In my view, the government should put policy reforms to raise potential growth without creating periodic bouts of macro-economic instability. We feel that the budget should be futuristic and continue to focus on implementing concrete measures to revive the economy and boost consumer sentiment.”

We expect that the budget should concentrate on curtailing the tax burden of the low income group. It will lead to a higher consumption rate, widening the horizon to the paint sector. Currently, one of the biggest challenges is to keep the grip in the rural sector which is a growth driver of our industry. We hope that the government offers policies that suppress the rural poverty issue. Also, we are hopeful that the government takes powerful initiatives to revive the real estate & housing sector. Being closely associated to the sector, the business of the paint industry will prosper which will further provide impetus to the economy. It is essential that this budget favours the manufacturing sector. The budget should be futuristic and focus on implementing concrete measures to boost consumer sentiment.” 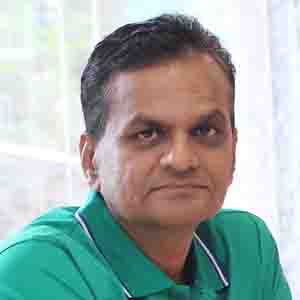 With a second term through a resounding mandate, we expect the Modi Government to focus the budget around reforms that will be critical to drive long term economic growth. Land reforms, micro housing development, rural town development projects and special sops for agri and allied industries are some of the key areas we expect will give new impetus to the budget. We also expect the budget to provide, the much anticipated tax relief through changes in personal income tax for the middle income household to perk up consumption. 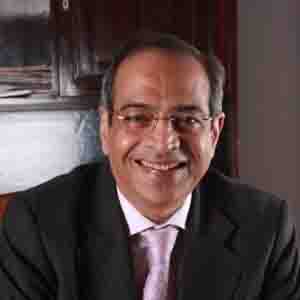 As the MHCV & farm industry has witnessed hard time recently – For MHCV it would be in the best interest for the government to pull forward the implementation of the vehicle scrappage policy over 10 years in age. This will immediately spur growth and improve logistic efficiencies due to advanced technology. Over and above, bringing more liquidity into financial services is critical for further spurring all around growth. From a farm sector standpoint, we need strong reforms to ensure sustainable growth such as easier credit and insurance; relook at the land ceiling act. We are hoping the budget would start stimulating growth now that the elections are over and a stable government with a good mandate is in place.

Lastly, irrigation and groundwater management need to be audited and implemented with a standard operating process to avoid leakages and cause overall harm to the farm sector thus affecting the industry.

GST should not be levied on helmets as they are meant for safety: Rajeev Kapur, Steelbird Helmets 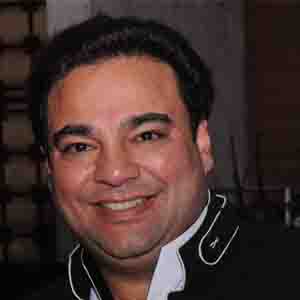 As far as the helmet industry is concerned, GST shall not be levied on helmets as they are meant for safety. Helmets are life saving device just like medicines. Therefore, just the way there is no GST on medicines, so shall helmets be exempted.

Moreover, unless helmets are exempted from taxes, prices will go up and the effort of the government to roll out the new ISI standard and mandatory use of ISI helmets will be defeated.

High GST rate has made star category hotels in Indian cities the most taxed in the world: Sandeep Gupta, Asian Hotels West Limited 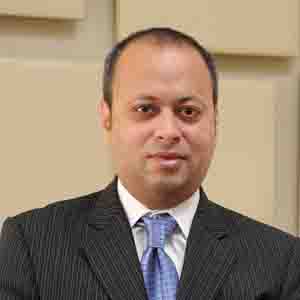 The hospitality and tourism is one of the fastest growing sectors in India and it has the potential to expand by 2.5 per cent with higher budgetary allocation. The employment opportunities are expected to rise by 2% each year to 52.3 million jobs by 2028. While the hospitality sector is expecting better policies and tax reforms, keeping in mind the primary GST rate of 28% on luxury hotels. The high percentage has made the star category hotels in Indian cities the most taxed in the world. By rationalised changes, one may standardise the luxury segment and making India a competition ready with an increase in demand. This would also result into India’s positioning as one of the chosen destinations, enabling the foreign exchange value for the nation.

Import of maize should be allowed duty free this year to provide relief to farming sector: Amit Saraogi, Anmol Feeds

There has been significant rise in the price of maize in the country which is directly affecting livestock feed market. The maize price had been on all-time high in range of Rs. 23 and refuse to cool down even during harvesting time.

There are many reasons that have contributed to this hike like droughts in several states, fall army worm that have destroyed crops in Maharashtra and Karnataka.

Moreover, a 5% GST has been imposed on raw materials such as Soya DOC, Rice Bran and MBM essentials. All these factors are affecting the industry significantly. There is 7-8% deficit in the production of maize in domestic market.

Hence it is suggested that an import of 1 million MT can help meet the shortfall and cool down price in short term. However, government should take measures to meet the demands of the industry and provide some relief from the situation. The Import of maize should be allowed duty free this year to provide relief to farming sector reeling under abnormally high maize prices.

Further to boost the sector, government should also invest in and undertake programs that will help in creating awareness among farmers on how to use modern feed and farming techniques which in turn will help Aqua farmers in earning more profit. Policies should also be undertaken that will help farmers access the much-needed capital. The Kisan Credit Cards should also be handed out at a faster rate so the farmers can access this capital to help them grow further.” 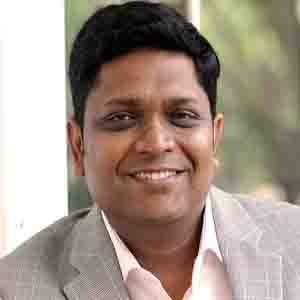 Reducing GST on education sector (currently taxed at 18%) substantially will make education more affordable to a much larger mass and also help in attracting more FDI into this sector, also focussed skill development initiatives (to increase employability) are need of the day.