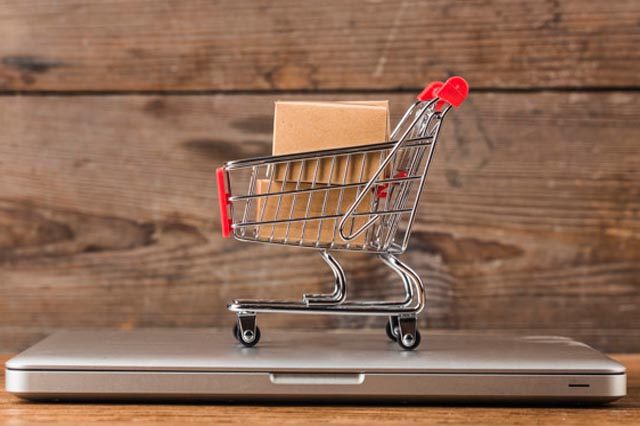 TECI, The E-Commerce Council of India, commissioned a survey with Channelplay to understand the views of independent online sellers with regard to the emerging E-commerce policy issues.

India’s e-commerce is in a fast growth zone and the e-commerce platforms are transforming the way products & services are consumed in India. The Indian E-commerce market is outpacing the offline retail growth and is expected to touch 230 Billion USD by 2028. India is at the cusp of a massive online boom, fueled by low data tariffs, affordable smartphones and growing Internet usage. E-commerce in India has grown beyond the first wave of metro consumers in Tier 1 cities and is now rapidly adding millions of buyers from Tier 2, 3 cities and beyond. Another 400-500 million shoppers are expected to come online over the next 10 years, joining the nearly 100 million existing online shoppers in India.

However, to cater to the demand of a fast-increasing online consumer base, a strong seller ecosystem is essential. The growth of e-commerce is now creating opportunities for independent sellers, mostly small and medium enterprises. Most of these sellers operate in the various markets and bazaars of India and serve consumers who physically visit them. Online marketplaces present these sellers with an opportunity to extend their operations online and serve consumers who are now moving online rapidly and will also buy online with growing frequency.

Context of this Survey

Given India’s vast and rich retail network, India has chosen the marketplace model to develop the e-commerce sector in India. These marketplaces are designed to be technology platforms connecting independent sellers to buyers. This is a conscious choice to ensure that existing retail is provided with an enabling opportunity to go online and explore further growth opportunities. Hence, medium and small enterprises are the foundation of the supply side of e-commerce marketplaces in India.

Over the last few months, a lot of attention has been focused on FDI guidelines, draft e-commerce policy and more recently on consumer rights. However, the voice of independent sellers has not been heard on e-commerce issues.

It is in this context that TECI – The E-Commerce Council of India commissioned a survey with Channelplay Limited to conduct this survey to understand the views of independent online sellers with regard to the emerging E-commerce policy issues.

The methodology adopted was random selection of sellers who were selling online for at least 12 months on at least two marketplaces namely Flipkart, Amazon, Snapdeal, Paytm Mall and ShopClues. 541 respondents participated in the survey.

The following were the top insights which came out of the survey:

FDI-funded marketplaces are mandated to be only technology platforms and are prohibited from exercising ownership over the goods sold on their platform or influencing (directly or indirectly) the price of goods sold on the platform.

However, as various media reports over the last three years detail and recent updates to the FDI policy (via press note 2 of 2018) show, the role of marketplaces has repeatedly been scrutinized.

In this regard, the respondents had the following responses to three questions asked to them:

a. Marketplace as a Neutral Platform: 89% of the respondents said that neutrality of the marketplace was important as a core principle and that marketplaces should not have any of its own / related party sellers on the platform.

b. Independent Sellers Hurt by Related Party Sellers: 94%of the respondents felt that sellers controlled by the marketplace (through various arrangements) hurt the business of independent sellers on the platform.

In the context of proposals contained in the draft e-commerce policy, sellers were asked three questions with regard to their obligations in online and offline business operations.

a. Parity Between Online & Offline Responsibilities: 89% of the respondents felt that the laws, rules & responsibilities for online sales should have parity with those for offline sales. This is on account of the fact that most online sellers buy and sell across both physical and online markets – different rules for parts of the same business add compliance complexity.

b. Similar Control of Offline & Online Channels by Brands: 87% of the sellers surveyed opposed brands attempting to exercise greater control over online channels vis-a-vis their control of offline channels. 87% of the sellers surveyed said that if an offline seller does not need permission from a brand to sell its product in their physical shops, the online sellers should also not be required to seek such permission.

c. Equal Opportunity for All Online Sellers: Reacting to equal opportunity for all online sellers, 87% of the sellers surveyed said that brands should not have the right to restrict which sellers will sell their products online, if they do not make / enforce such restrictions for offline sellers.

The problem of counterfeits is spread across both physical and online markets. The issue of unscrupulous sellers attempting to sell counterfeit goods through online platforms is one that affects consumers, marketplaces and also the honest sellers. A vast majority of the sellers surveyed were in favor of strict action in this regard to mitigate the problem. Respondents answered two questions in this regard:

b. Marketplace Action to Combat Counterfeits: Almost all sellers agreed that counterfeits needed to be acted on effectively, while suggesting varying approaches to tackle the same. 80%of the sellers felt that marketplace should first inform the seller and then remove the listing from the marketplace. They opposed a course of action which involved informing the seller later after removing the listing or blacklisting the seller from the marketplaces – choices they felt were harsh and deny sellers a fair opportunity to present their facts before a decision is arrived at.