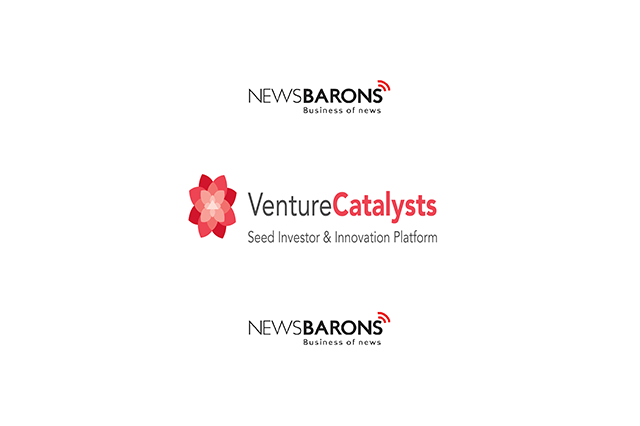 Venture Catalysts (VCats), India’s first integrated incubator, recently announced its plans to expand in the epicenter of start-up activity in Europe, the UK. After registering its presence as the most prominent investment platform in India and amongst the top 5 platforms in Asia, VCats has entered into a partnership with JPIN, a Euro-Asia focused VC, a startup mentor and a global advisory, to build the largest Euro-Asia corridor for angels to invest and nurture early-stage ventures.

The third largest tech hub in the world, London provides the ideal ecosystem for VCats to spread out its robustly expanding network in a market with a high concentration of capital, international talent and innovative business ideas. With an impressive portfolio of some of the most successful start-ups in India, VCats wishes to replicate its success story across Europe, starting with the UK.

With abundant accelerators, government support and serving as an access point to other markets of the West, London offers the right conditions to build the largest community of angels focused on enabling both Asian startups to expand to Europe and vice versa. Considering the same, VCats has developed detailed blueprints for the year 2019 and 2020, enlisting its operational objectives to be achieved sequentially. In 2019, VCats aims to develop a 150+ member strong investment network that includes HNI/Corporates as well as business families in the UK. It also aims to raise INR 60-75 crore for early-stage deals and continue to increase the amount to INR 100 Crore + for subsequent rounds of promising start-ups in the portfolio.

In 2020, VCats aims to aggressively expand its investor community network to include more than 500 members. It will also help to raise the early stage and follow-up round funding capabilities significantly, with a range of INR 125-150 crore+ for early-stage deals and INR 250 crore+ allocate for subsequent rounds.

JPIN through its vast network of investors from diverse backgrounds, including angel investors, HNIs, family offices, VCs, corporates and Private equity firms, plans to create the first of its kind professional network for angel investing in the Euro-Asia corridor at a grand scale, something that has been missing and is a critical gap between two of the biggest startup economies.

The Founders of JPIN, Nayan Gala and Gaurav Singh, will be the Managing Partners of JPIN Venture Catalysts UK, and oversee the expansion process to ensure seamless client acquisition, achieving swifter turnaround times and develop better business terms to develop a strong VCats community while providing access to exciting and promising startups across Europe. Both Nayan and Gaurav are recognized leaders in the UK-India corridor, growth strategists and startup mentors. Together, the aim is to reach out to potential businesses across various verticals.

Commenting on the current association, Nayan Gala, Managing Partner, JPIN Venture Catalysts, UK said, “We see the Euro-Asia corridor to be indispensable in providing start-ups and scale-ups collaboration and growth capital across the borders. There has been a significant increase in trade between India and UK in the last few years, currently estimated at £20Bn. We are very excited to partner with VCats to provide a credible platform to the Euro-Asia investor community, with vetted start-ups. VCats is well known for its unique early access to the most promising start-ups as well as a robust due diligence process. More importantly, VCATs’ clever model of leveraging its strong and vast network of investors, to grow its portfolio companies, has demonstrated a good growth trajectory to its existing portfolio companies while providing good investor returns. British-Indian and British-Asian diaspora in the UK are second wealthiest among British major ethnic groups. There is already strong interest from the community, amongst other established communities, to join this network and be part of the Euro-Asia growth story. JPIN has been very active in the UK to build a ‘capital without borders’ strategy in the Euro-Asia corridor via its advisory, mentoring and thought leadership. The vision of VCats & JPIN combined with the thriving start-up environment in these regions can only result in great opportunities for the start-up ecosystems across borders.”

In fact, the positive response from the existing community of investors and start-ups in London has also strengthened VCats’ resolve to enter London in a big way. Remarking on the same, Anuj Golecha, Co-Founder, Venture Catalysts said, “VCats already has a strong presence in Middle Eastern and South-East Asian business communities, and the current expansion to London is aimed at presenting a more comprehensive global presence while catering to the great business environment and opportunities present there. Apart from gaining access to the spirited start-up community in London, a big positive for us has been seeing the warm response from the expatriate and Euro-Asian business community here. The community has been proactive in enabling this expansion as they have struggled to get desired scale of access to the Indian startup community, due to dispersed and often softly advertised pitching events. Asians have been amongst the biggest investors in the UK over the past years, and UK has been a key investor into India for over a decade. JPIN-Venture Catalysts is looking forward to functioning as an efficient bridge between stakeholders in both regions to develop a cohesive and thriving start-up ecosystem that promises a steady exchange of ideas, opportunities and resources.”

Through its strategic partnership with JPIN, VCats has taken a strong step forward to initiate its operations in arguably the most important Western market. The London start-up community is teeming with businesses that project considerable value, and JPIN’s network of established facilitators can handhold them through business improvement, consolidation, foreign expansion, diversification and growth support.

Venture Catalysts is India’s first integrated incubator. It invests $250K – $1 Million in early-stage startups that has potential to create enduring value for over a long period of time.