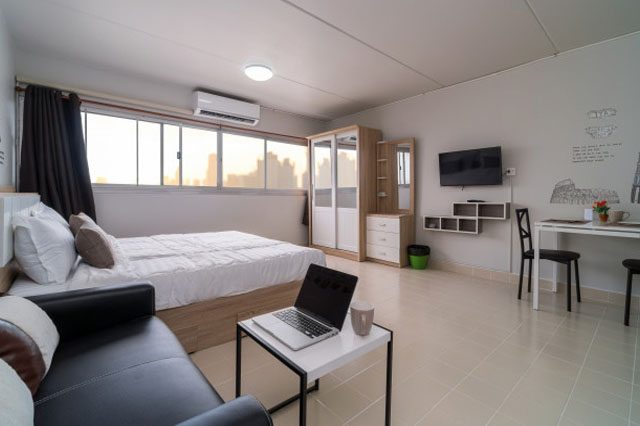 Job opportunities in the financial sector and low housing affordability are major driving factors for the growth opportunity in the co-living sector in Mumbai.

Co-Living is experiencing rapid traction across the markets and has been a disrupter in many ways in markets across the world. Amid changing lifestyles and stratospheric housing prices across major economic centres, co-living provides an alternate flexible accommodation option for temporary and transient workforce. This modern form of urban housing is not a new concept, with other forms of shared spaces already in existence; e.g. hotels, serviced apartments, hostels etc. Building upon a similar model, Co-living innovates by providing a curated social environment that builds upon the community via three distinguishing characteristics; Shared Spaces, Events and Community.

These six attributes have been allocated different weights based on their relevance and importance which in summation provides a metric to quantify the magnitude of co-living’s likelihood of success across the various Asia-Pacific cities.

With a weighted average score of 65.94 across six basic parameters, Mumbai (5th) has emerged as the top potential market for Co-living in India due to higher prices, rapid and continuous gentrification as well as its unchallenged position as India’s top economic centre, offering vast opportunities for growth of the co-living sector. As compared to 2010-2012, the venture capital deal flow in Mumbai spiked by 288% in the period between 2015-17. The rise in deal flow is a key indicator of the quality of job opportunities which are being created in the financial hub and a ready demographic pool which the co-living operators can cater to, given the omnipresent shortage of quality rental housing dwellings near employment hubs.

New Delhi features on the Co-Living Index at 11th position. Despite a relatively higher housing affordability than Mumbai, the general population and human development index in New Delhi is much higher than that of Mumbai, making it an apt choice for co-living operators to expand in as this is a key demand driver. Being the national capital of India, New Delhi’s attracts both the internal and external migration of capital and people, which bodes well for co-living sector’s expansion going forward.

Being a prime technological hub, Bengaluru not only has access to talent but also a conducive and self-sustaining business environment and a vibrant start-up ecosystem supporting the gig economy due to which the city features at 19th position on the said index where the co-living sector can thrive. Co-living operators in India, having recognized Bengaluru’s relevance to attract digital nomads early on, are continually augmenting capacities in their co-living communities and are also expanding in suburban and peripheral locations to cater to the burgeoning demand from this growing talent pool.

• China’s co-living sector is one of the most developed having started since the early 2010’s, Beijing is ranked 1st in the Co-living Index followed by Tokyo (2nd) & Shanghai (3rd).
• Job opportunities in the financial sector and low housing affordability are major driving factors for the growth opportunity in the co-living sector in Mumbai with 55% weightage as per the Co-living Index.
• 288% spike in the venture capital deals in Mumbai is a significant factor accounting for quality of job creation resulting in growth opportunities for co-living sector.
• Mumbai’s large population is another major factor that offers scope for market penetration by domestic Co-living operators.
• New Delhi ranked 11th with total score of 53 in the Co-living index. Major Co-living operators in NCR such as CoHo (2500+ beds) and Stanza Living (2000+ beds) is occupied at more than 90% showcasing the demand for Co-living spaces.
• New Delhi stands 2nd after Tokyo in General Population & Human Development Index resulting in a key demand driver for the co-living sector.
• Bengaluru (ranked 19th) is third Indian city after Mumbai & New Delhi which is placed amongst other major Asia-Pacific cities in the Co-living index.
• CoLive (8000+ beds) and Zolostays (10000+ beds) are currently occupied at more than 85%.

“In India, the Co-living concept is gaining widespread acceptance and has brought to the forefront some new models in the private rental sector. With a vast globalised workforce and lack of affordable housing, Co-living has become an ideal choice to many millennials. The growing interest for co-living spaces in cities has been instrumental in many investors sitting up and taking notice of this emerging sector to diversify their portfolio and risk. Further, the proposed Model Tenancy Act will provide the right legal framework for the growth of Co-Living in Indian cities, which already has a strong demand base” said Shishir Baijal, Chairman & Managing Director, Knight Frank India.