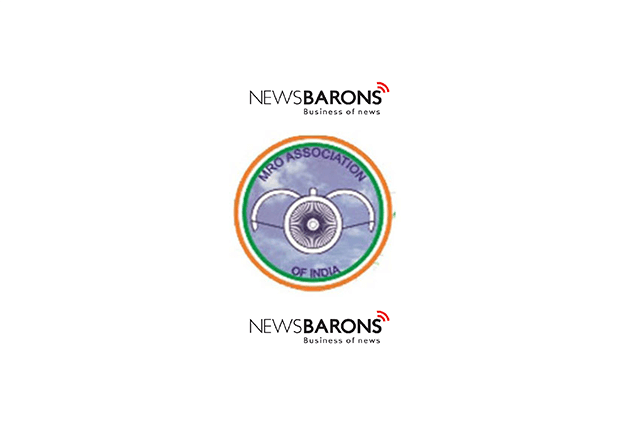 With 90 per cent of the MRO requirements of India being imported, the import driven policy has lost 90,000 direct jobs to countries like Sri Lanka, Singapore, Thailand, France and Germany.

India is in the midst of an aviation boom with the Civil Aviation segment registering a consistent growth rate of 20 per cent over the last few years. However, its Maintenance, Repairs & Overhaul (MRO) industry which should have grown in sync, has instead nose-dived into losses. The MRO Association of India (MAOI) has stated that in the current Financial Year 2018 -19 the industry has registered negative growth. With 90 per cent of the MRO requirements of India being imported, the import driven policy has lost 90,000 direct jobs to countries like Sri Lanka, Singapore, Thailand, France and Germany. In a pre-budget memorandum, the MAOI has appealed to the Finance Ministry to, on priority, fix the lop-sided tax policies to create a level playing field between the Indian MRO industry and foreign MROs.

The MAOI’s has made the below key recommendations to the Government for the future and growth of the Indian MRO industry: –

1. Reduce GST for Indian MRO services to 5% to bring it on par with foreign MRO services. Alternatively, Customs Duty on MRO services (where such capabilities exist in India as per DGCA CAR 145 approved organizations list) should be applied at 18% on all imports.

“Based on data from Original Equipment Manufacturers (OEMs) the current fleet of 550 airliners is expected to grow to 1000 by 2023. The Government is focused on creating new infrastructure and is encouraging domestic carriers to expand their fleet size. While this is a positive development for Indian Aviation, it has no bearing on its immediate ancillary MRO sector. This is because the present GST for importing MRO services to India is levied at 5 per cent, whereas the same services offered at home are taxed at GST of 18 per cent. Of the several requests we are making to the Ministry through the pre-budget memorandum, our highest priority is to have the GST reduced to 5 per cent for the Indian MRO services to bring it on par with foreign MRO services. All we are asking for is a level playing field and feel it is completely justified, if the Indian MRO has to survive,” says Mr Bharat Malkani, President, MAOI.

“Indian MRO players have more than adequate capability for Airframe MRO. The total MRO spend over the last five years has been close to INR 31,500 Crores and Airframe MRO constitutes approximately 27 per cent of total MRO value which is INR 9,450 Crores. This is the direct revenue loss in foreign exchange to the Government of India. Besides, the development of a sustainable ecosystem in terms of component overhauls too is being neglected, jeopardising its future prospects,” says Ravi Menon, Vice-President, MAOI.

Asia is expected to be the next growth engine in the Aviation sector. China and India will be in the driver’s seat during this expansion which will witness the doubling of fleet size and the related MRO services. It is in anticipation of this as well as the current downward spiral of the MRO sector, that the MAOI has requested the Ministry for its urgent attention.

“MRO is essentially a products and services amalgamated industry. It is estimated that the current MRO import bill for the year 2017-2018 of US $1.4 billion will rise to US $3 billion by 2023. Against the Indian GST of 18 per cent, countries such as Singapore and Malaysia GST is levied at 7 per cent, and Sri Lanka does not levy any tax at all. No wonder that despite the Government opening up 100 per cent FDI; no foreign player wants to set up shop here. Our most earnest request to the Government is to set this anomaly right, at the earliest or else the Indian MRO sector will close down,” concludes Mr Malkani.