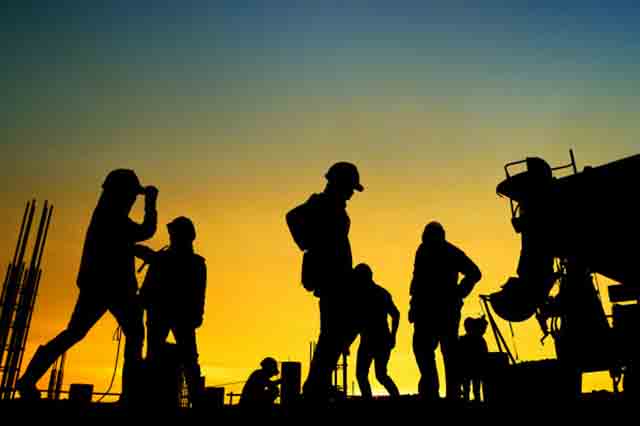 Azim Premji University released its study on ‘Impact of COVID-19 on Livelihoods of informal sector workers and vulnerable groups in Bengaluru: A view from the ground’ in Bangalore today.

Informal sector workers, lacking the safety-net offered by formal sector employment, have been adversely affected by the impact of the COVID-19 pandemic. Prolonged livelihood loss and a slow revival of trade have continued to stress the lives and livelihoods of these vulnerable groups. Managing essential household expenses, mortgage, access to health care, and diminished employment opportunities are some of the major challenges faced by such families. This study, undertaken in December 2020 reveals the nature of the pandemic’s impact upon informal sector workers across the city of Bengaluru.

The study finds that the current status of livelihoods of many informal sector workers, whether self-employed in nature (street vendors, waste pickers, auto drivers, mechanics, dhobis, small business) or working on wages rather than fixed salaries (domestic workers, sex workers, construction workers, piece rate workers) and vulnerable groups (garment workers, security staff, retail shop workers) endured severe disruptions and has not revived to levels before the spread of the pandemic.

Most informal sector workers and vulnerable groups have suffered a drop in income compared to pre-pandemic levels.

Migrant workers are returning but unsure of their future.

• 50 percent or more migrants (including from Karnataka) left Bengaluru in the first few months. They were mainly from Andhra Pradesh, Tamil Nadu, Assam, Bihar, Jharkhand, Odisha, West Bengal and from other districts of Karnataka.
• Of the approximate 50 percent migrants who left Bengaluru, around 18 percent have returned. About 32 percent are still not back.
• Half of these 32 percent who have not returned have indicated that they would come back by January.

Civil society organisations report that informal sector workers and vulnerable groups across the city have suffered from sustained lower income which continues.

• Street food vendors report 50 percent lower sales and a low volume of business.
• Also, reclaiming their physical space of vending is a challenge.
• Sex workers report more than 50 percent fall in business while soliciting rates have also decreased by 40 percent.
• Waste-pickers have suffered because 70 percent of the small scrap shops are still closed leading to disruption of the market chain.
• Domestic workers in the IT corridor (Sarjapur Road, Marathahalli) are severely affected as only 25 percent jobs have resumed. However, 80-90 percent jobs in central parts of the city (Malleswaram, Indiranagar, Koramangala) have resumed.
• The construction sector is slowly reviving, with around 60 percent of its total capacity currently operational
• The study also finds that while 15 percent informal sector workers are still unemployed after losing their previous jobs, in addition 23 percent had experienced a break in employment during the pandemic, and, about 46 percent are currently engaged in the same job but with less pay.

Informal sector workers, especially the vulnerable and disadvantaged such as women and elderly workers, have experienced difficulty in sustaining existing livelihoods as well as in finding jobs. Over 10 civil society organisations, subject-matter experts and members of the Azim Premji Foundation, conducted this study through a combination of personal interviews, secondary data, and surveys, comparing the situation of the informal sector workers and vulnerable groups of the city now to that of before the lockdown beginning March 2020.

The report emphasizes that informal sector workers and vulnerable groups have highly precarious livelihoods. These challenges need to be tackled on multiple fronts, including creation of better-quality livelihood opportunities, adequate social security, and public services. This requires a synergy and collaboration between business, civil society and government, mere economic growth is insufficient to address these fundamental structural issues.

The full report is available at: www.azimpremjiuniversity.edu.in/Impact-of-Covid-on-livelihoods