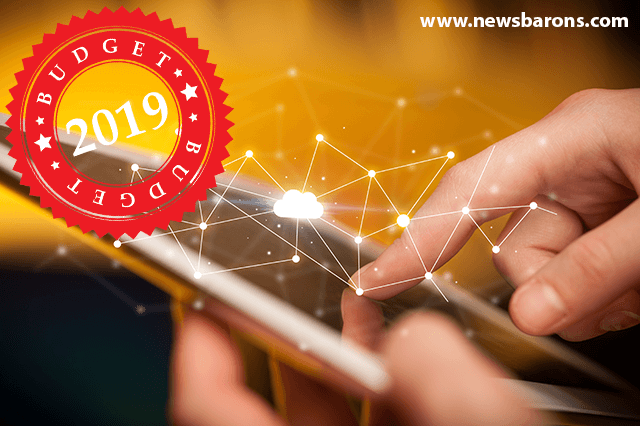 The government has given fair impetus to the technology sector

The government has given fair impetus to the technology sector, and indicates its commitment to use technology as a platform to build a Digital India that reaches every citizen, by transforming 1 lakh villages into Digital Villages.

Focusing on AI in two consecutive budgets, the announcement of a national centre for AI supported by Centres of Excellence in 9 priority areas conveys how important this key technology is for the government, as the country aims to become a $5 trillion economy in the next 5 years. This furthers the announcements in AI investments and institutions made in 2018 which expands the scope of research and collaboration. However, the industry is looking to understand how these institutions are creating a favourable environment to foster entrepreneurship or AI research, and how the investment is creating on-ground impact, helping enterprises and deep-tech startups to create market value. The national AI portal is a good move to facilitate the vision of Minimum Government, Maximum Governance as part of Vision 2030, being a catalyst for emerging technologies, and a platform to unite the efforts of a massive institution like the central government.

The emphasis on increasing tax-paying base, and reducing tax burden on middle class, in addition to GST show the government’s overall commitment to plug leakages and improve tax collection processes. The reform of the tax environment shows rapid strides towards efficiency and transparency. Given the interim nature of this budget, expectations around corporate tax, Place of Effective Management and skilling involvement in the IT sector have been missed. We are hoping the full-fledged Budget in July will address key expectations and boost the output of the industry.

Budget could have had incentives for coworking sector

Leading the world in mobile data consumption is a big milestone for India and promises a great opportunity for development. The lower rates of 4G data are pushing the opportunities for digital growth, even in the hinterlands of India. We believe that the next crucial step will be addressing cybersecurity concerns, as a number for first-time users; and users with a lack of nuanced understanding of cybersecurity are expected to on-board the digital bandwagon.
Hence, educating the new internet users about data privacy and online safety should be highly prioritized. As the world moves towards digitization and IoT connected devices, personal data is the most vulnerable commodity and must be carefully safeguarded.

This budget is providing major boost to real estate segment through fiscal incentives like extension of benefit Under Section 80 IBA, no tax on notional rent on unsold inventory for two years, no notional rent on two self-occupied properties instead of one. Additionally, direct benefit of INR 6,000 to small farmers will provide positive sentiments and will have a positive cascading effect on GDP growth. We welcome the step to promote AI hubs in India which will help to build technical competence and have a long-lasting impact from the technology point of view for the future of India.

This budget has populist and election-oriented flavour, Government will have to balance the spending and keep the fiscal deficit under control.

Today’s budget has proved that the government is poised to build middle-class, farmers and women development in the country, the government is laying out the vision for the most important dimensions for the next 10 years to make India a $10 trillion economy and enhance ease of living including development of roads, railways, seaports, health, among other things. Removing the tax slab till 500,000 is certainly going to help middle-class to save more money. Though 6,000 is a small amount but its a welcoming step for farmers. I would call it a poll-targeted budget, however. IT Return processing in 24hrs and tax assessment electronically is going to increase participation of all classes for
sure.

India has become the 2nd largest start up hub in the world. The Indian government is launching a national program to develop artificial intelligence & has identified 9 priority areas that the AI program will focus on. However, tax reliefs for start up investments has not been addressed in this budget. Startups generate the highest number of new jobs per unit of invested capital compared to private or government investments. In most western economies, therefore individuals are encouraged to invest into startups by providing 33%-100% write-offs of the amount invested every year.
The government of India could encourage investments into startups by considering such investments being included in the list of investments covered under 80C thus encouraging startup investing. Currently, capital gains from profits made in real estate transactions are exempted if the proceeds are re-invested in a residential property under certain conditions. This encourages individuals to invest in residential properties. This has partly led to excessive investment in this sector leading to glut in some of the markets and dead inventories. The same exemption could be
extended to investments into startups so as to encourage the movement of capital into this sector which is more productive for the overall economy. Startups could also be considered for GST exemption for the first three years of their operations as a means of increasing time and resources thereby focusing on survival & growth, crucial for their company and nation.

Many if not most Indian startups futures are linked on higher consumer spending. The budget has created spending power for both rural and urban middle class consumers and hence positive. How large an impact that will be of course only time will tell.