The direct and indirect benefits of the Interim Budget 2019 are likely to bring a profound change in the demand and supply economics of the real estate industry. Since, affordable housing is the need of the hour, extending the benefits under Section 80-IBA of the Income Tax Act for one more year will surely lead to a rise in end-use consumption of homes. Also, with inflation at an all-time low and the announcements on income tax rebate schemes will provide impetus to home buying sentiment in the country. Secondly, extension on period of exemption from levy of tax on notional rent, on unsold inventory from one year to two years, is a welcome move for the builder community. This budget ahead of the election looks like a balanced and inclusive one with thrusting growth and enhancing consumption at its centre.

Focused on the overall economic growth 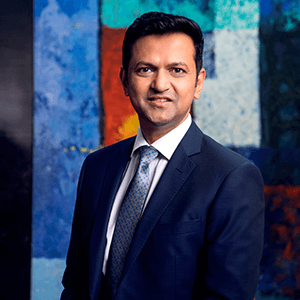 The interim union budget 2019-20 presented by the Honorable Interim Finance Minister Piyush Goyal was focused on the overall economic growth. While the industry was hoping that the budget provides relief to the real estate industry by announcing interest rate subventions and increasing the cap on home loans eligible for subsidies, we expect these to be addressed soon. Nevertheless, the tax amendments introduced to reduce the burden on the middle-class taxpayer by providing tax rebate to citizens earning up to INR 5 lakhs per annum is expected to make home buying easy, especially for first-time homebuyers. Additionally, the extension of one year on income tax on notional rent from unsold houses and no tax on notional rent on the second self-occupied house is expected to provide respite to the realty market. Along with this, the process of filing tax returns electronically is expected to infuse greater transparency into the system and complement the policy reforms taken earlier by the government. Most importantly, the central government’s focus on infrastructure development in terms of airports, sea-ports, highway, railways, etc is expected to open up new avenues of development for builders. Overall, the budget is expected to provide momentum to the growth of the economy at a steady rate.

The interim budget presented by the Finance Minister is a welcome move and provides major relief not only to the buyers in the low income group and mid-segment but also developers at large. This will give boost to the economy in the long run as it focuses on providing roof to every human by 2022. The budget also gives boost to affordable housing segment and resolves the challenges of unsold inventory. It is a great honour to know that we have become the 6th largest economy in the world and India is the fastest highway developer in the world. This explains the impeccable connectivity we are achieving on a daily basis. The vision of the Government to provide a roof, clean drinking water, proper sanitation services to all and constantly motivating people to lead a healthy life, is indeed a thoughtful move. As far as the real estate sector is concerned, it is a joyous moment for the home owners, those dealing in rented houses and also those who are perturbed by unsold inventories. To ease the burden on people living in rented accommodation there will be no TDS applicable if the rent amount is 2.4 lakh which will now encourage people to go for rental housing as well. To favour the middle class, declaring the rollover of capital gains from investment in one house to two houses is another major move that will hugely help the middle class population in areas where housing rates are normally high. Concentrating on the high number of unsold inventory, commercial and residential spaces both have been exempted from Income Tax on Notional rent for 2 years now which was earlier 1 year. This will surely give a lot of relief to the people who are dealing with unsold spaces. We have gone beyond incremental growth to attain transformative achievements. This has the potential to spearhead growth of the ancillary industries allied to realty sector, increasing job opportunities, thus creating a positive sentiment for the overall housing sector. Major emphasis has been given to the Infrastructure sector as well wherein the need to improve social and commercial infrastructure of the country along with improving inland water transport, railway networks and roads has also been discussed. Through such collective efforts, it will ensure fulfilling the vision of the government to become a 5 trillion dollar economy in the next 5 years by contributing a huge percentage to the GDP growth and along with ease of business also enhancing the ease of living for the people.

Budget defines its intentions for a New India by 2022

The Interim budget 2019-20 clearly defined its intentions for a New India by 2022. By allowing full tax rebate for individuals with income up to INR 5 lakhs and with additional deductions available on home loans, NPS, education loans, and medical insurance it provides more in the hands of the middle-class taxpayers who now have the power to better manage their finances and investment in their dream homes. Maintaining transparency has been an immense challenge for the sector, but with RERA and the Benami Transaction Act playing an important role in this new era, the pressure has drastically eased. Clarity on GST still remains unanswered as the council will appoint a Group of Ministers to give their recommendations. Infrastructure, the mainstay of the country’s development, has achieved the much-needed progression with India being the fastest highways developer in the world. Continued development of roads, railways, seaports, airports, urban transport, gas and electric transmission and inland waterways will break new barriers with respect to connectivity and ease of commuting. All of the above and more puts India in a position to become a $ 5 trillion economy in the next 5 years which makes the country the fastest growing major economy in the world today.

Although this is an interim budget, we look forward to sufficient measures taken to correct other requirements from the industry.

Given this is a pre-election budget, it garners more attention than other years and has raised hopes for taxpayer-friendly budget. While there were many proposals aimed at boosting the infrastructure, re-instating standard deduction was probably the notable benefit for the salaried class. Exemption of TDS on rented properties up to 2,40,000 per annum is also a favorable move for the common man. This can lead to a rise in demand from investors. The allocation of 19000 crores in the budget 2019 towards Pradhan Sadak Yojana is welcomed as it is a necessity for India to remain firmly on a development path. The two-year relief for notional tax on unsold properties and benefits U/S 80 IB has increased to one more year -2020 are welcome moves and will help developers given the current industry consolidation post-RERA. The indirect benefit of the budget such as income tax support schemes will increase the disposable income thereby increasing the purchasing power of potential buyers driving up the sales velocity. Also, income tax for all housing projects till end of March 2020 has given a relief.