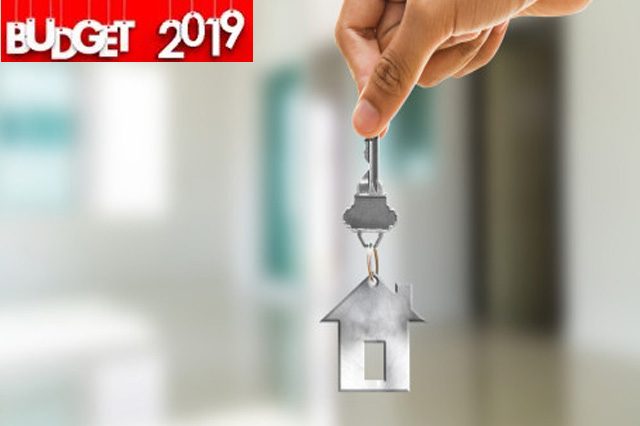 While the Government has taken several concrete measures, there is still a long way to go. We hope that the government looks into some of the key concerns raised by the industry and addresses the same soon.

The Union Budget 2019 has focused on the nation’s growth and brings a positive sentiment to the overall economy. With its focus on the agricultural and rural sector, infrastructure, education, job creation, digital economy etc, it is a budget for all. India’s real estate sector has a reason to cheer as Finance Minister has announced a range of sops for real estate developers as well as homebuyers in the Budget. These measures are expected to boost housing sector as well as investor sentiments in the near future and will provide ample opportunities for the home buyers to invest. On many fronts, this is a favorable and bold budget for the real estate industry. A massive boost for infrastructure will not only benefit the realty sector but also help other industries and create large scale employment in the economy. The government’s focus on infrastructure development of tier 2 and 3 cities will surely make these cities ready for next round of urbanization.

The last interim Budget bought cheers to the Indian real estate industry with a series of favourable initiatives that has given a strong push to the growth prospects of the sector. Much on expected lines, the government in Budget 2019 continued with its thrust for Affordable Housing by proposing to set up 1.95 crore houses under Pradhan Mantri Awas Yojna in next 2 years. Amongst the notable announcements for the real estate sector is the announcement of additional Rs 1.5 lakh deduction in income tax on home loans upto Rs 3.5 lakhs for affordable housing. This will drive the much-needed urgency in sales and bring the fence-sitters back into the market soon. In view of the housing shortage in the country and the objective ‘Housing for All by 2022’, the announcement of new reforms for Rental housing will be a big boost to the sector. Currently high cost of houses and high property taxes lead to a low rate of return (ROR) from rental housing, making renting out an un-remunerative proposition. The new model tenancy is expected to balance the rights and responsibilities of both landlords and tenants that will make the rental market more efficient and streamlined across the country. Moreover, the use of government’s land parcels for public infrastructure and affordable housing shall further narrow the demand-supply gap. The decision to allow foreign institutional investors to subscribe to REITS and INVITs is also a welcome move.

While the Government has taken several concrete measures, there is still a long way to go. We hope that the government looks into some of the key concerns raised by the industry and addresses the same soon. To bring back growth in the sector which is so vital to any developing economy, we expected Government to impart industry status to the sector which would enable developers to cut capital costs and pass on the benefits to consumers. We were also expecting single window clearance which has been a long pending demand from the sector. There was significant expectation to cut GST rates to a single, standard rate, and not have multiple rates or taxes. The abolition of stamp duty or its incorporation under GST would have been an added advantage. The need of the hour is to lower interest rates which will help resolve the existing liquidity crisis and boost housing demand. Also, there is certainly a need to relook at the tax structure. There must be reconsideration to reduce the percentage for the 5 lakhs to 10 lakh slabs as that will reduce burden and increase disposable income which will aid liquidity.

Going forward, we expect continued momentum for Indian realty to attract new investments into the sector and hope that the government brings positive measures for the holistic growth of the Indian real estate sector, imperative to fuel India’s growth engine. In conclusion, it can be said that the budget 2019 has set the stage for the economy to grow positively and achieve new heights through its reform measures.